Like most new apartments in Tokyo this one began as a series of closed rooms, slightly paranoid and inward looking, absolutely functional; connected by a perfunctory hallway, ceilings shifting only to manage the hvac equipment and the structure.

This idea of erasure is an important one, and suitable to our times, when architecture has lost its trust in spectacle and indulgence. In such a small space, and with no direct connection to the outside world, a kind of dissolved form offers depth where none exists. Building on this starting point the design is simple and reduced to a series of plywood sheets, layered and repeated horizontally and vertically to create a smooth movement between spaces. On a practical level these added planes make sense of the abrupt changes in ceiling height left over from the original plan, turn a door-lined hallway into a procession, and form a backdrop that emphasizes the singular view to the large park outside.

Hardware and mechanical systems are built into the wooden additions, while switches and other architectural features are used to form a simple design language to create a more contemplative atmosphere for the owners. 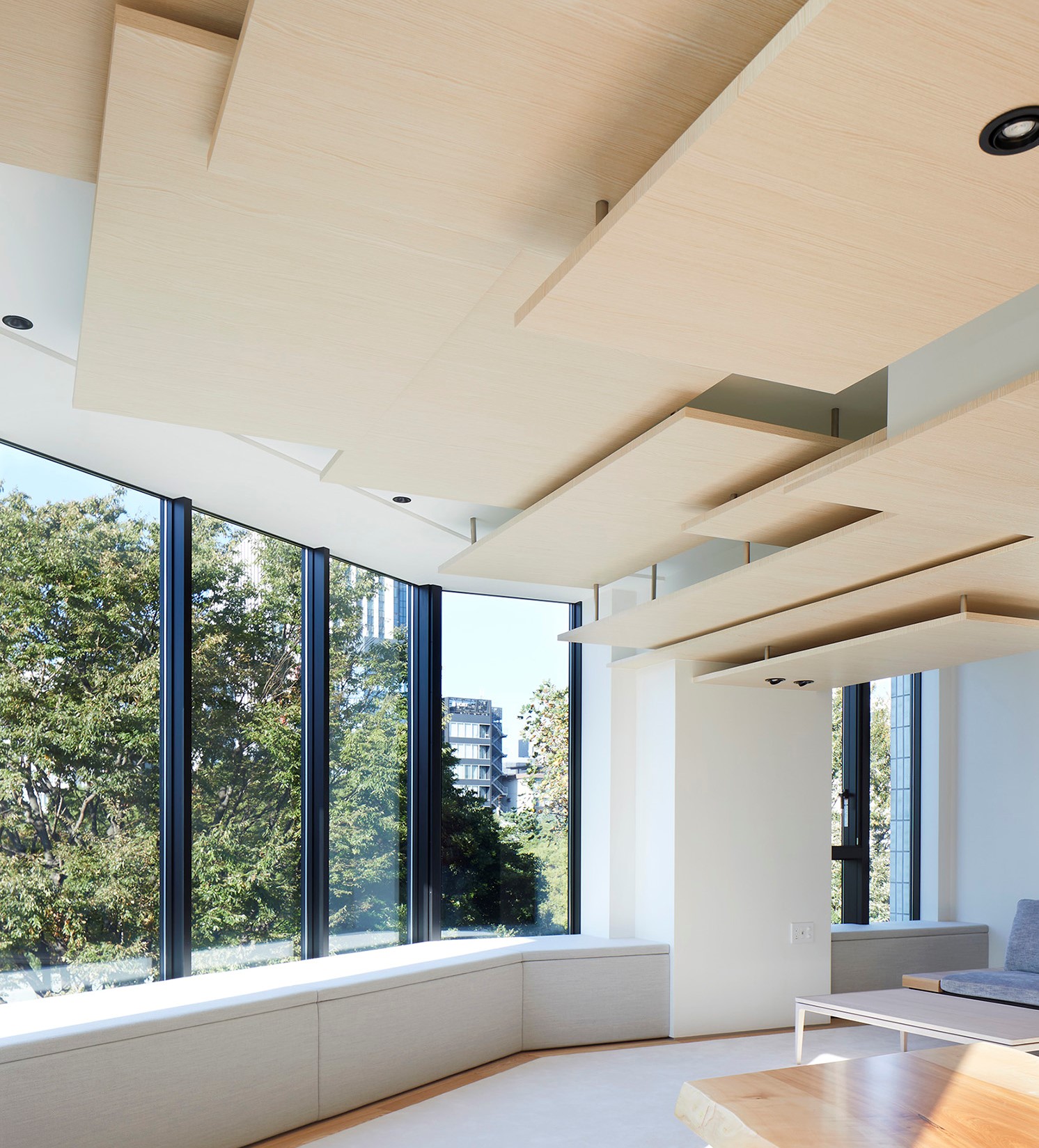 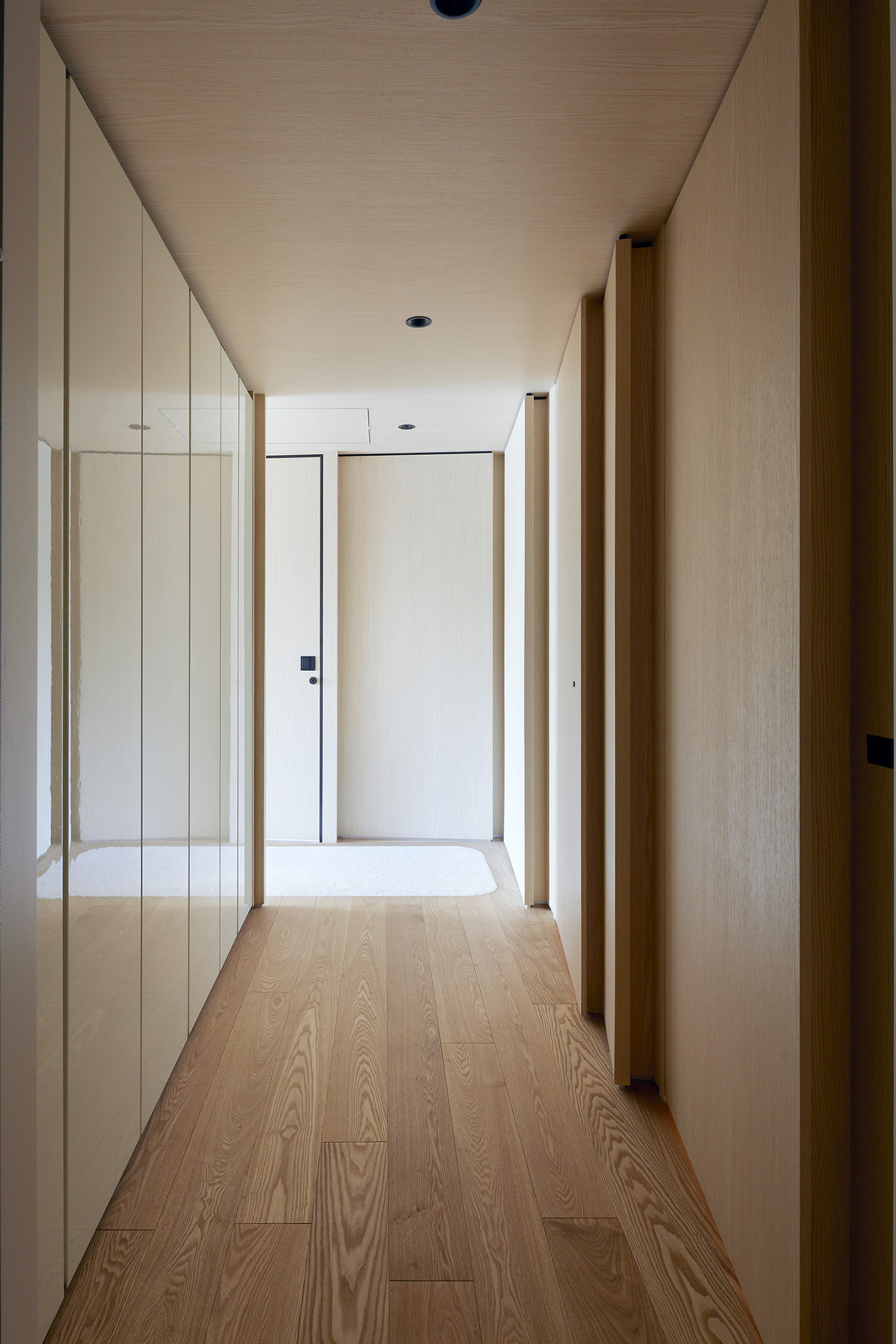 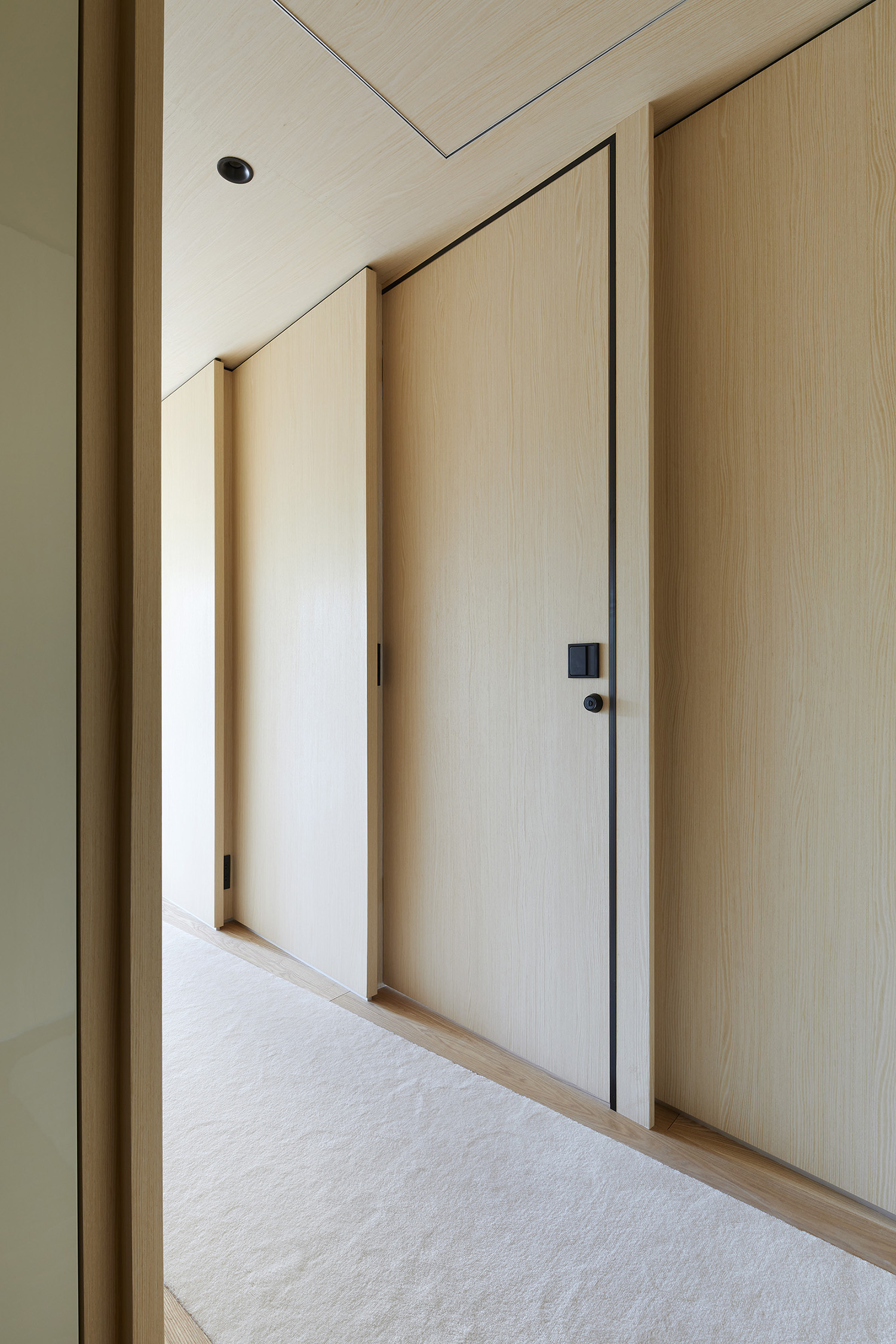 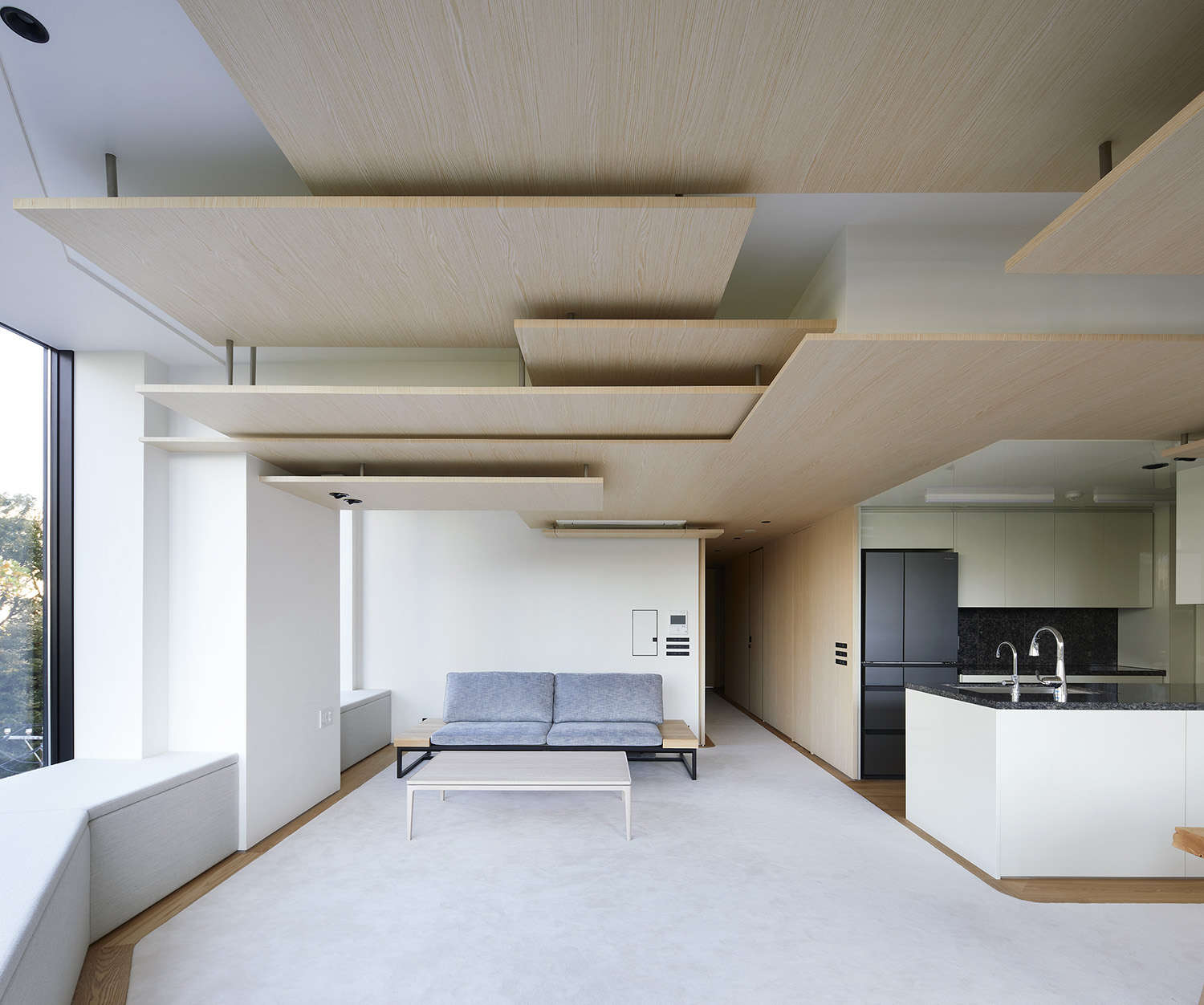 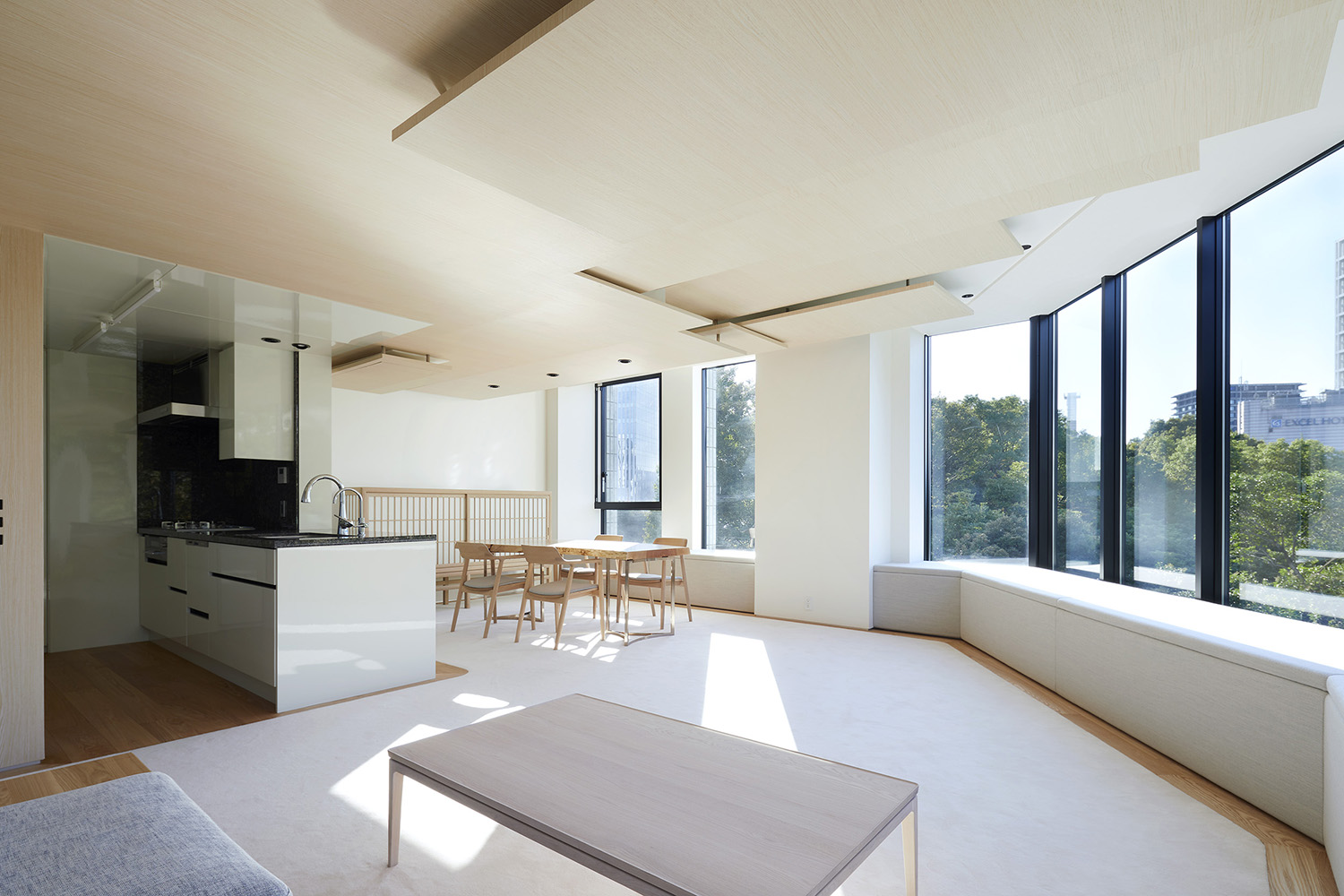 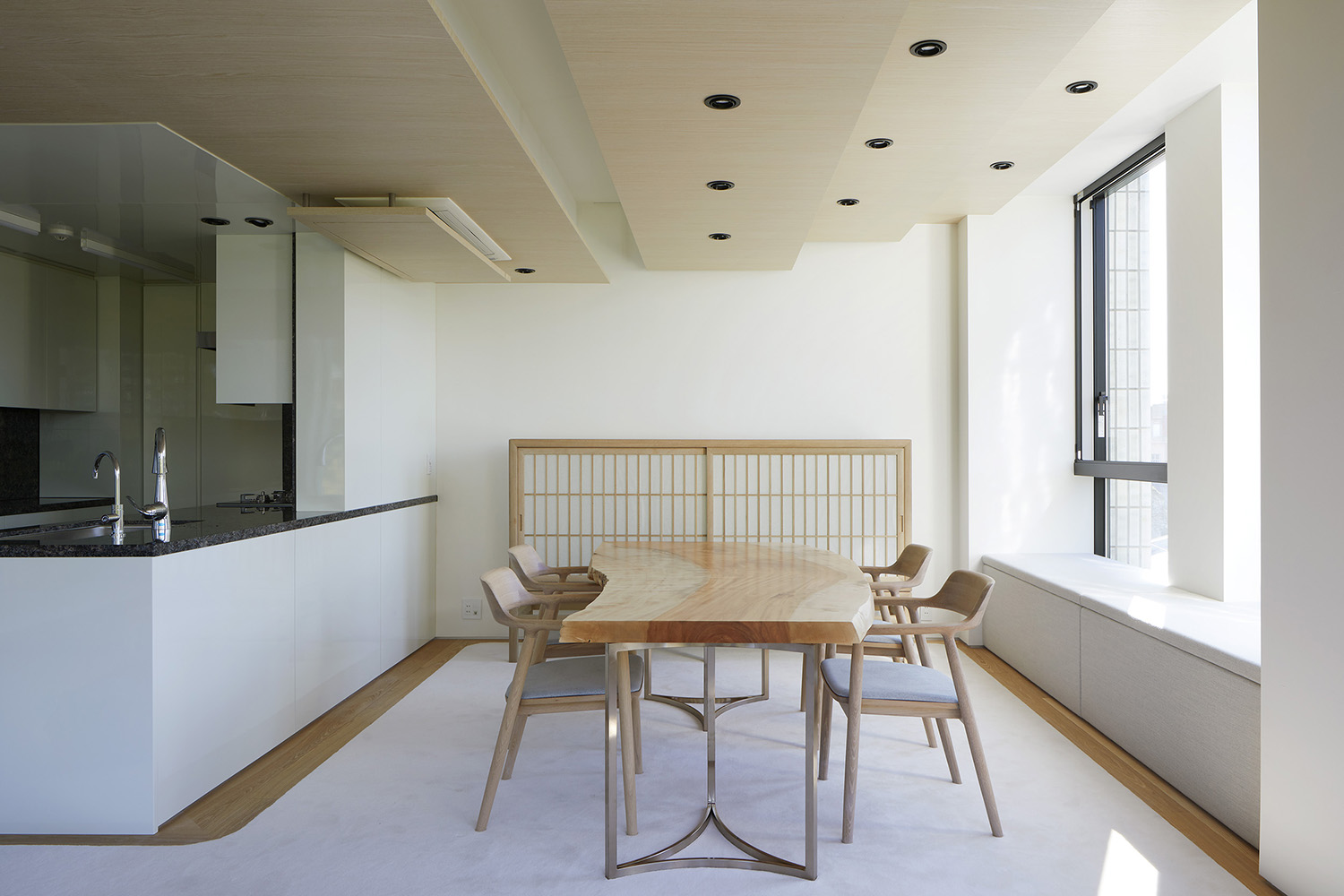 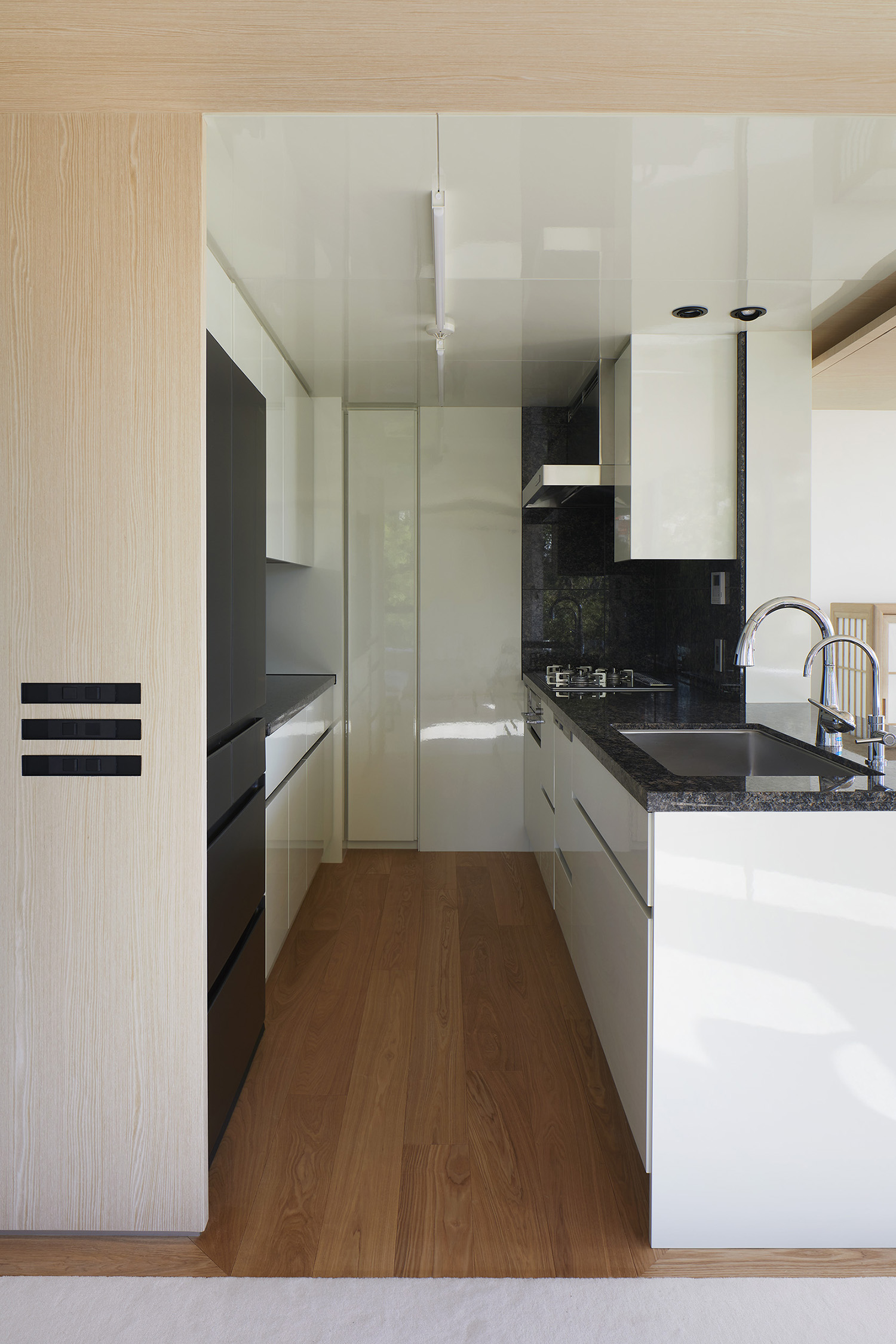 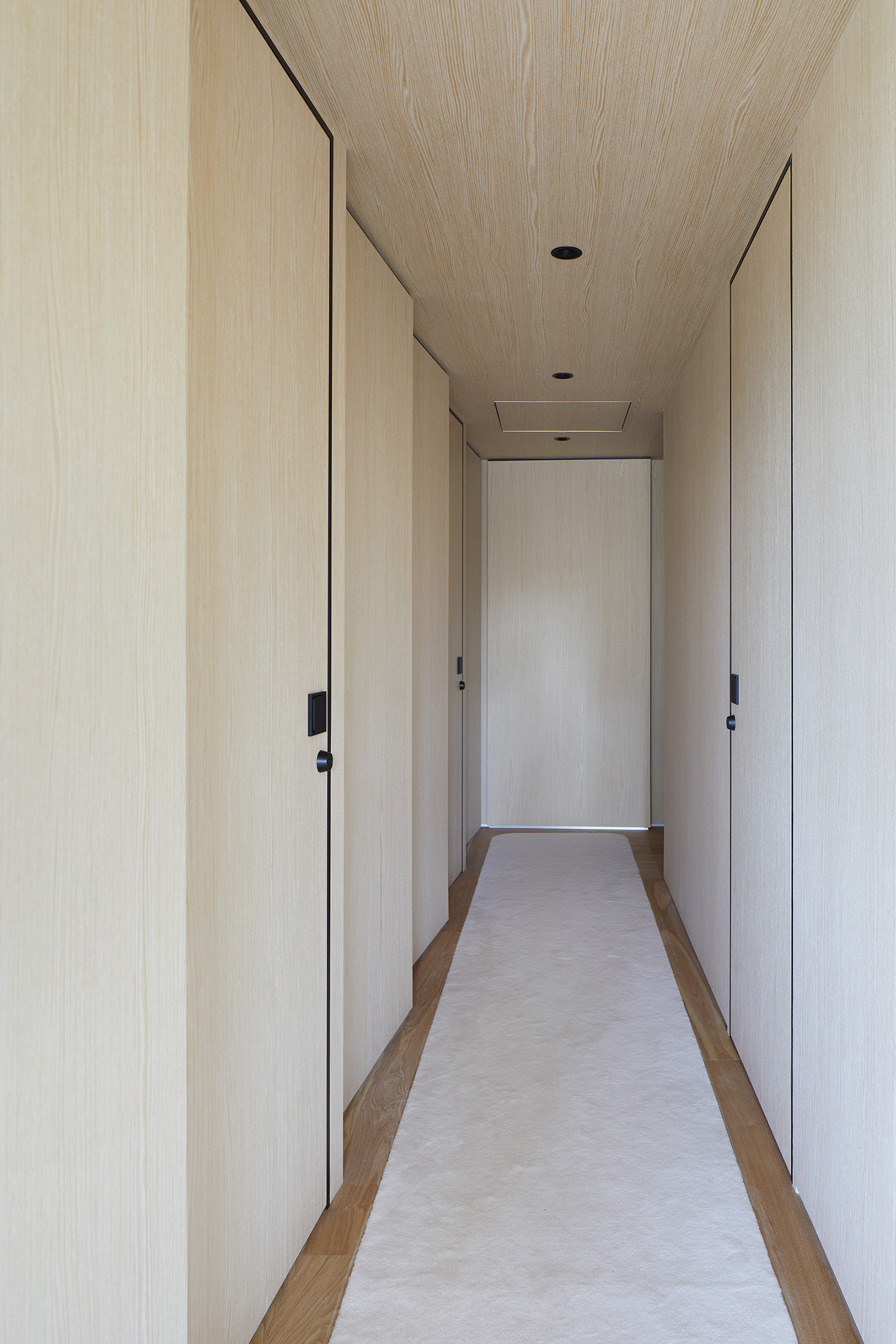 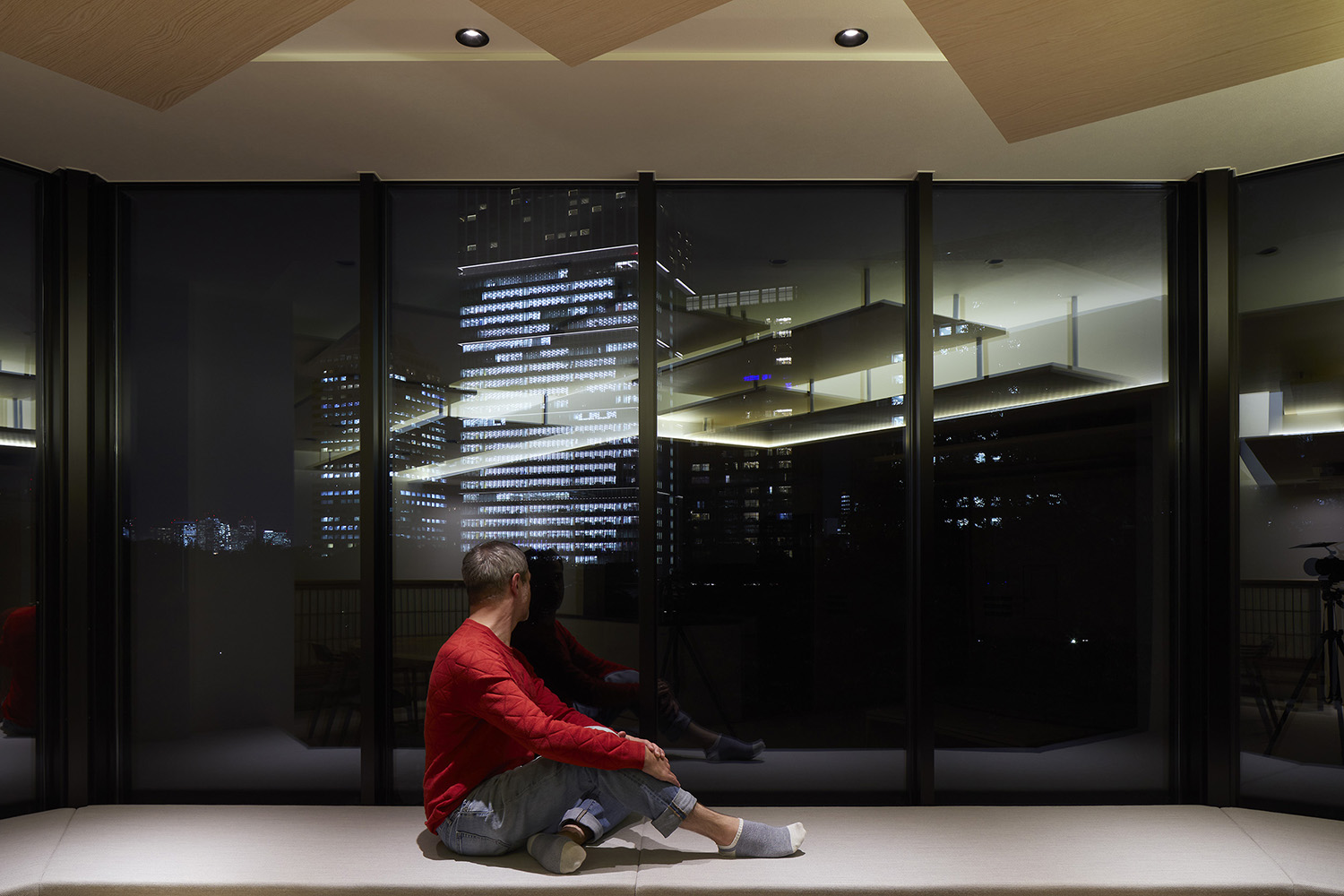 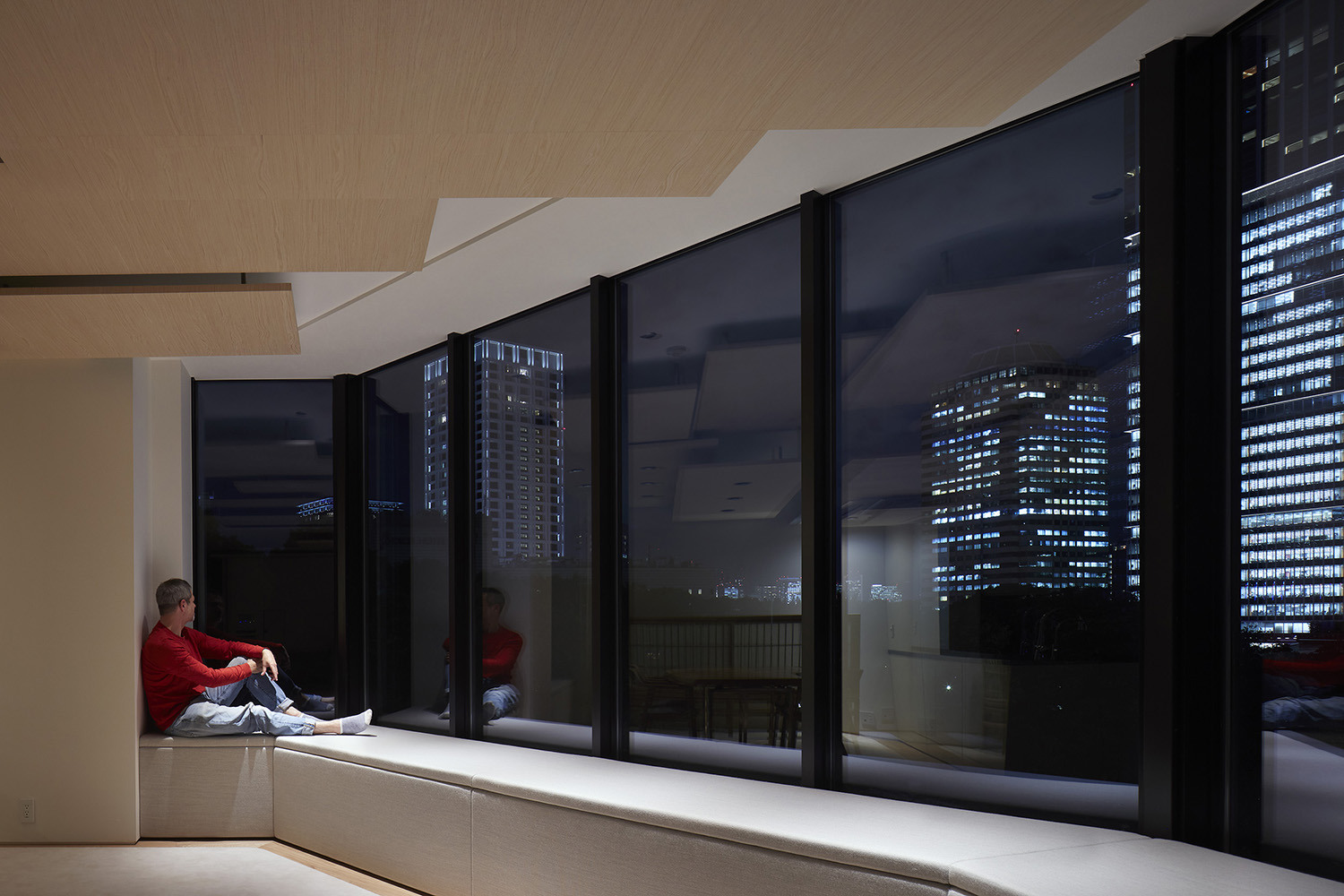 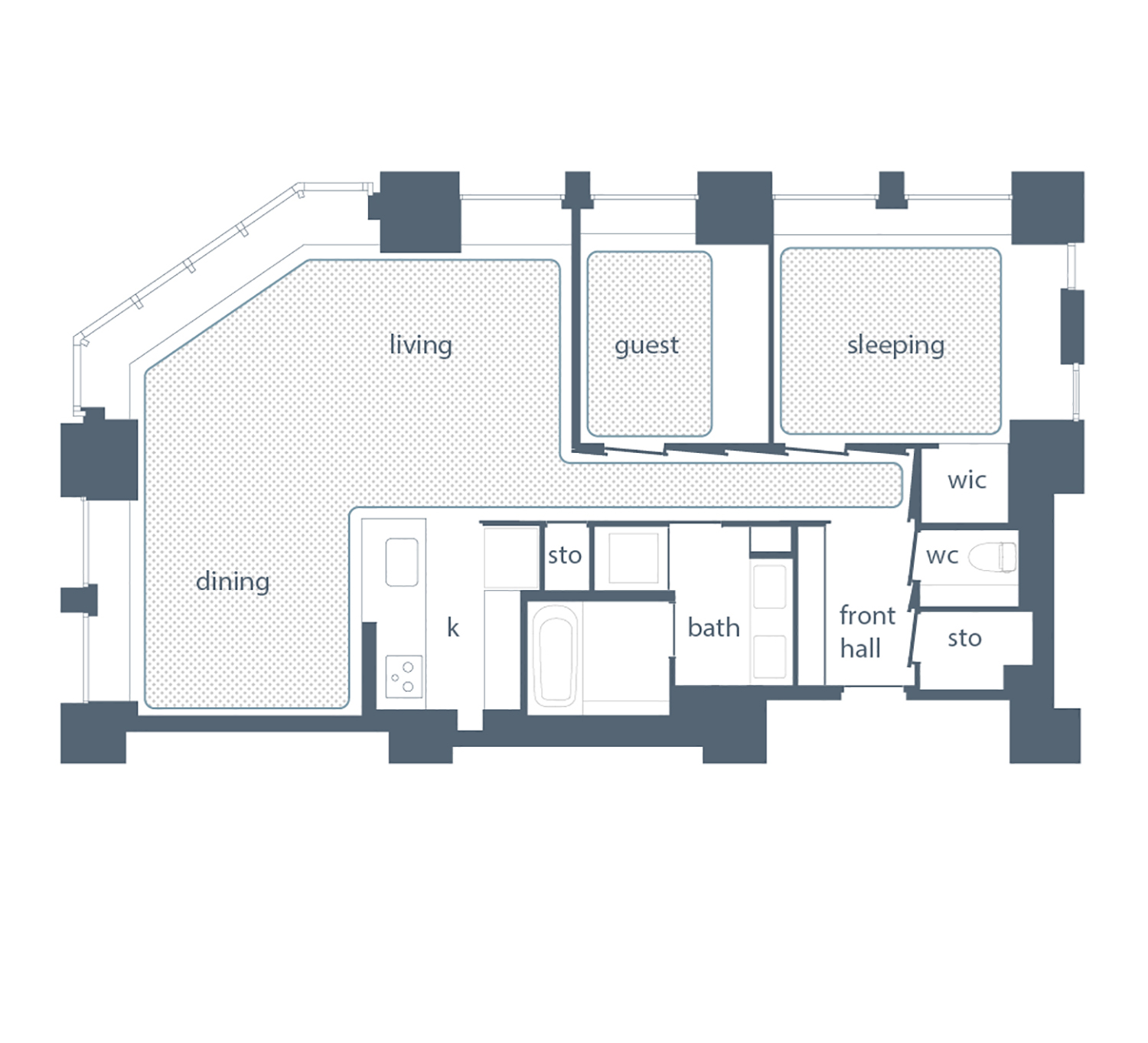