In the hills outside of the resort town of Karuizawa there is a series of hotels and rundown cabins that have fallen out of use. Between the town and the cabins is an empty piece of land, until recently occupied by a 2 story concrete building that acted as a rest step and information outpost for the region.

This was an area that served a Japanese population. In its heyday it was very popular and well used, but as Japan's population ages in every town and city across the country places like this are emptying and underused. They are ghost towns. But not with millions of people visiting Japan every year from all over the world there is a chance to bring back a different version of the community, built around sustainable design, something that touches the land more lightly, even rebuild the forests while hosting visitors who want to stay in the mountains of Japan after seeing the big cities like Tokyo.

The empty land will become the site of a coffee shop and community centre, with a farmer's market, gourmet food made with local ingredients, a learning centre for children (and adults), and a symbol for the ressurection of the area.

The new building will be made for easy assembly and dis-assembly for when it is no longer used. The landscape left over from its previous incarnation will be re-directed and rehabilitated, replanted with indigenous species and integrated with the new construction.Before this happens a temporary building that contains all of the same functions is to be built, to test the concept and to invite people to the site even before the new building is erected.

In keeping with the concept for the new building, this temporary pavilion is made from scaffolding and construction net, easy to assemble, easy to take down, leaving little trace of its presence. A mobile kitchen is combined with a blue stained plywood deck that extends into the woods, creating a series of small and large spaces that can host a farmers market, cafe, and workshop. Set up for a summer it will be removed in the fall and preparation for the new building will begin. 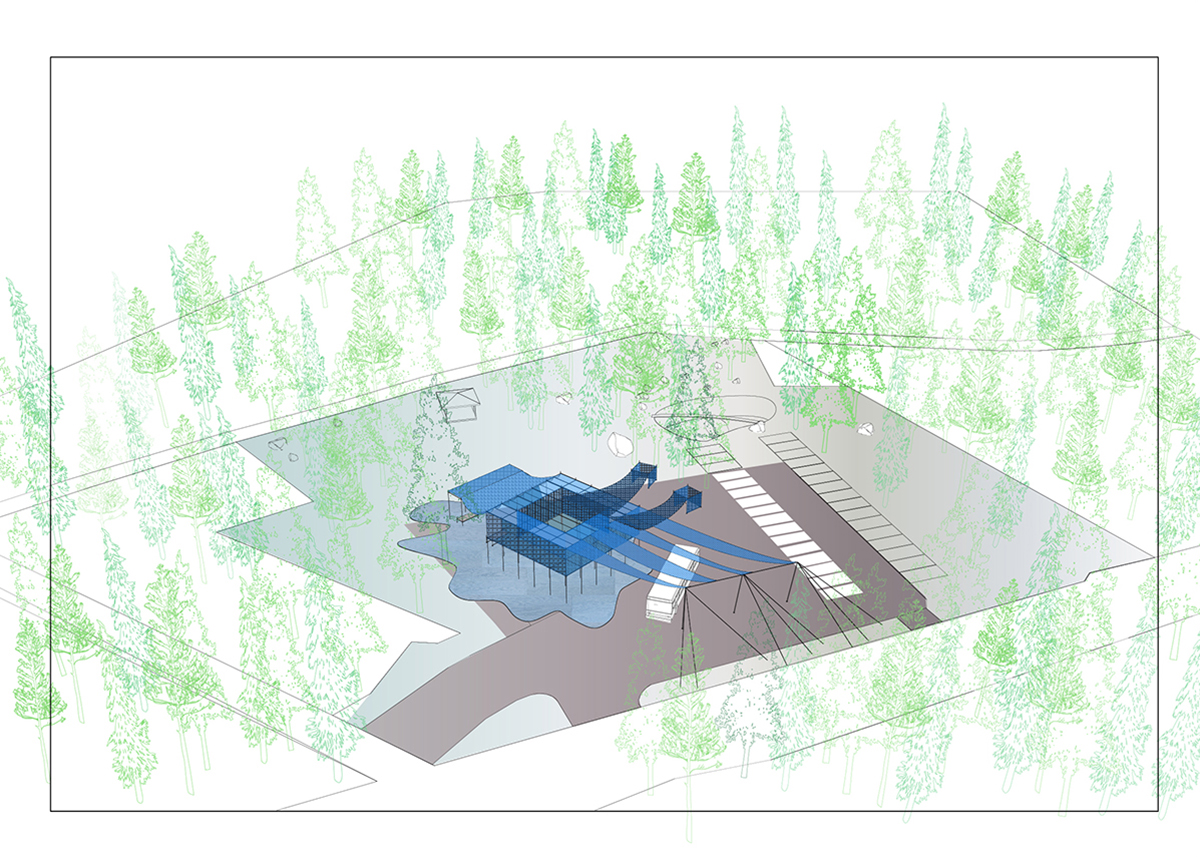 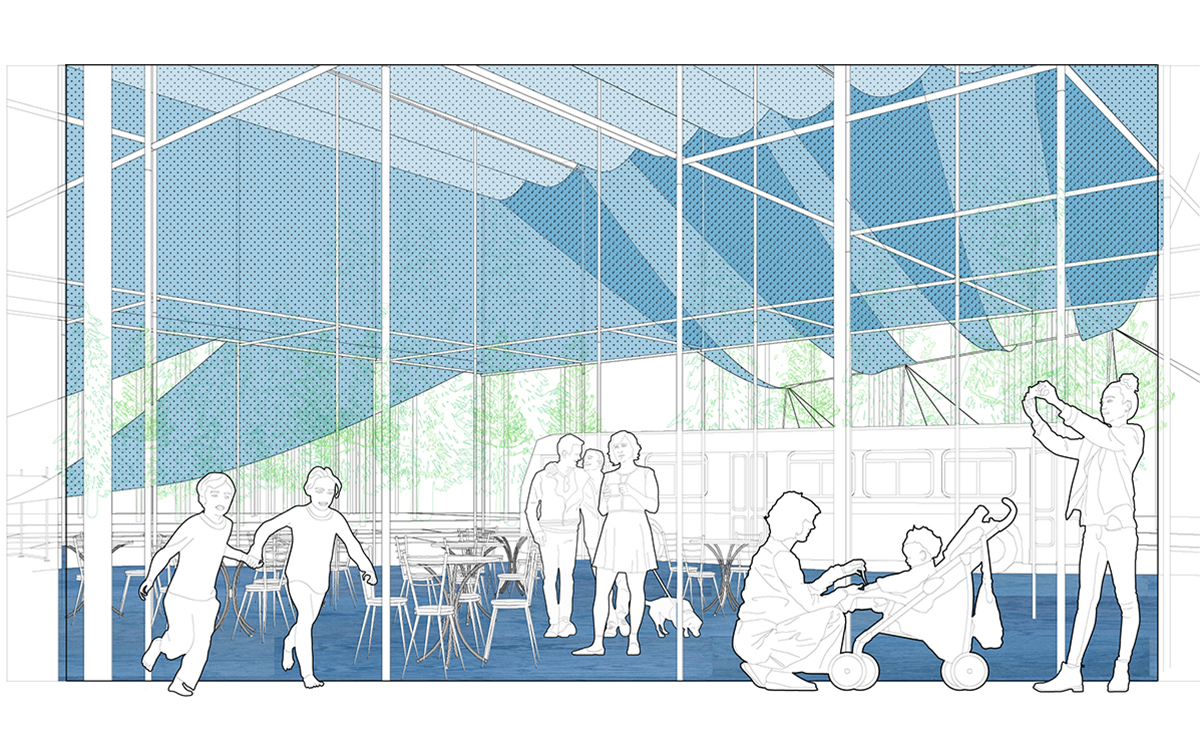