Tokyo is a centre of architectural experimentation, the result of a particular combination of creativity, liberal regulations, and economics. Usually creativity is assumed to come from designers wilfully exploring interesting paths. Possibly that is true today, but in the 1960’s, when Tokyo was expanding with few controls, the city was built by its inhabitants directly. Highly experimental, extremely reactive, homes were pure reflections of daily life; a multi-family household built over a parking lot; a single room for rent built below the main house; a shop on the ground floor with private stairs extending directly from the curb; balconies and additions extended the homes beyond their core without nuance or subtlety. Primitive but inventive the homes spoke directly to the city.

Ironic that with the flush of wealth Tokyo abandoned much of the freedom of that past for superficially better homes, picked from a catalogue of standard parts. Daily lives today fit into prefabricated symbols of domestic success, even though they are less reflective of actual need. More fascinating that regulations have become even more liberal in the intervening years, allowing more freedom. Barely taken advantage of, the gap between what is built and what is possible has yet to be explored. So here we look backwards so we can move ahead on another track.

The house is a dance studio on the ground floor, with a home above, yoga space on the roof. The design is primitive, almost cartoonish - a fitting approach for the clients, who design and sell a series of famously mysterious and unique dolls with a global following. Making full us of Tokyo's rules and regulations, the home maximizes space and volume on a typically constrained urban site, resulting in a simple plan - three single rooms, stacked one upon the other.

The ground floor is buffered from the road by a reflective aluminum screen, and otherwise opened to its surroundings by continuous windows and mirrors. Dancers on this level, which is partially submerged in the sloping site, feel part of the city, not isolated. The home is accessed by steel stairs with an exaggerated landing on the 2nd floor acting as porch. Windows are placed economically to offer depth and light in an otherwise small area. No attempt is made to frame views because the city does not rest for long and views are fleeting. Garden and decks work with the interior to offer an un-mediated experience of the city.

Formal experimentation is often lost in the chaos of Tokyo but we are entering another period of massive change. It is time to engage the city more directly. 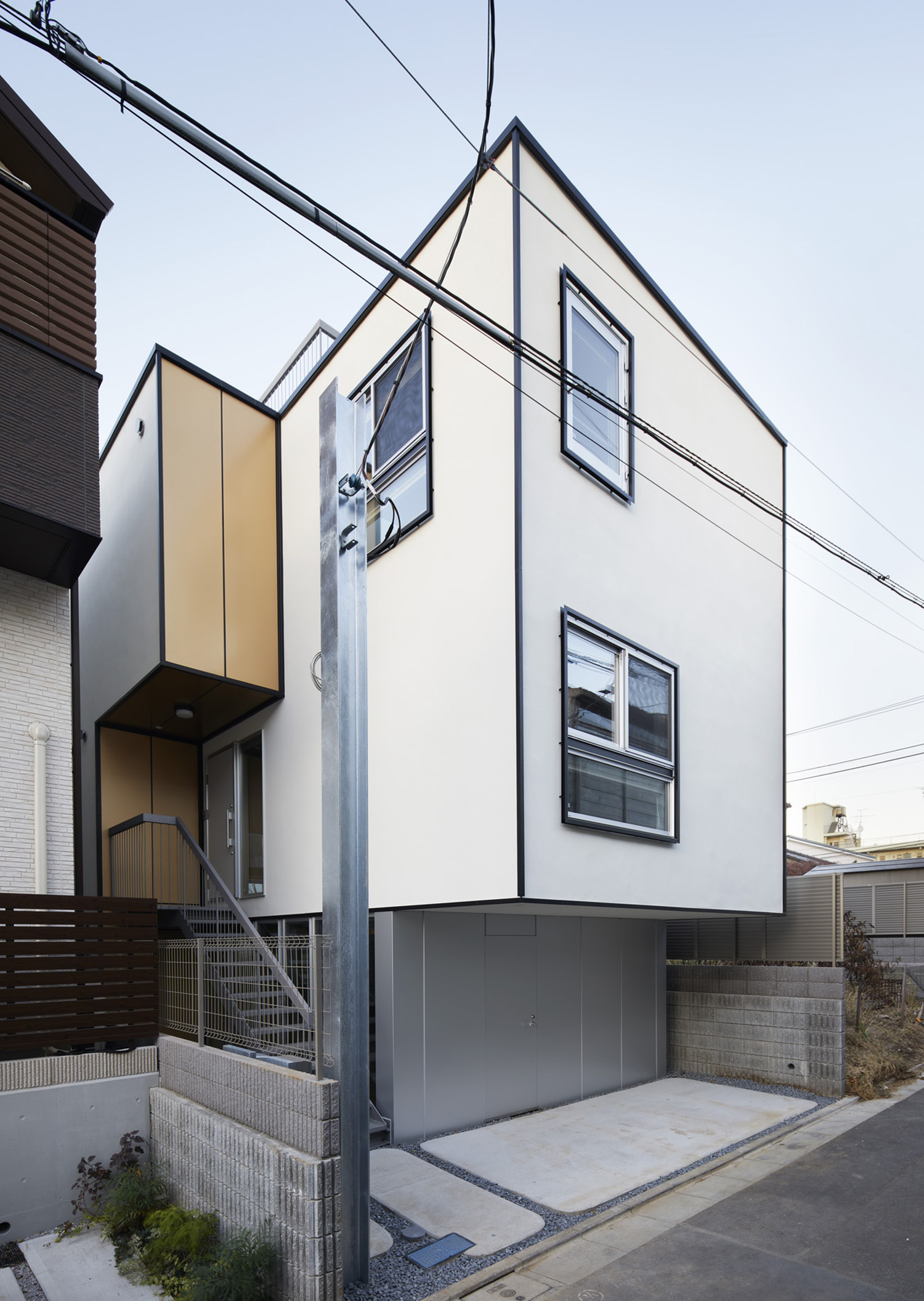 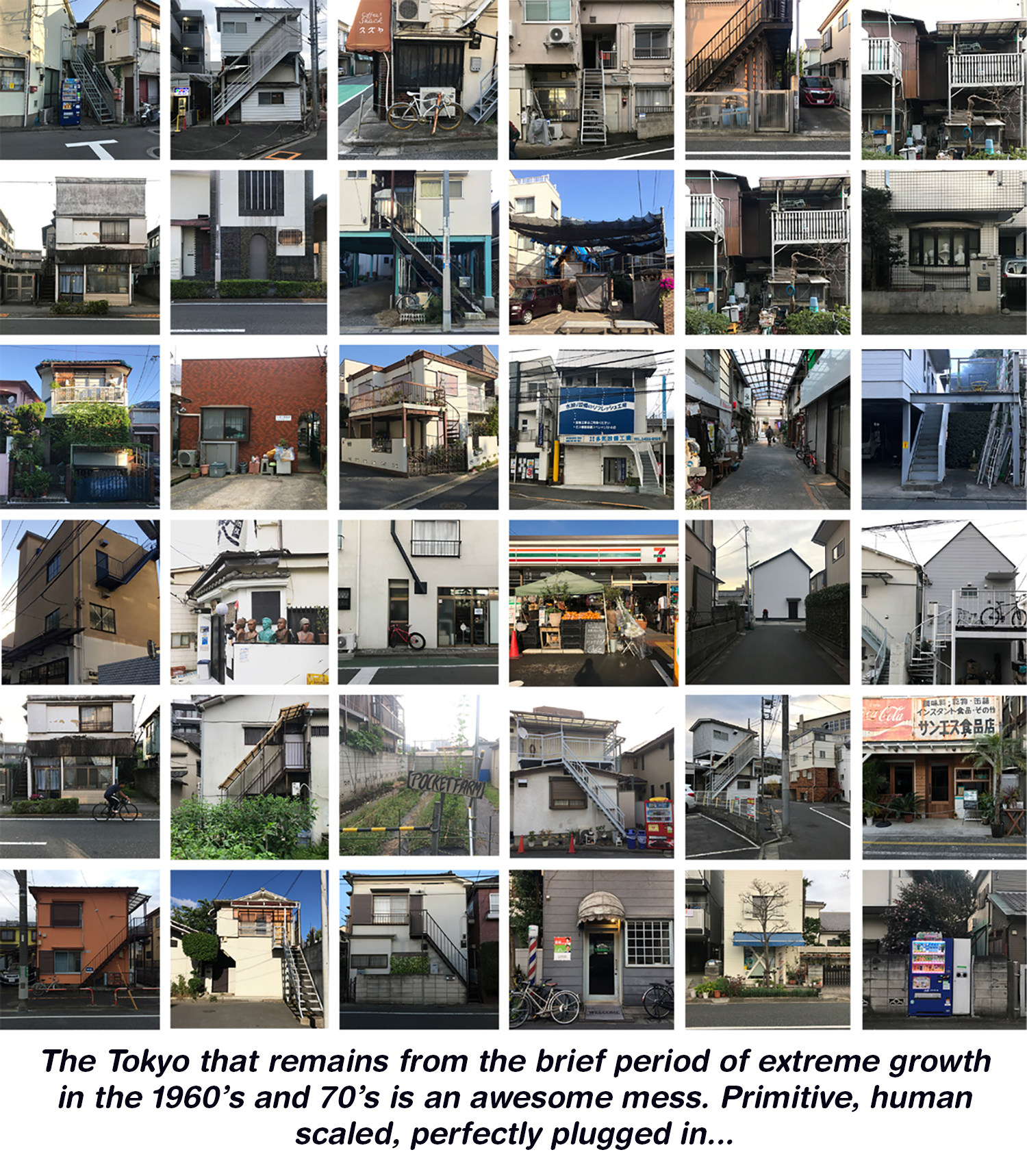 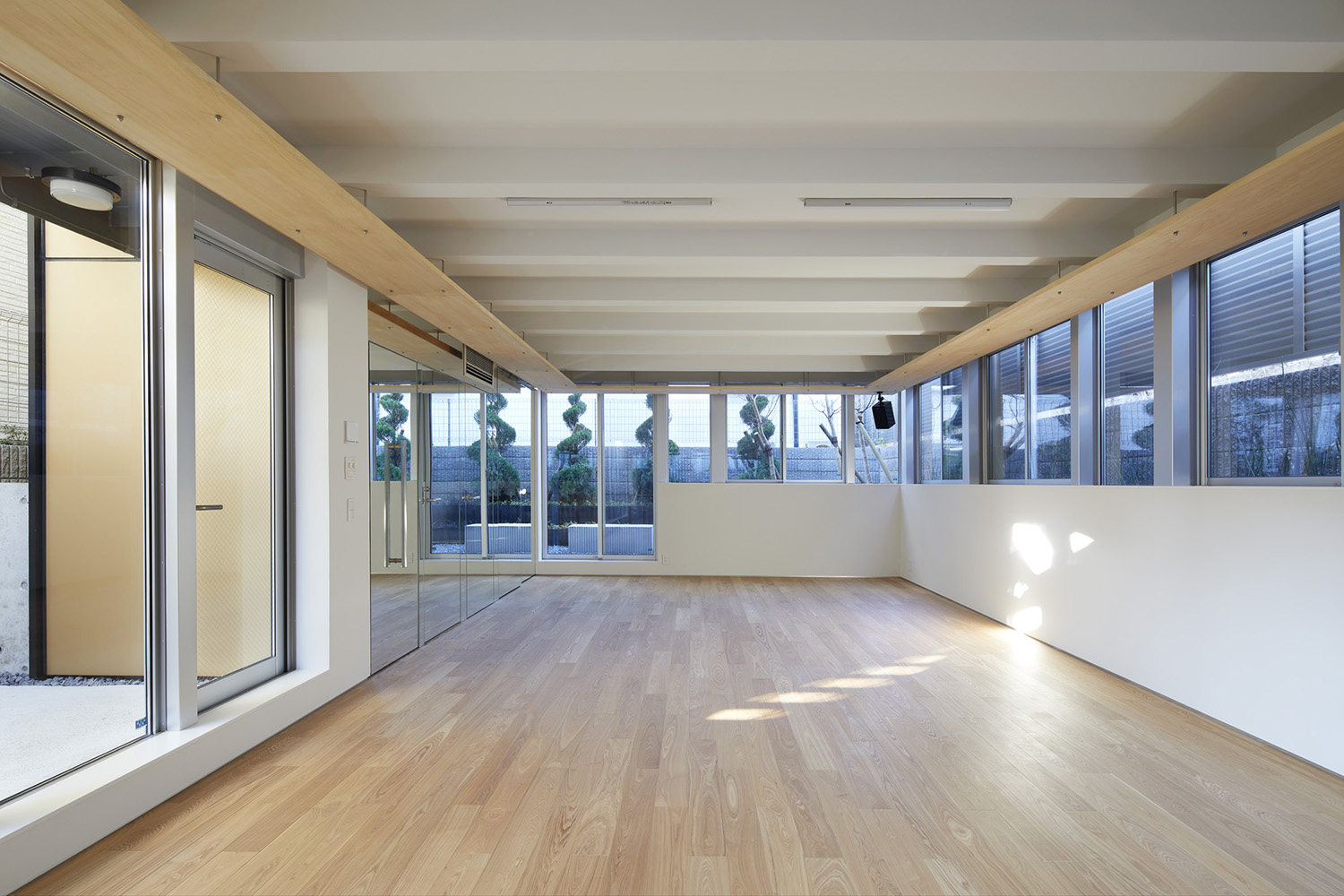 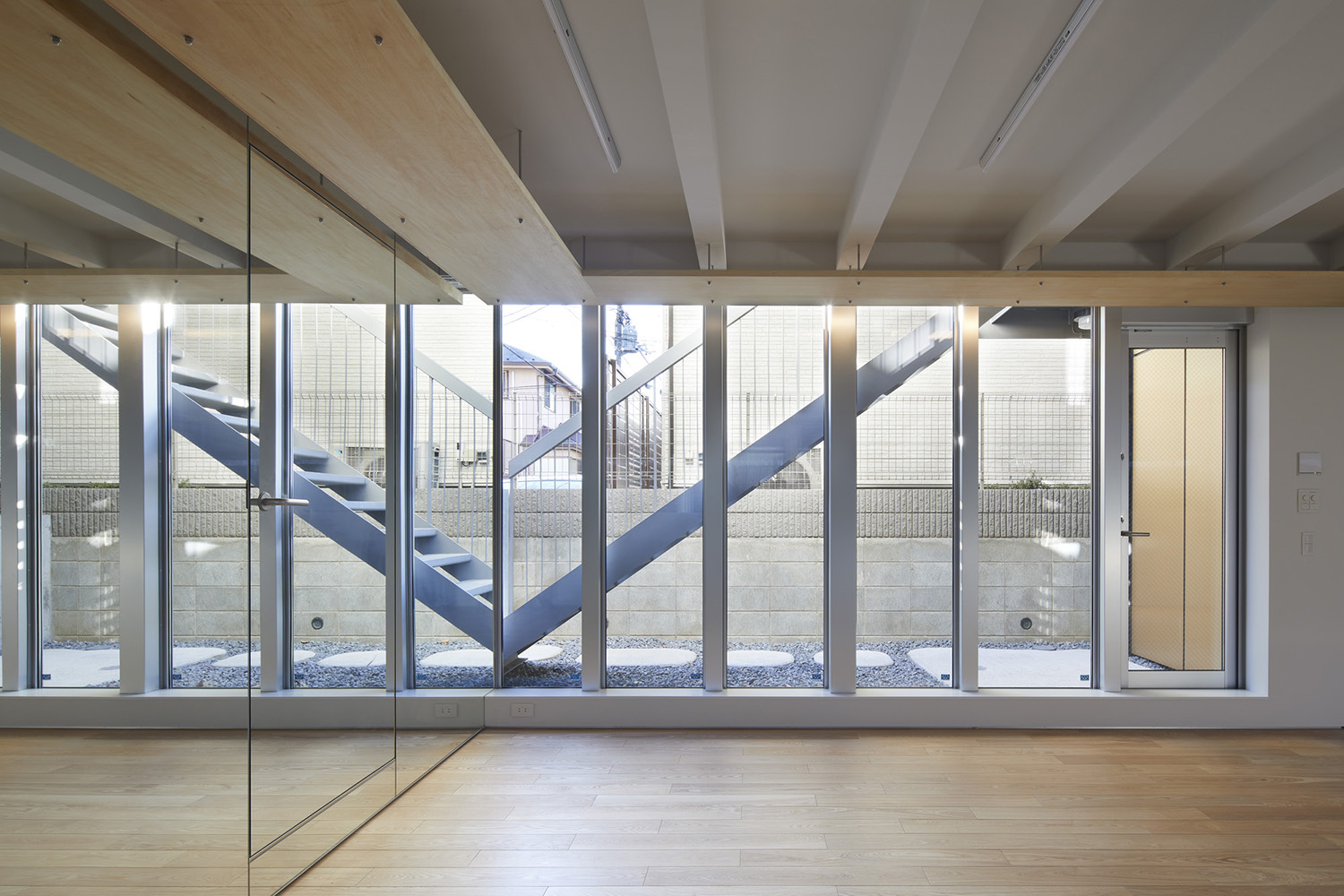 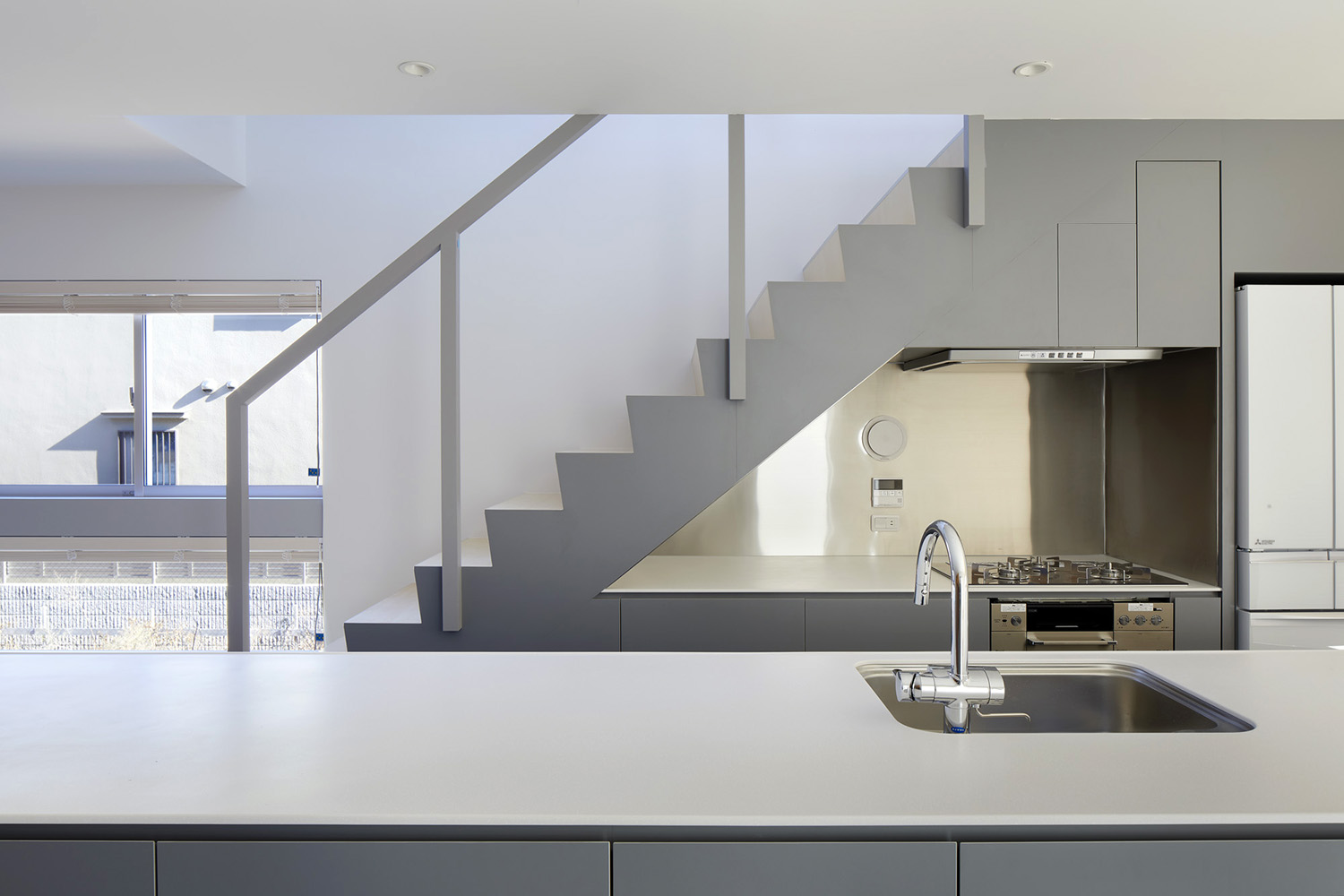 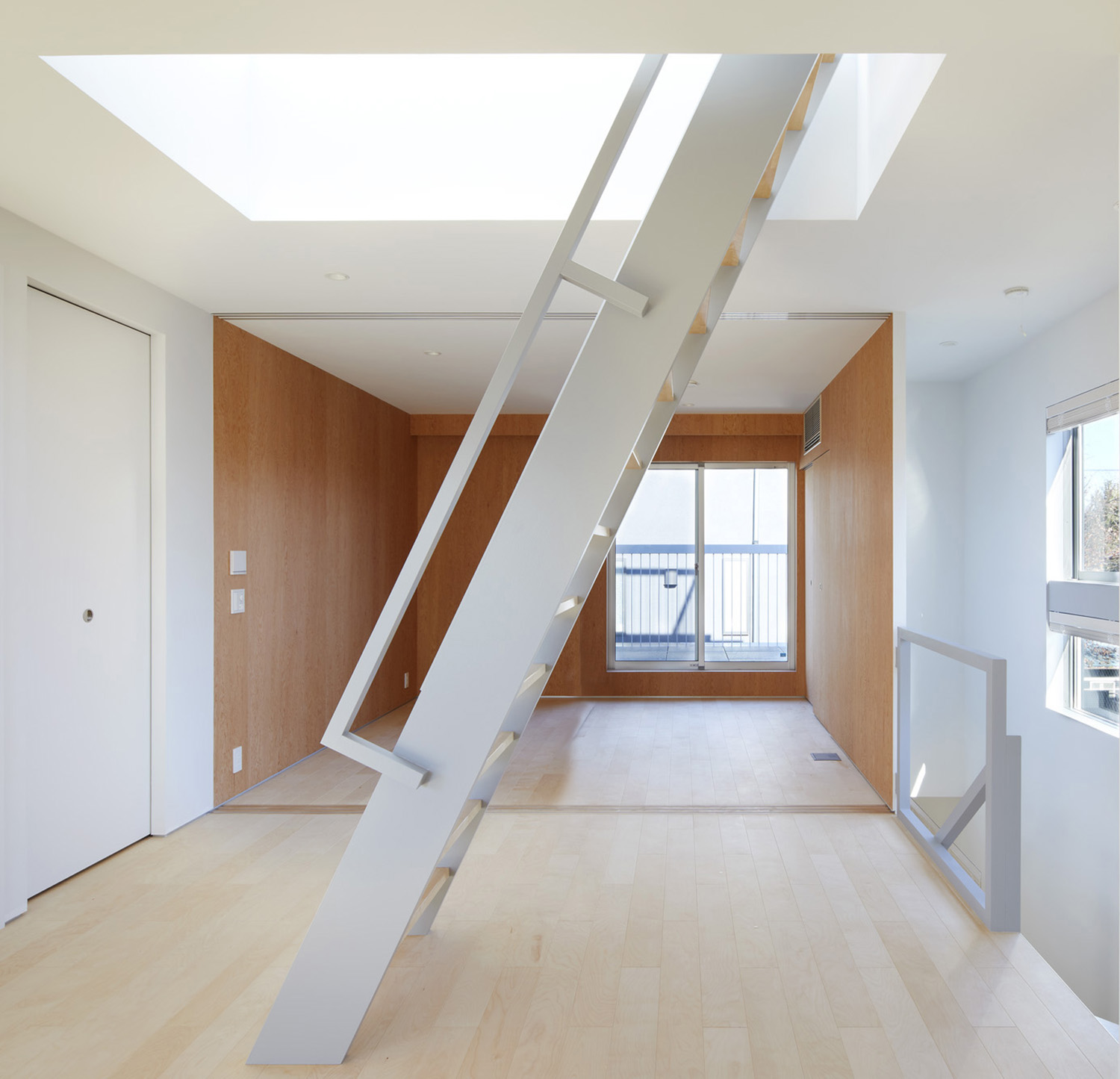 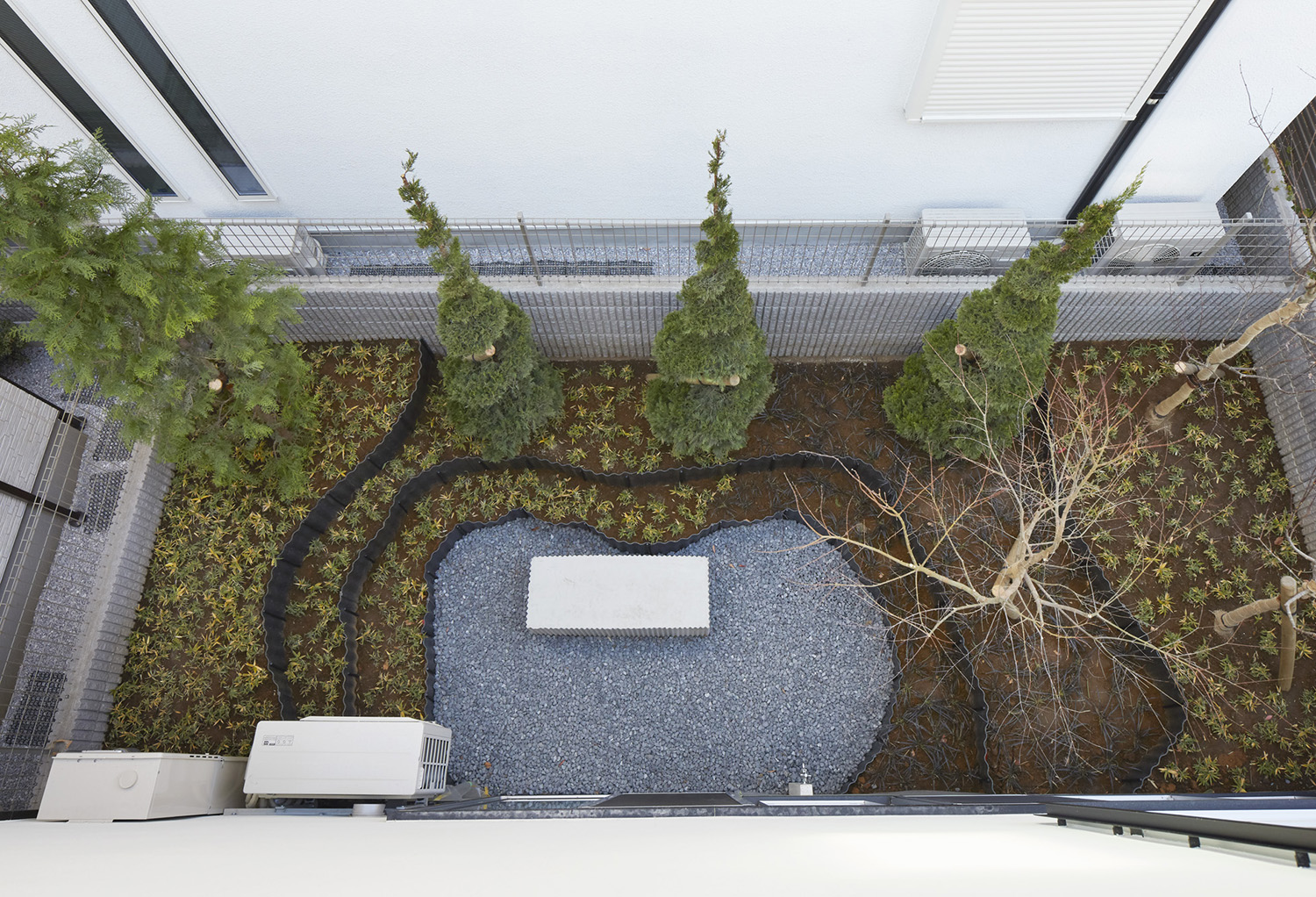 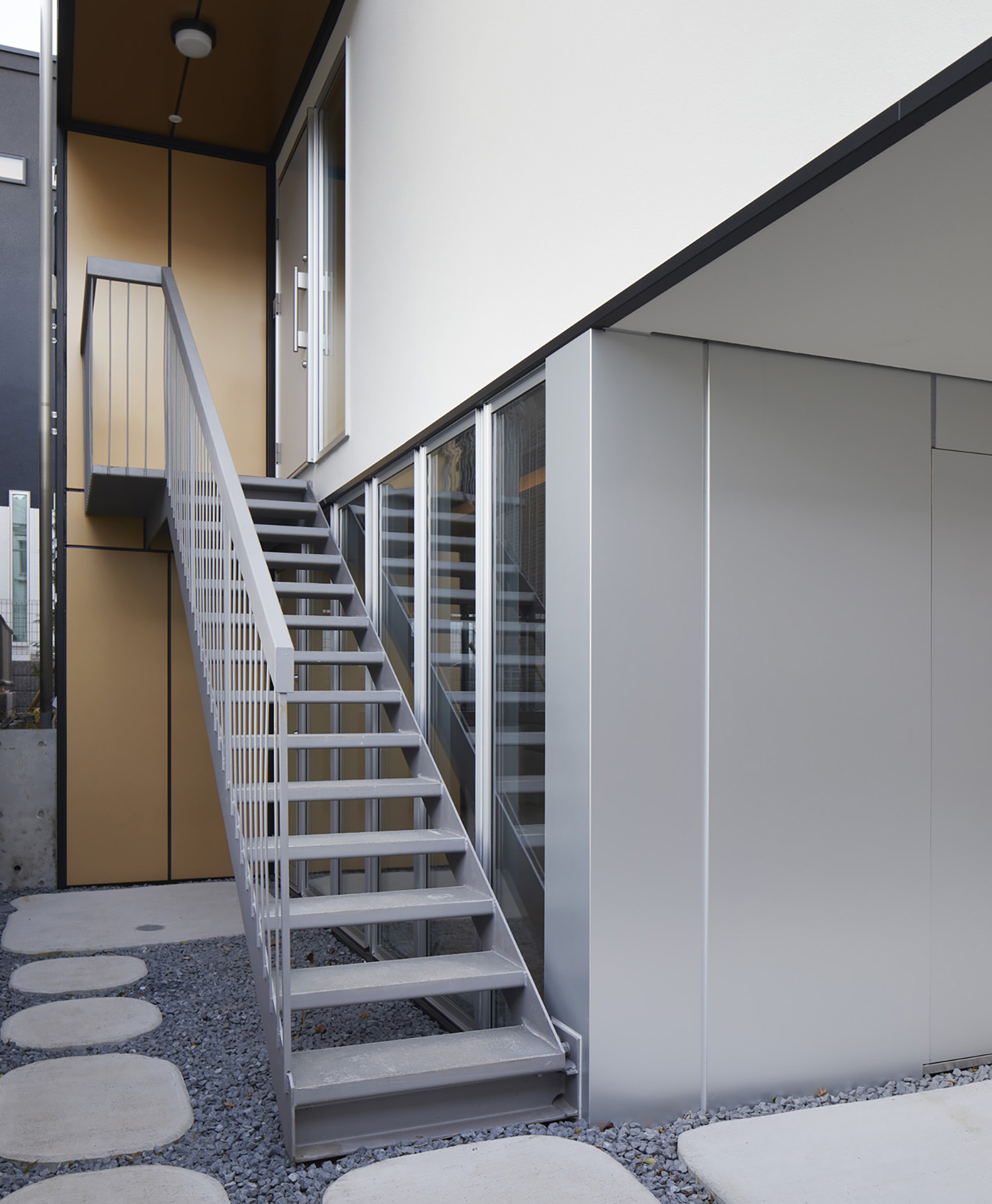 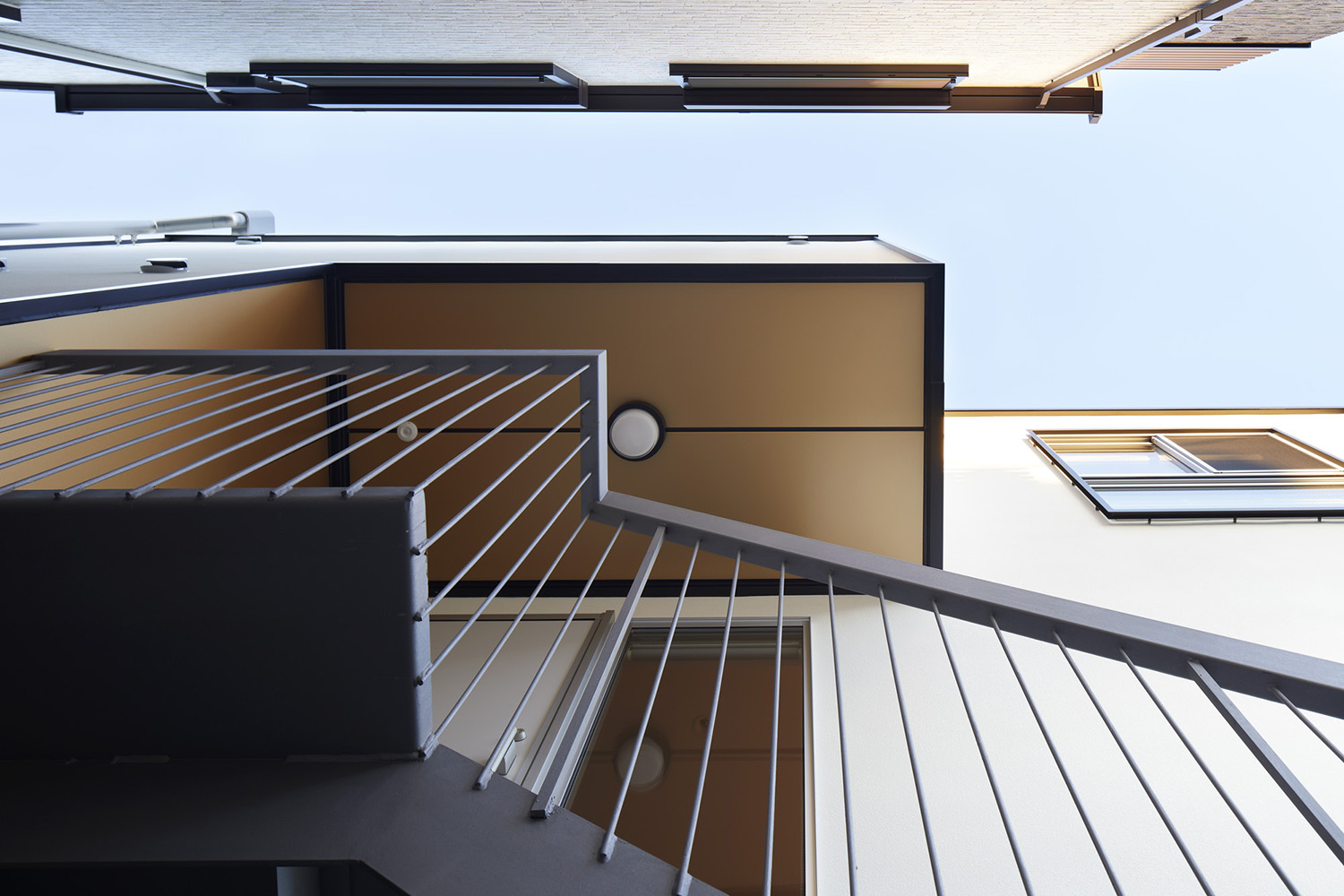 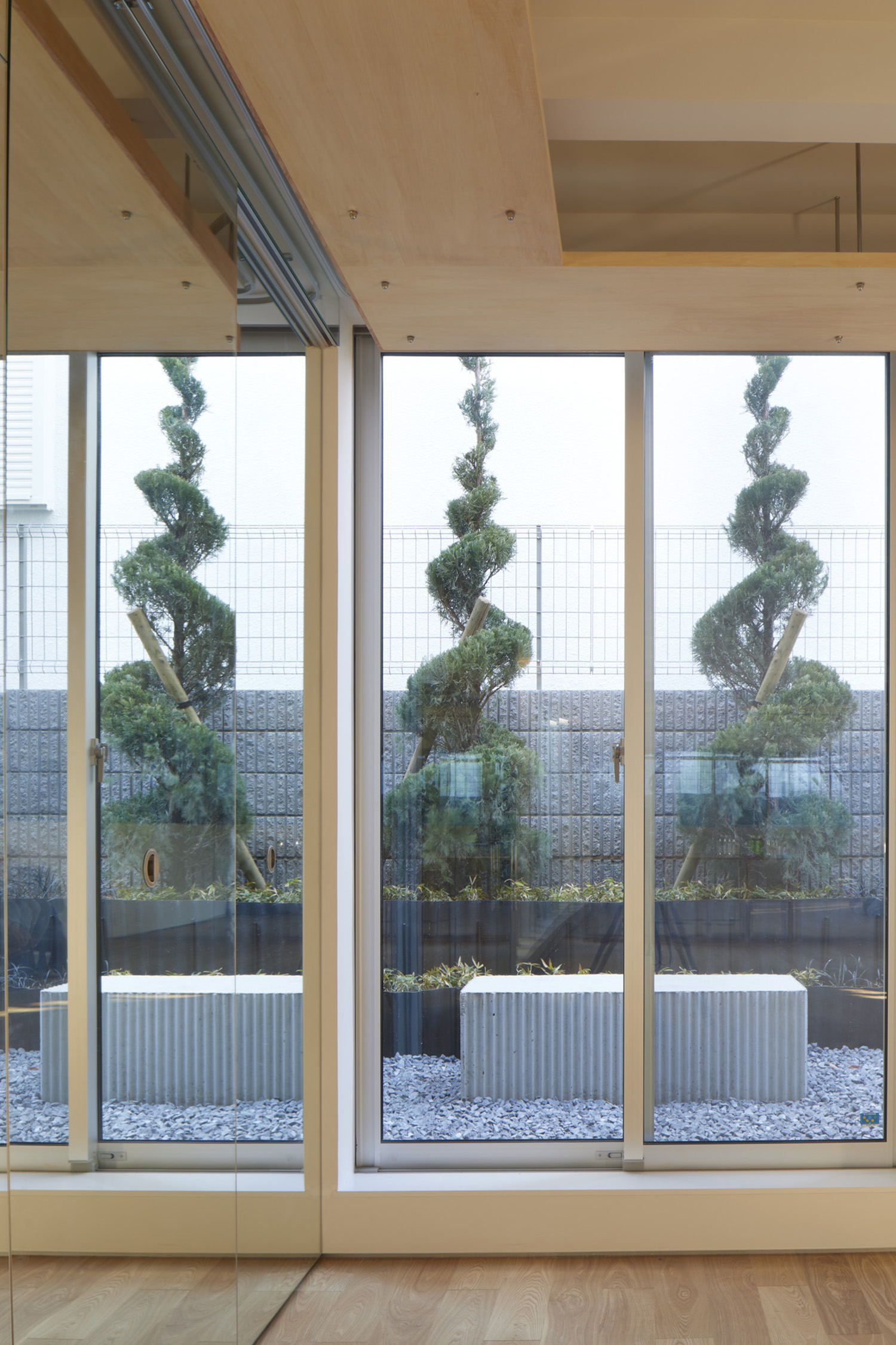 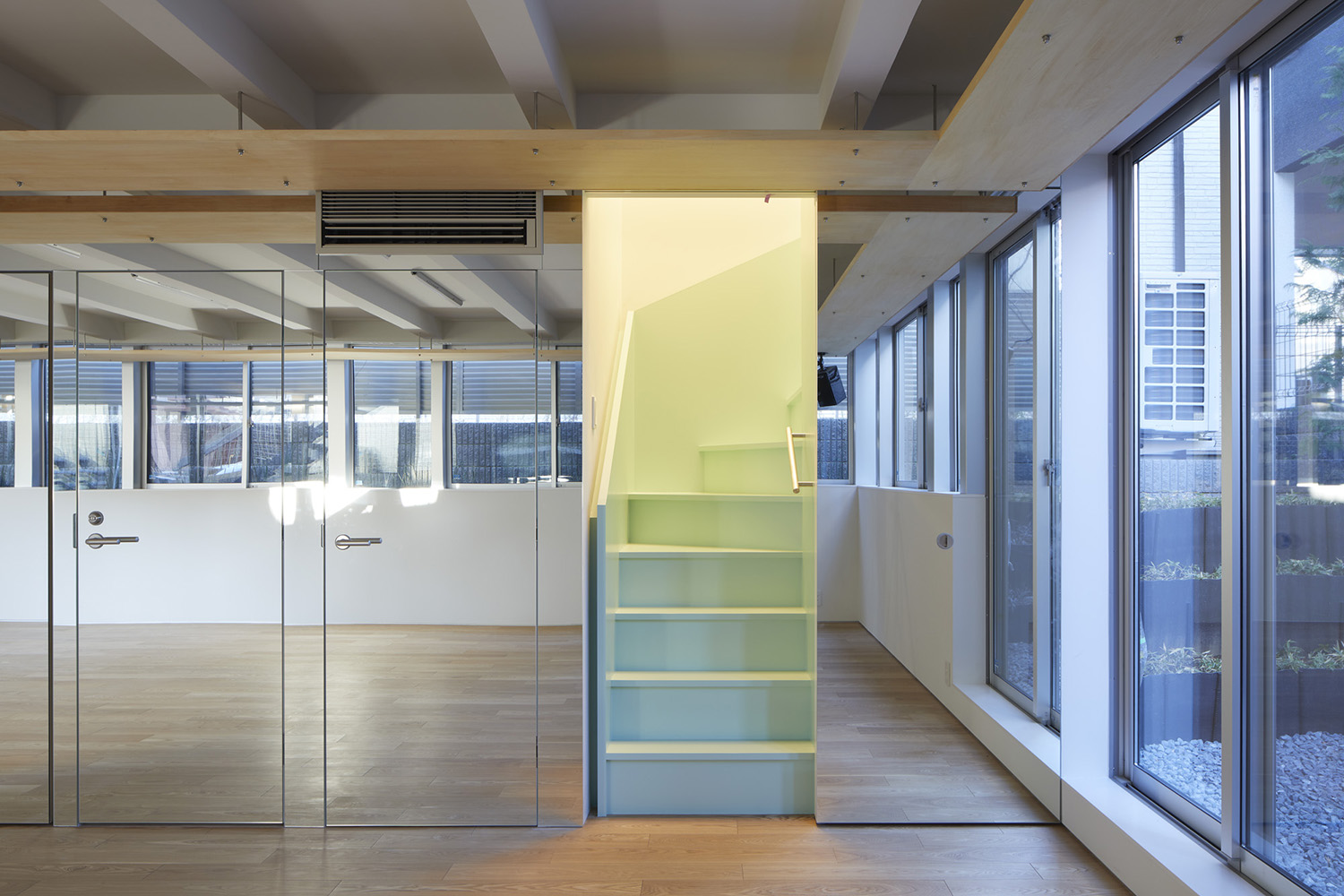 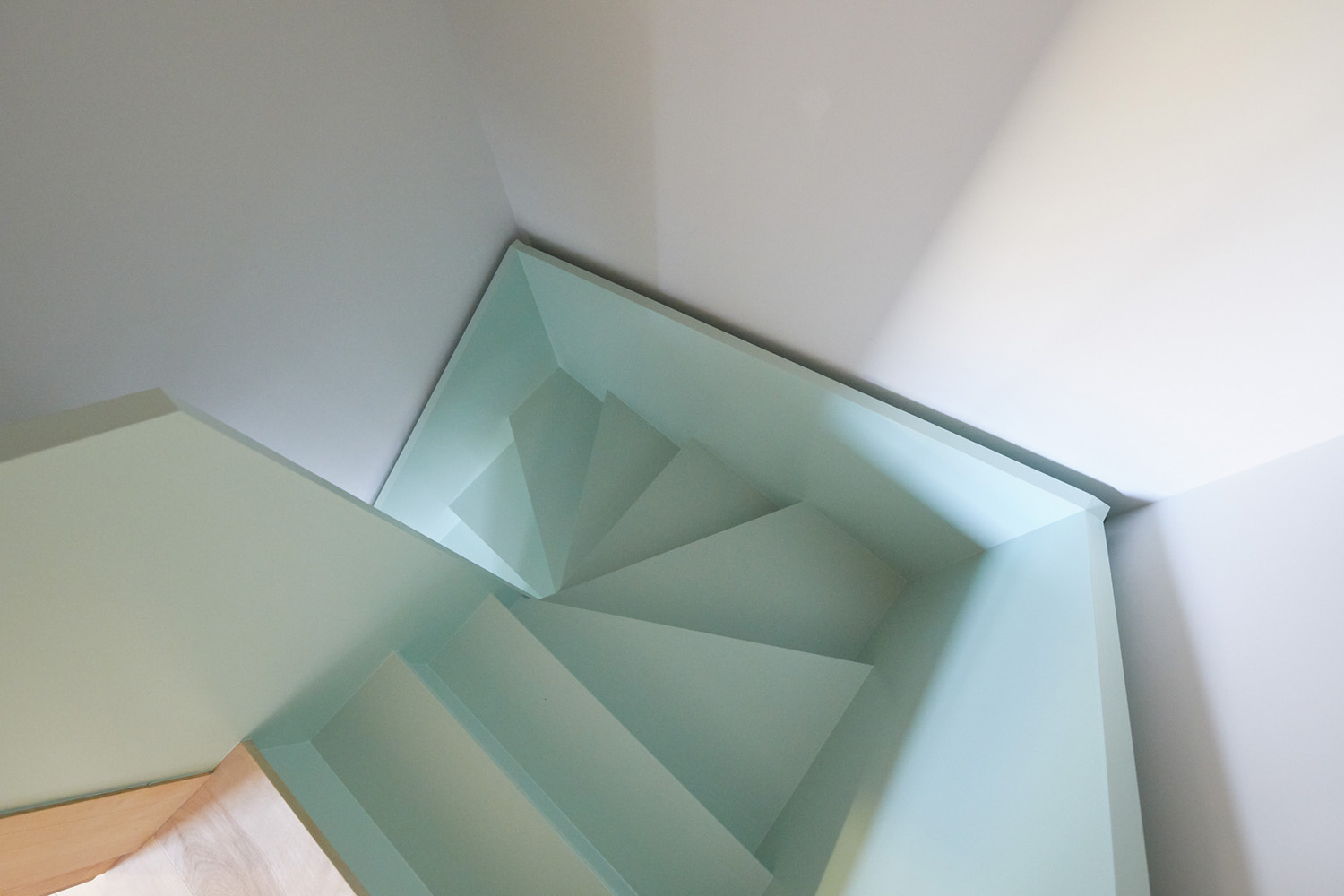 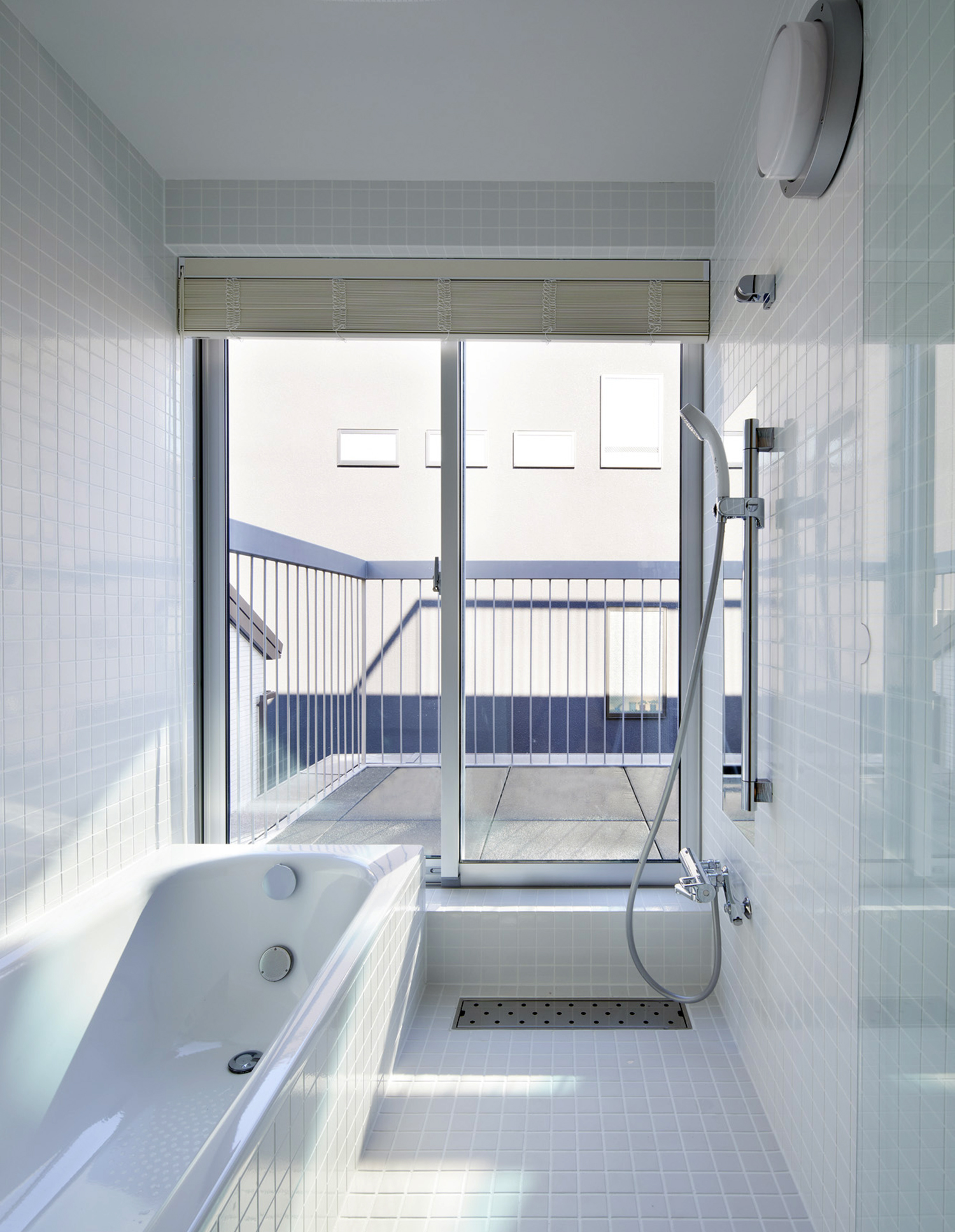 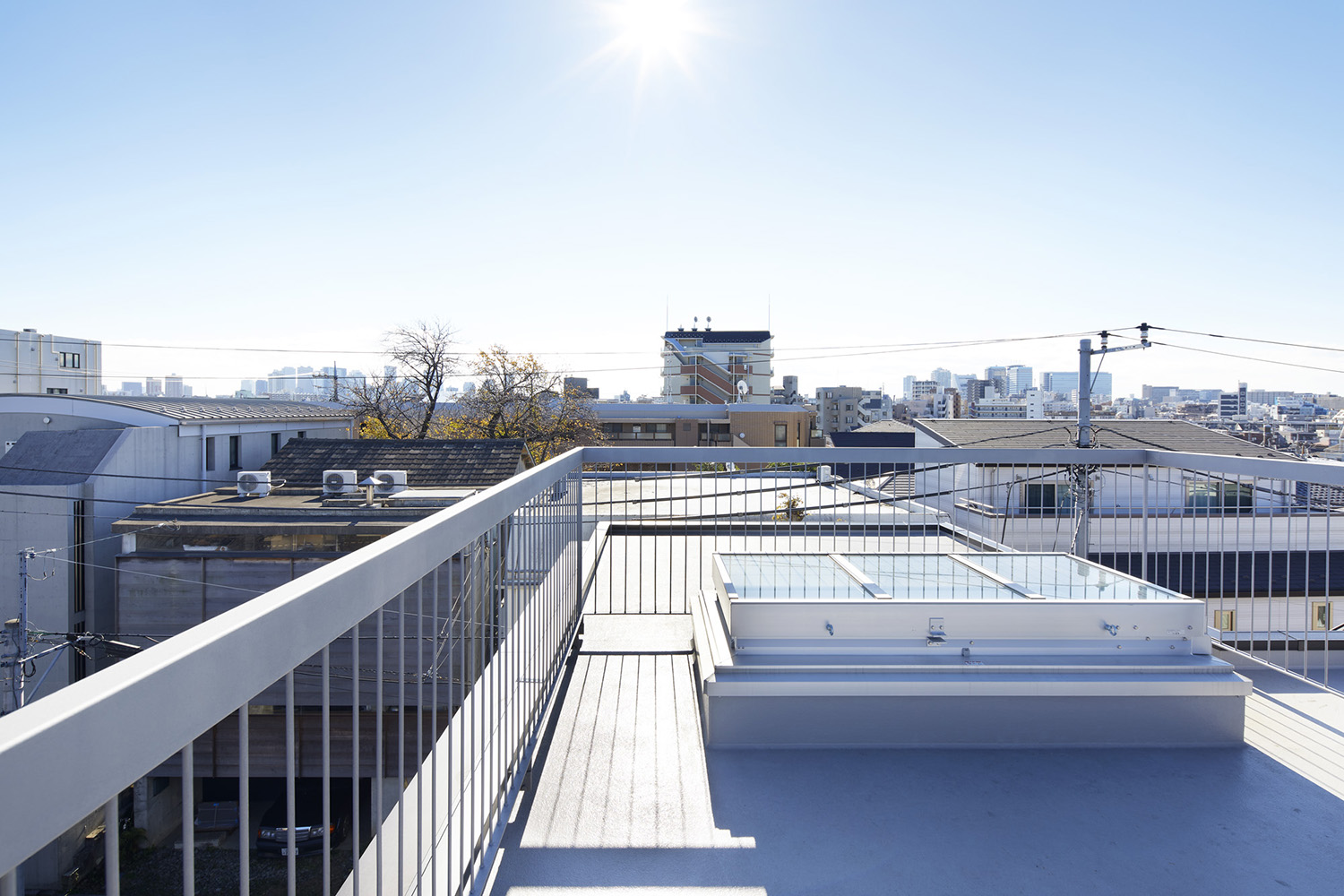 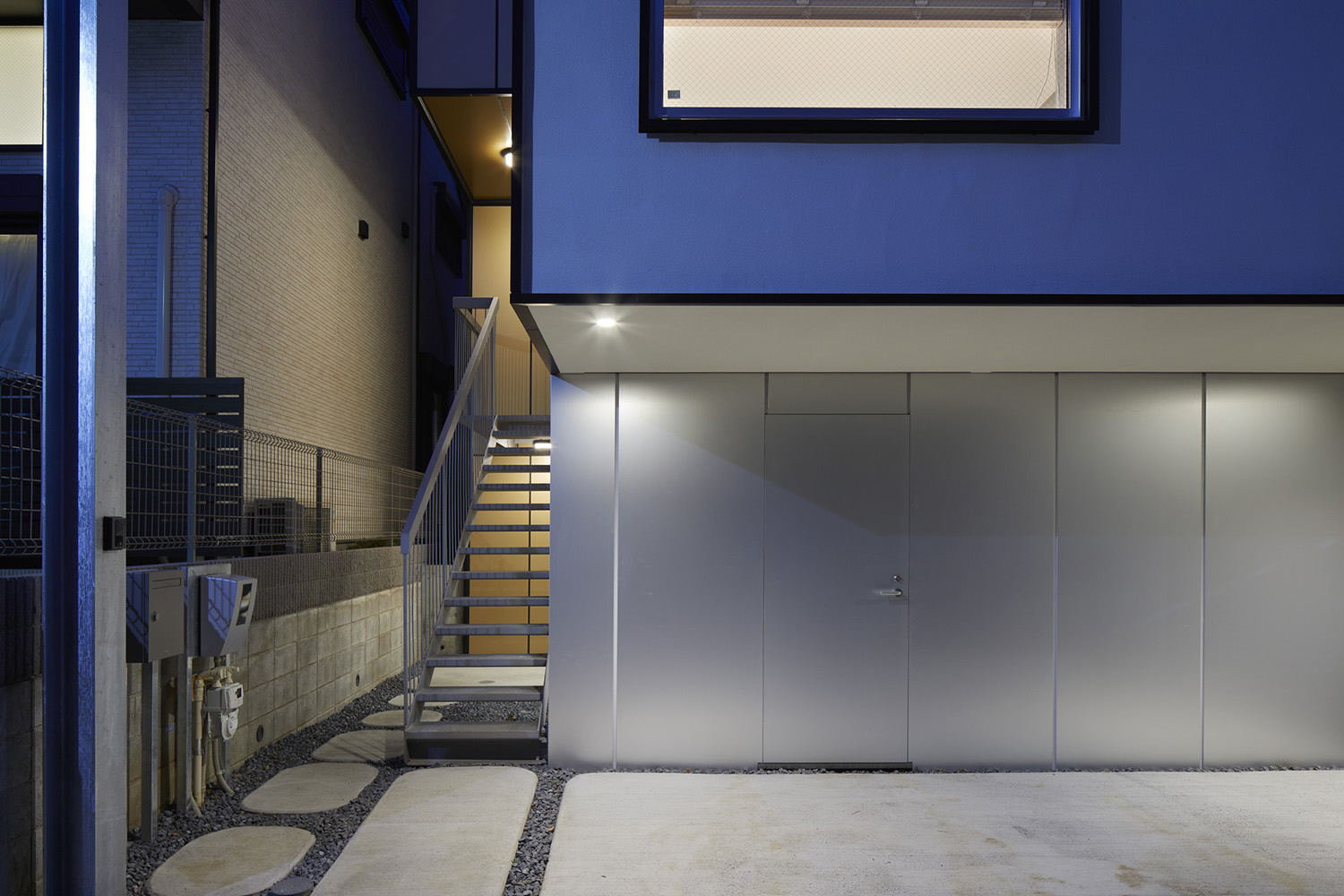 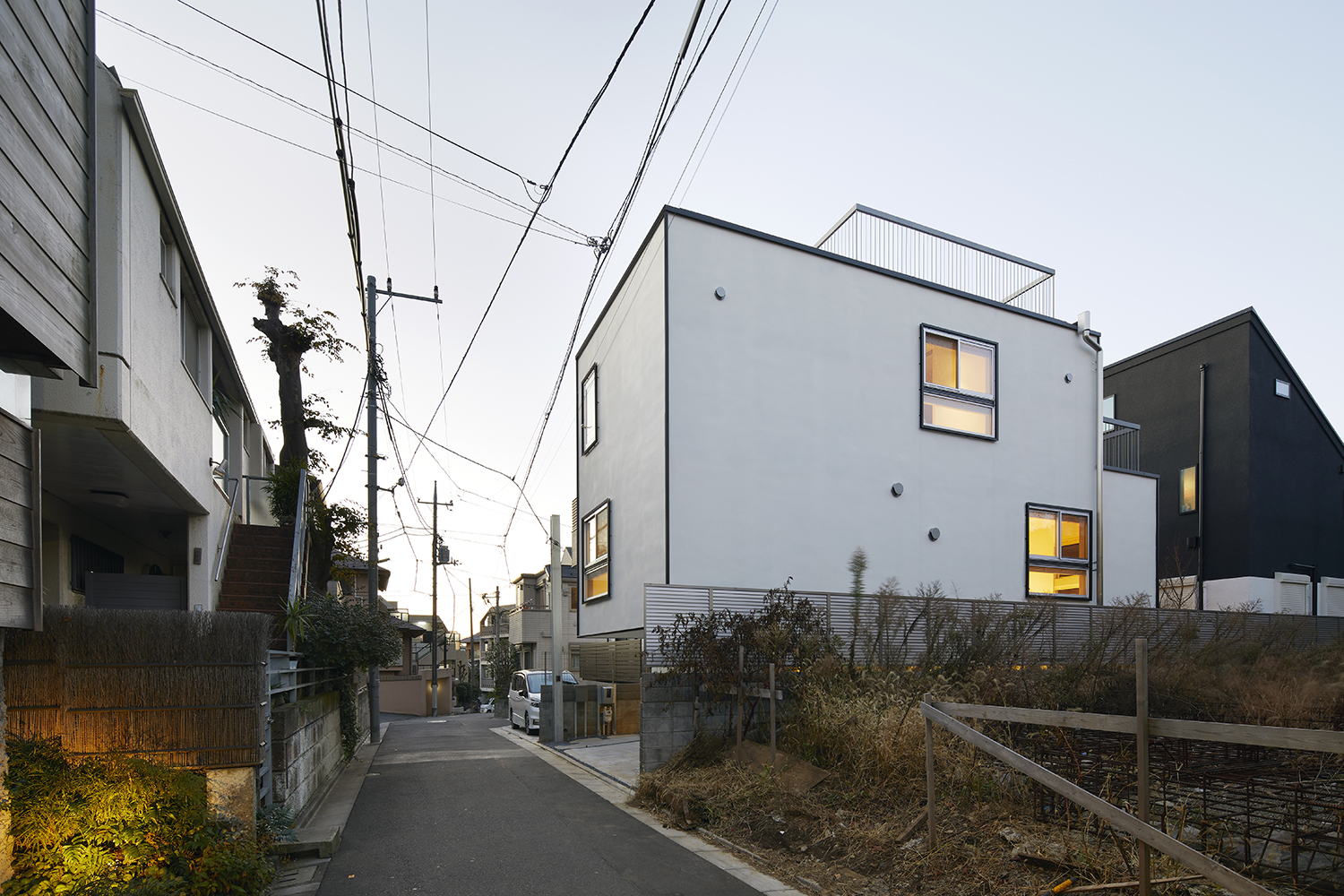 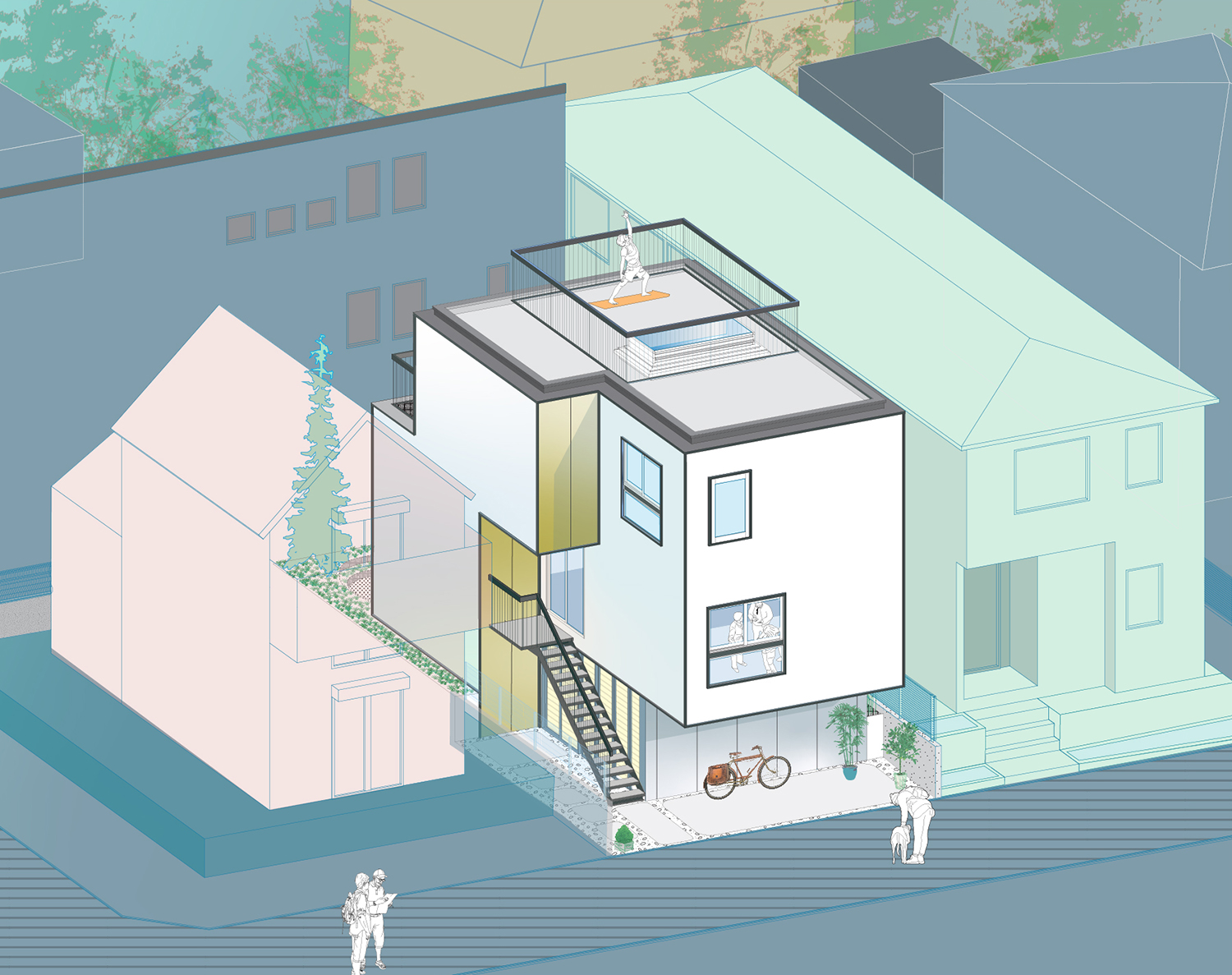 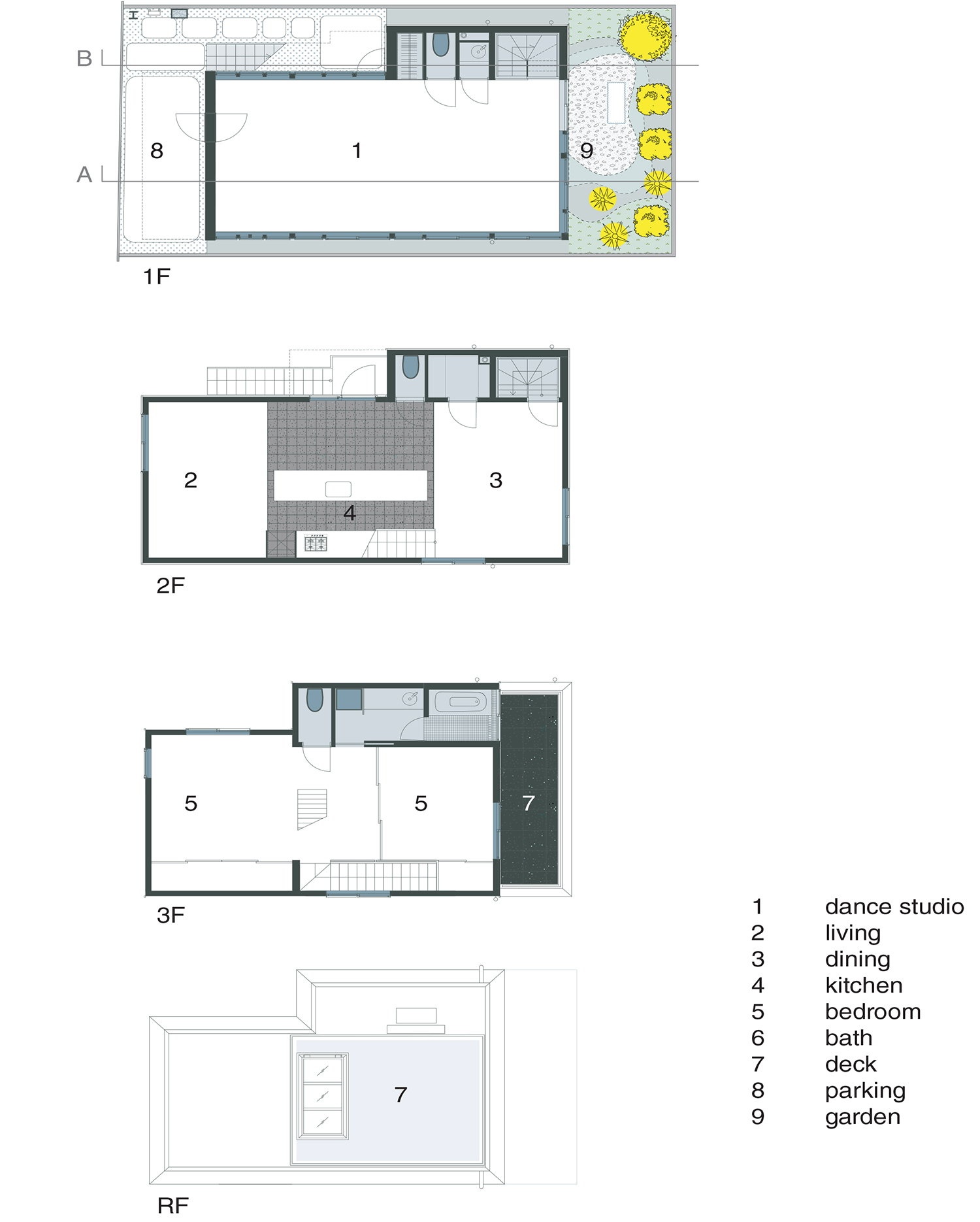 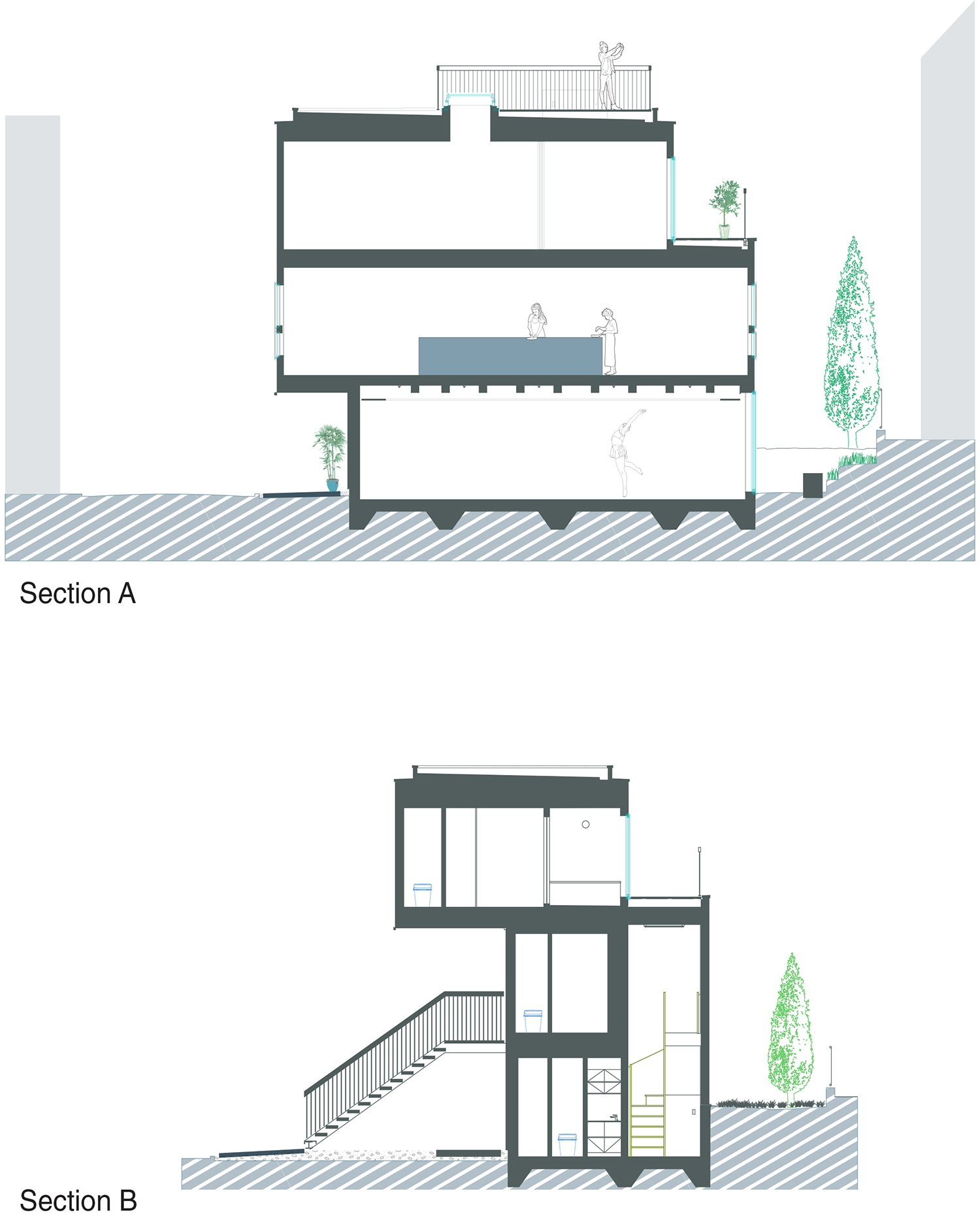 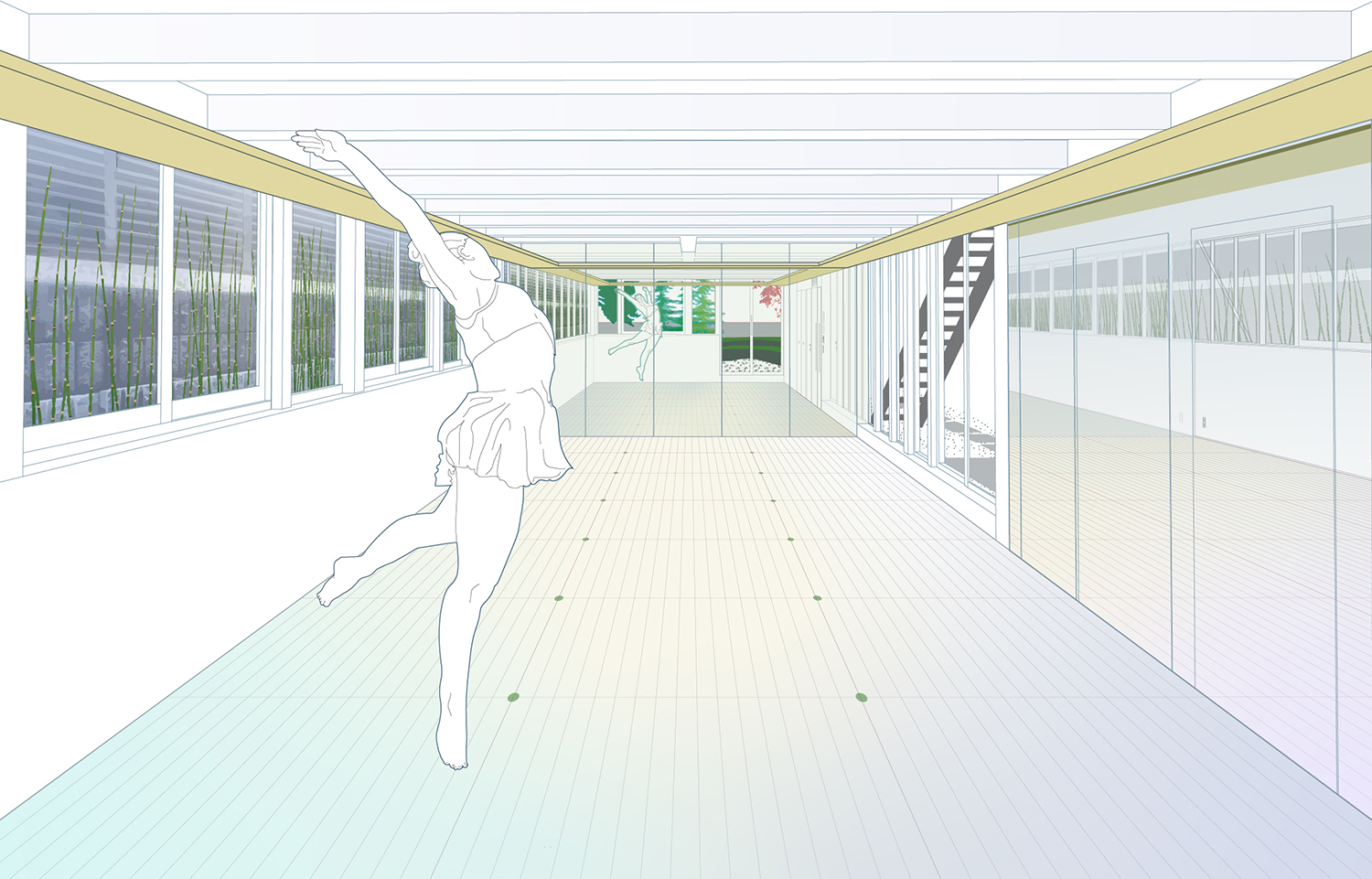 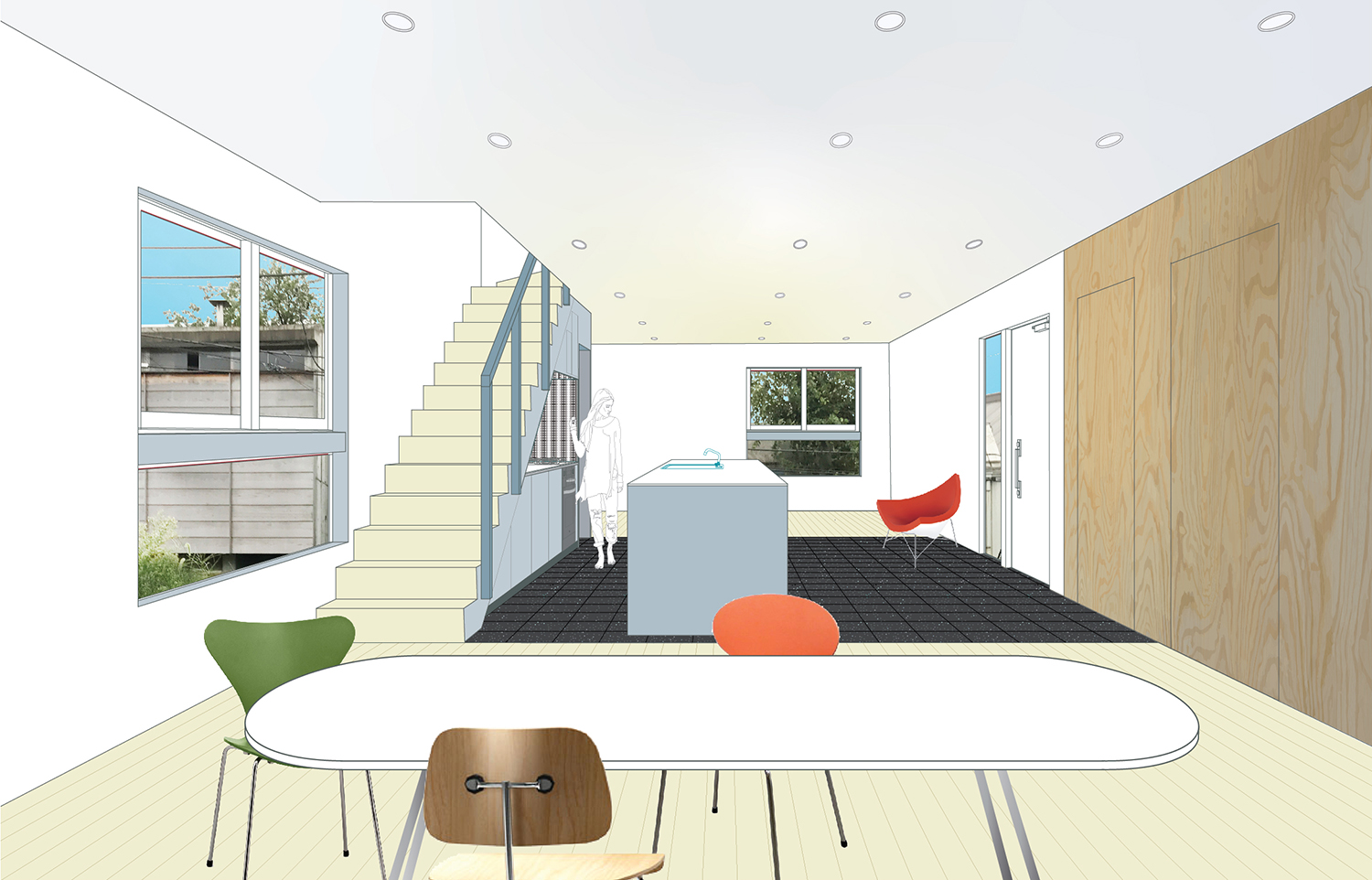 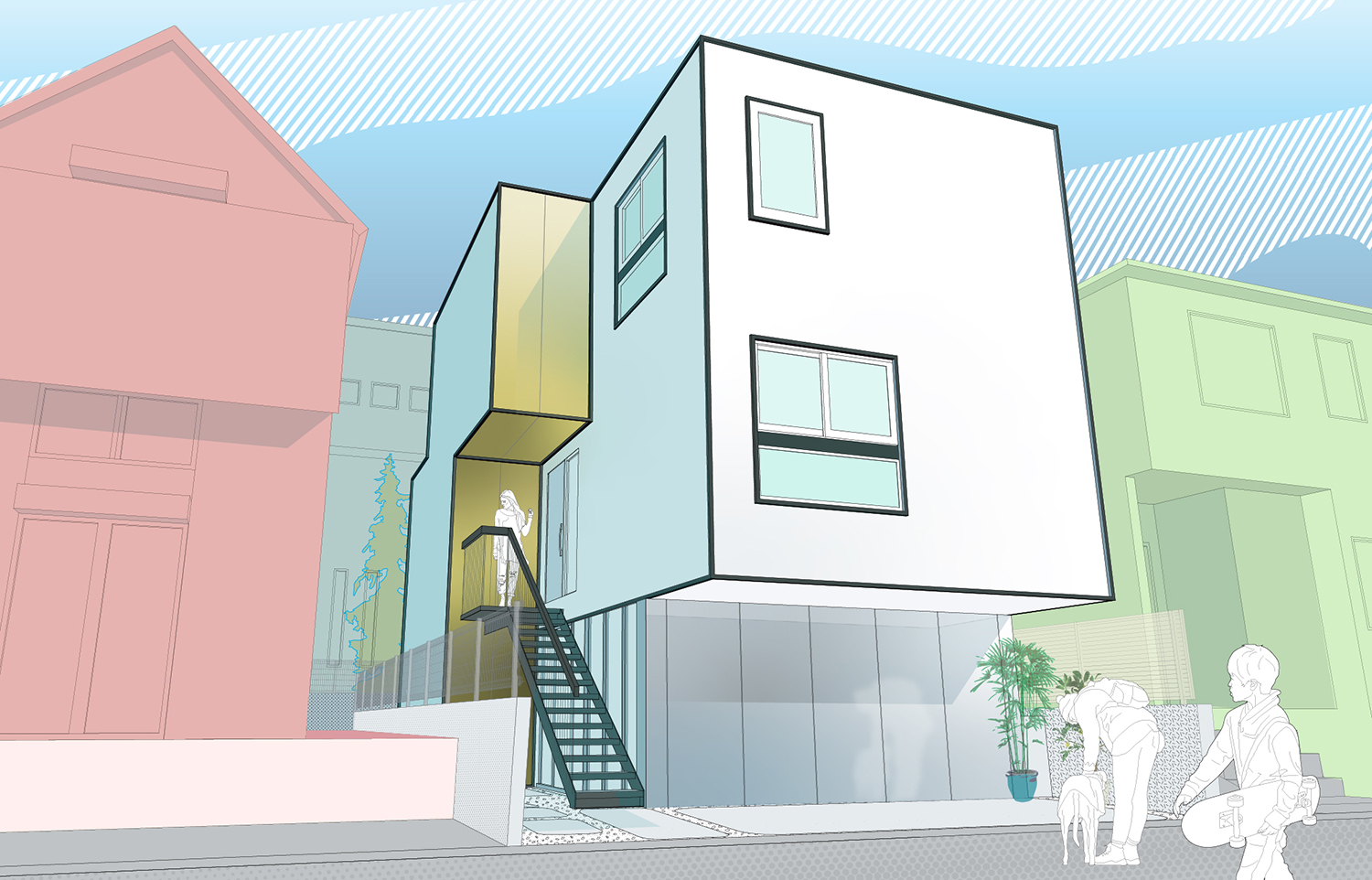 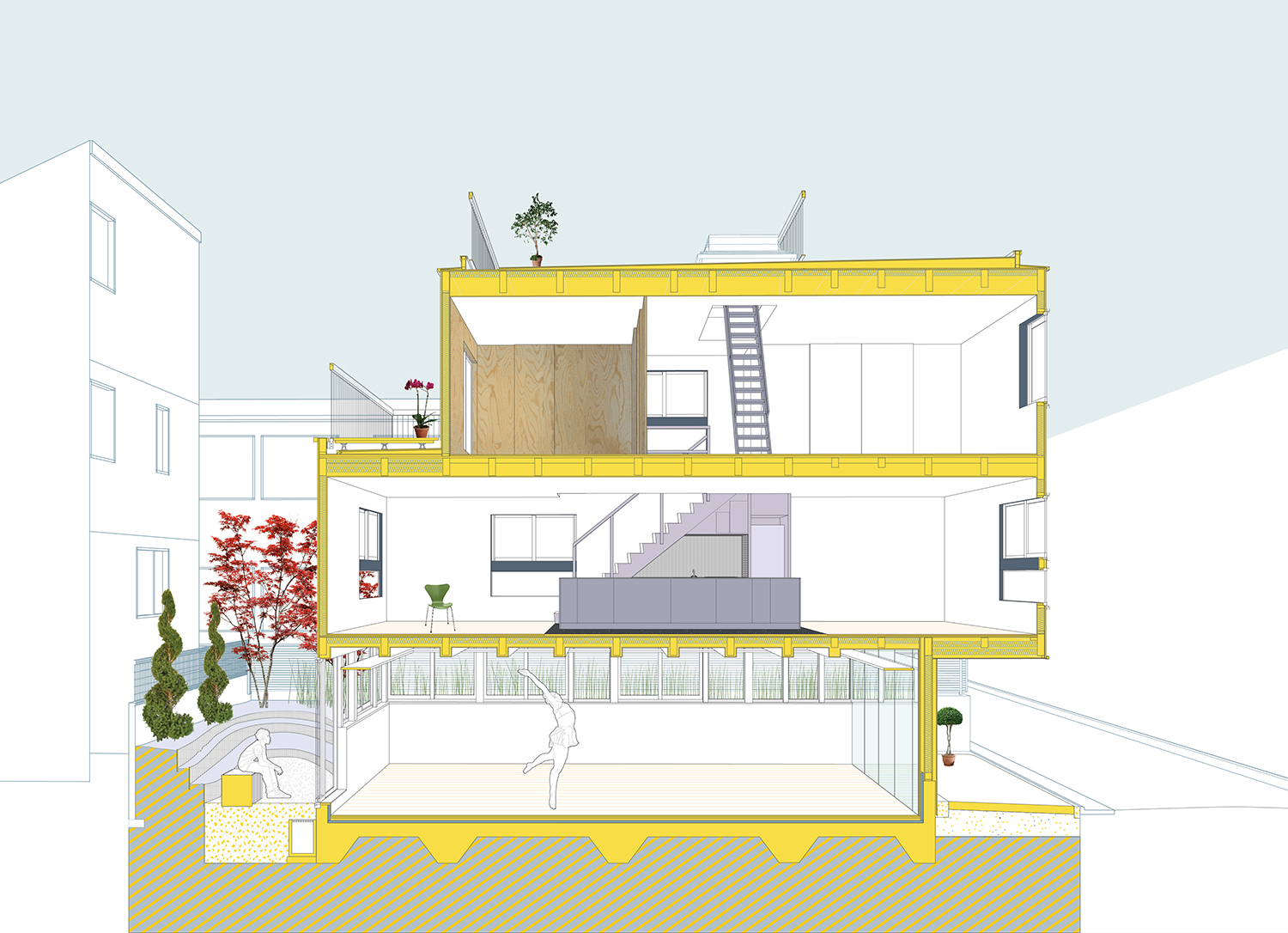