In the 1970’s architects in Tokyo viewed the city as a place to shut out, and created tranquil and beautiful interior places for urban residents to retreat.

One of the benefits of density in 21st century Tokyo is that the entire city can be claimed as part of daily inhabitation - very little is off limits. The only question is how much or how little to engage with the surrounding landscape. Because the city itself is the amenity that attracts people to the area the logical choice is to invert the city/building relationship; shrinking its footprint, opening to the urban landscape, and inviting activity to the interior.

The Seizon building is a mixed-use building, composed of four small buildings stacked on top of each other, bound together by a simple design language. Each has its own structure and relation to the city.

Double height studio apartments are located below ground to take advantage of the privacy their location affords. Designed for young professionals who use their rooms mostly as a place to sleep, this is a perfect location. Offices and shops occupy the first and second floors, extensions of the street landscape around them. A cantilevered staircase leads directly to a community space on the third floor that floats over the city, while a private residence completes the stack of blocks, with direct access to an elevated garden and views to Shibuya and the city beyond.

Located behind famed Omotesando Crossing, the radically diverse city is willfully included in the design, extending the urban landscape to the back of the site, giving residents the chance to engage with their surroundings and directly take advantage of the community around them. Ultimately the design assumes the location is not only valuable for its proximity to subway lines and to convenience, but rather that the city itself is an engaging landscape that should be embraced. In the urban age this seems a logical next step. . 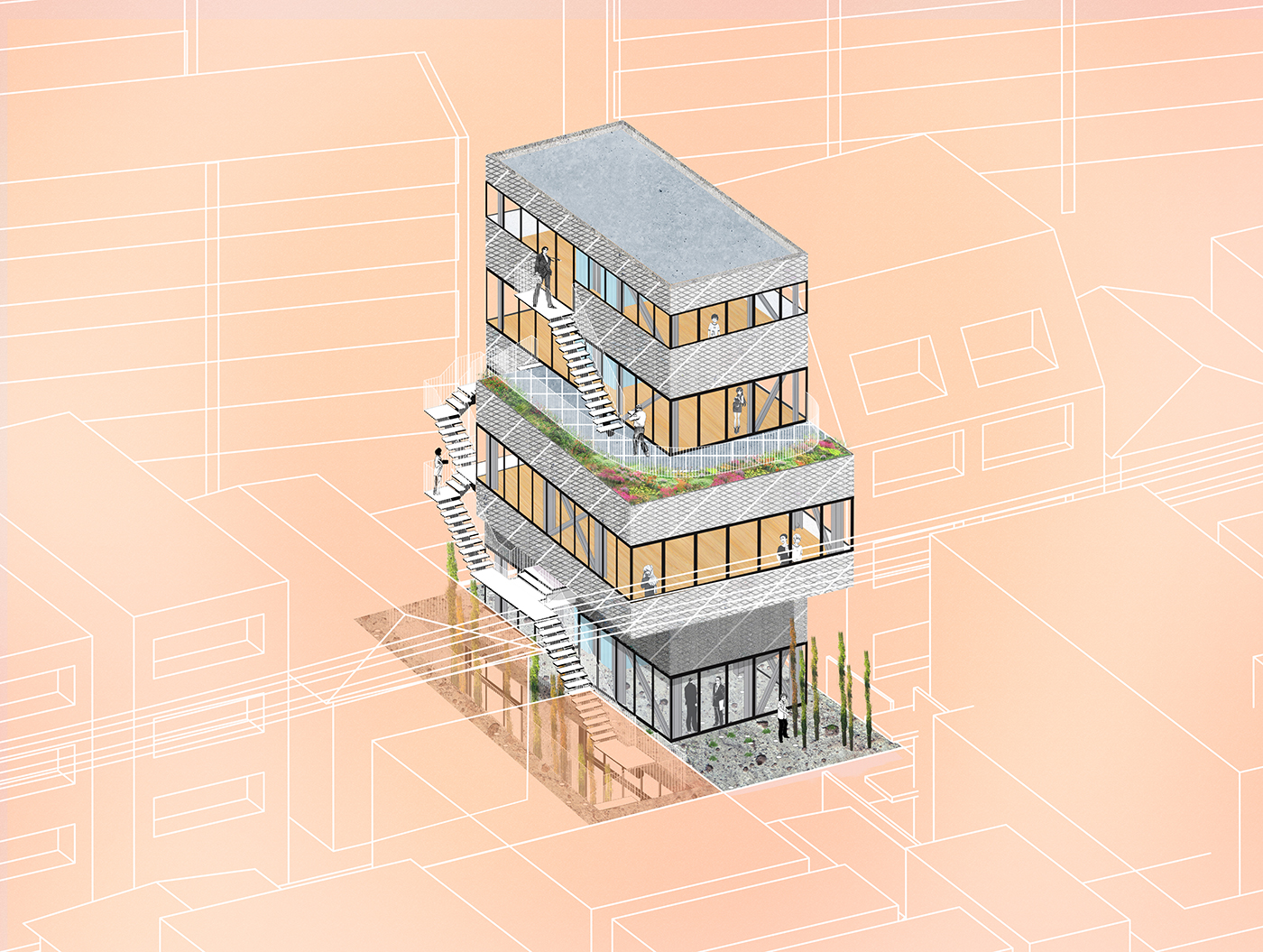 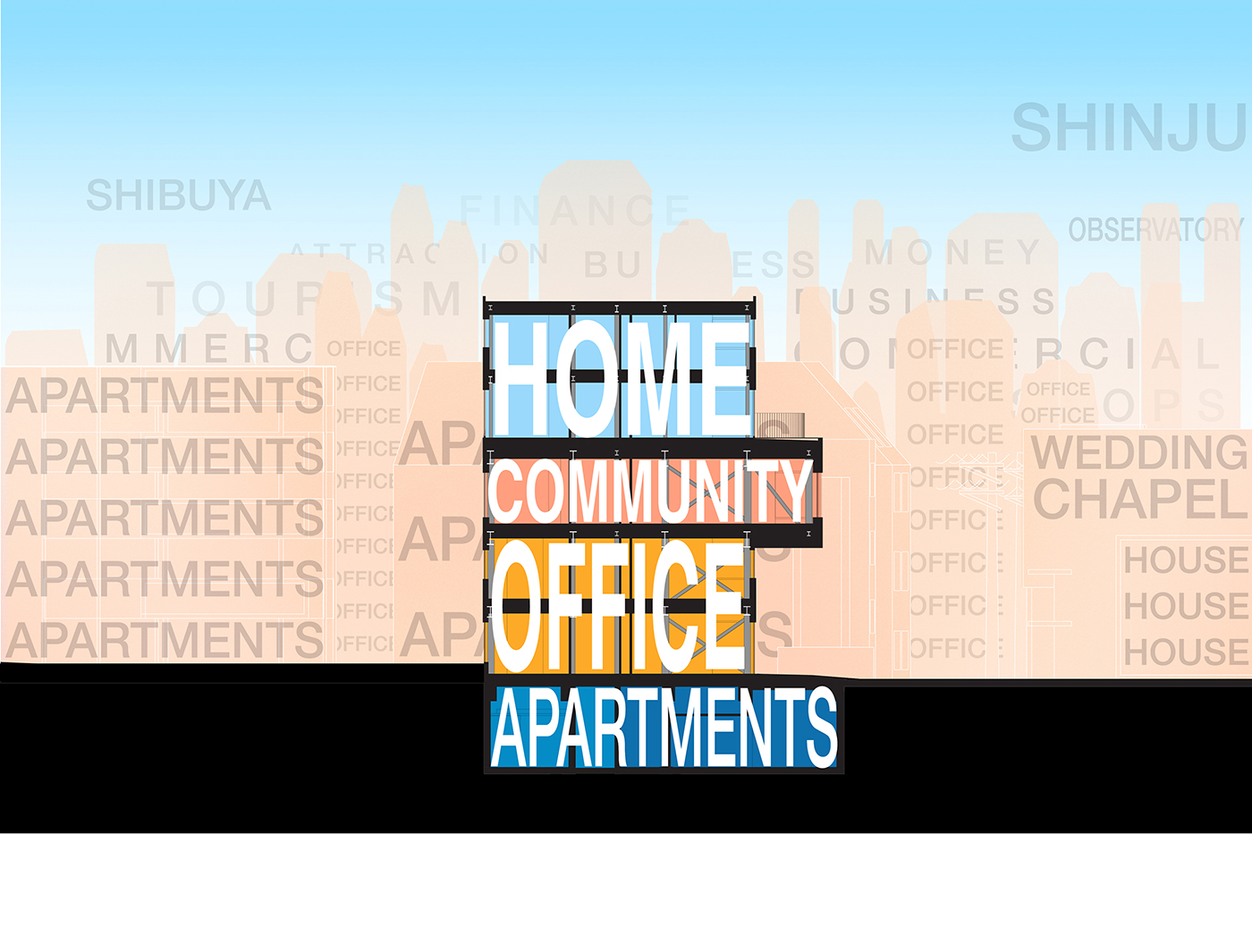 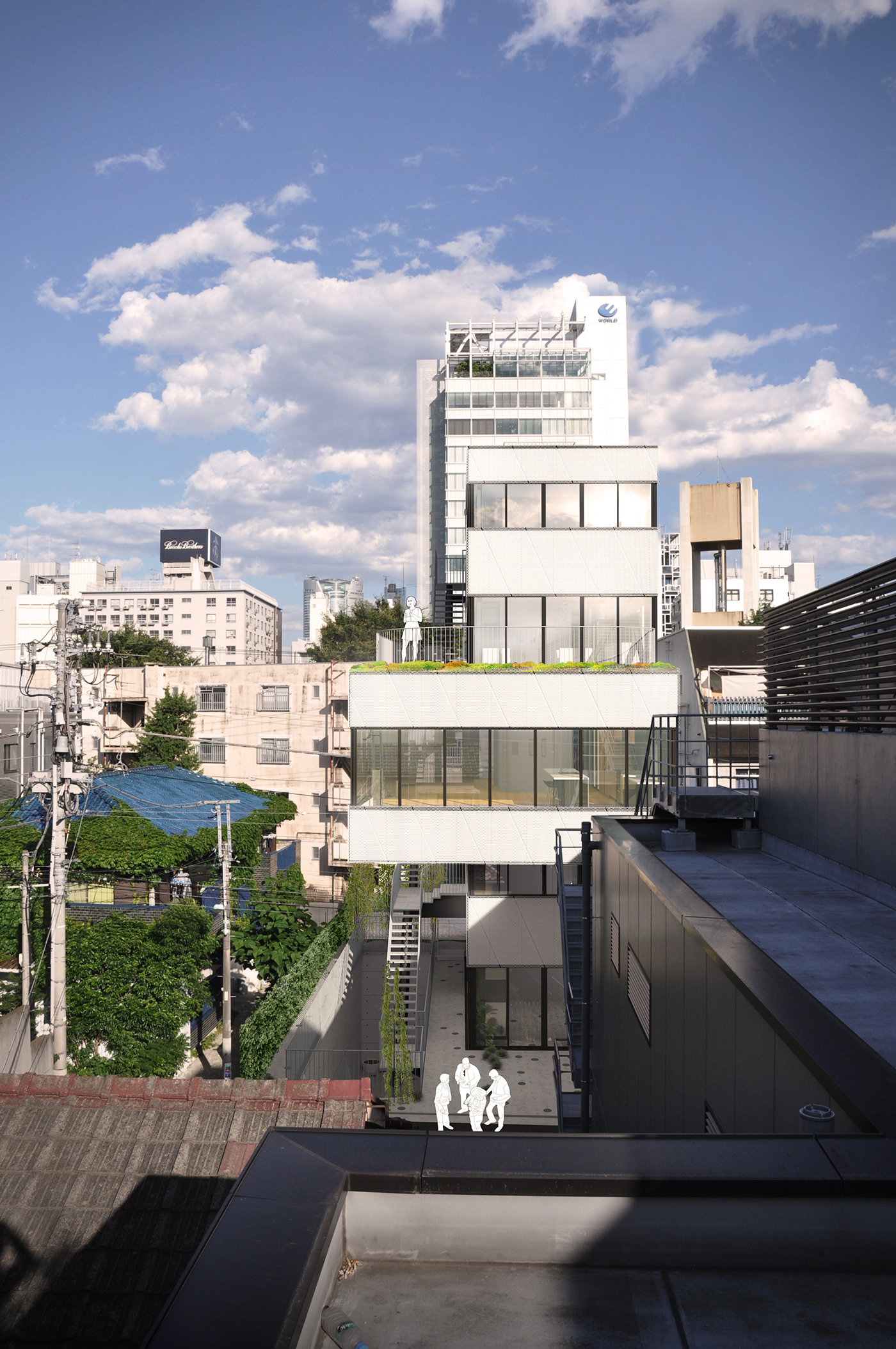 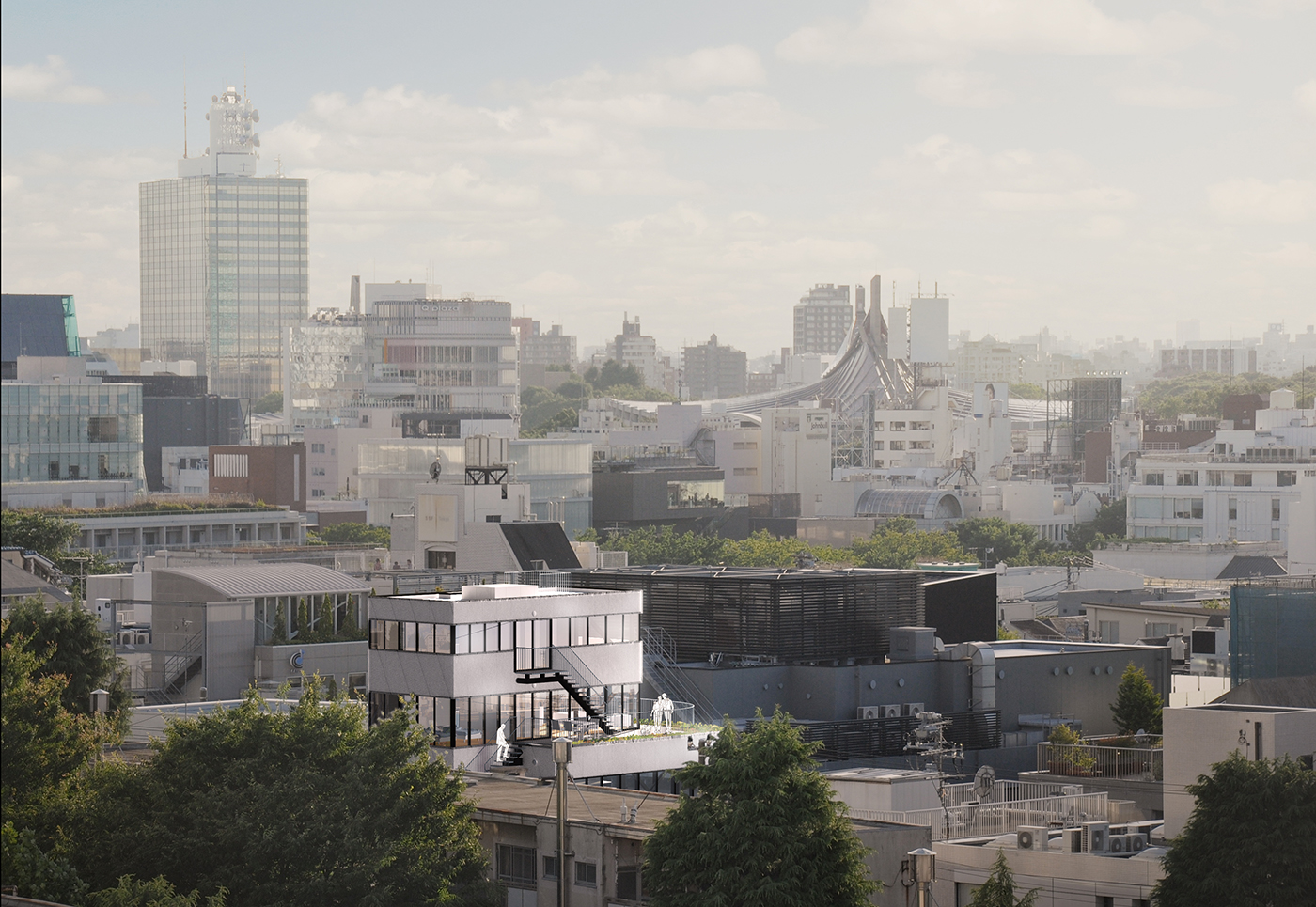 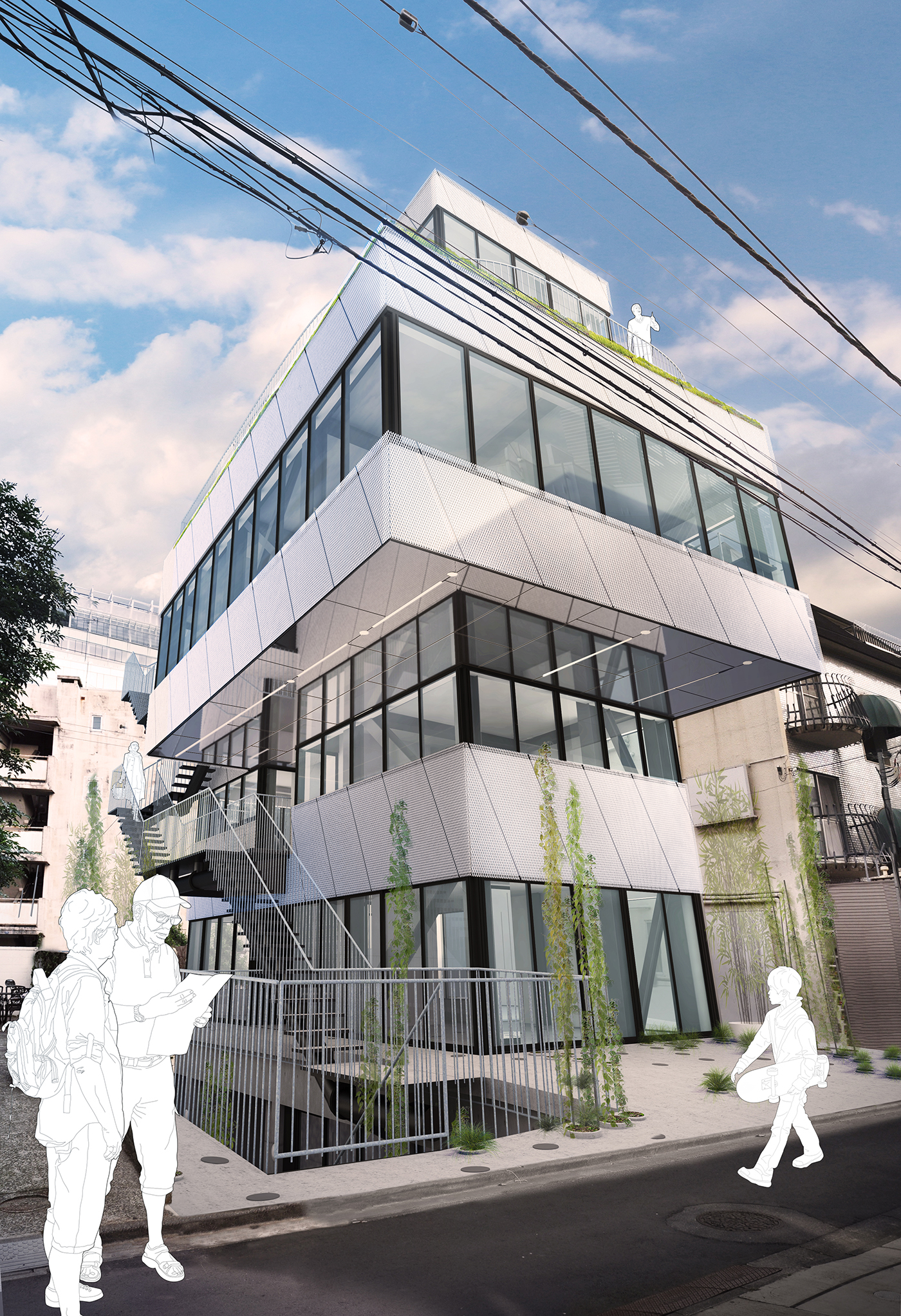 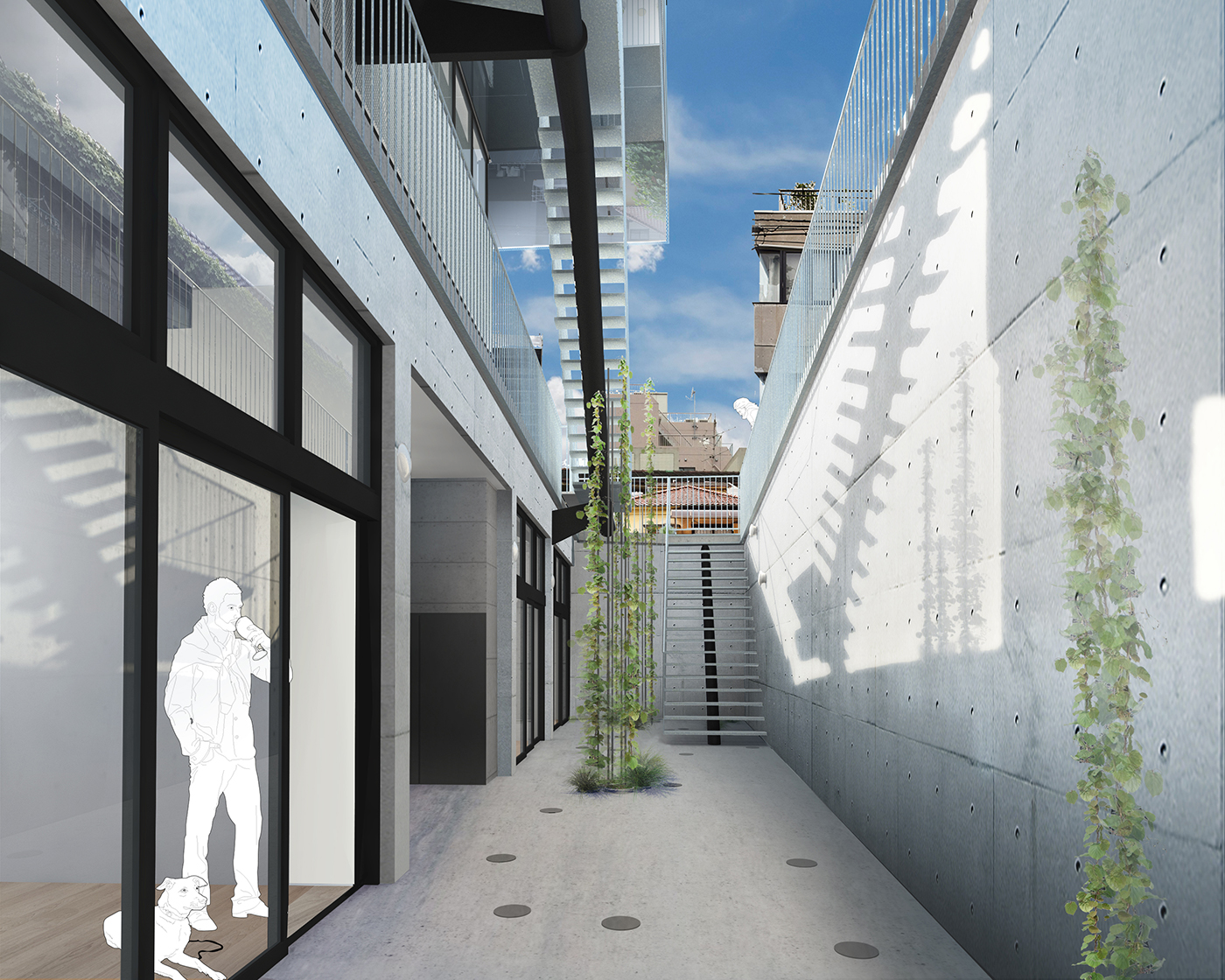 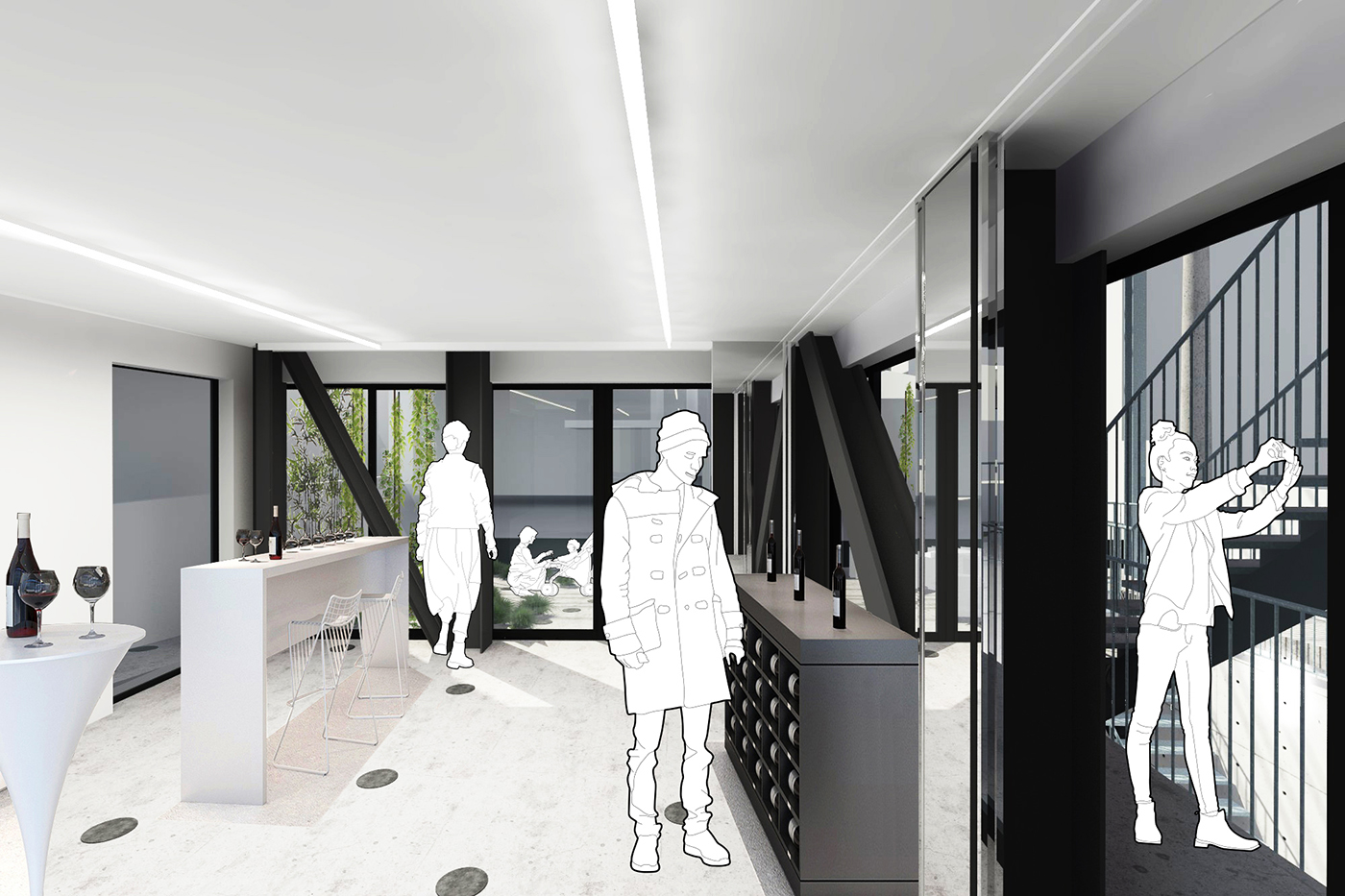 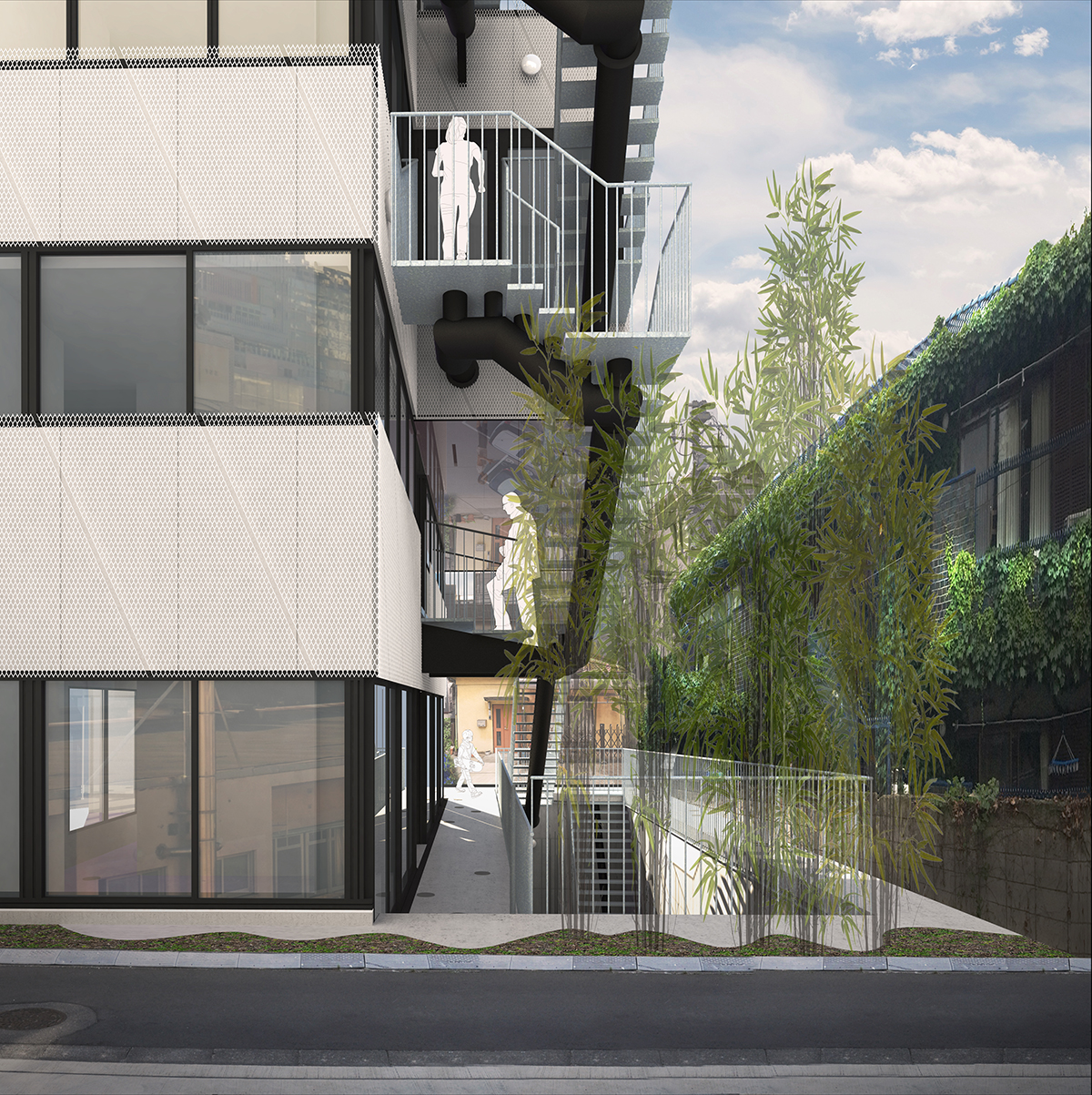 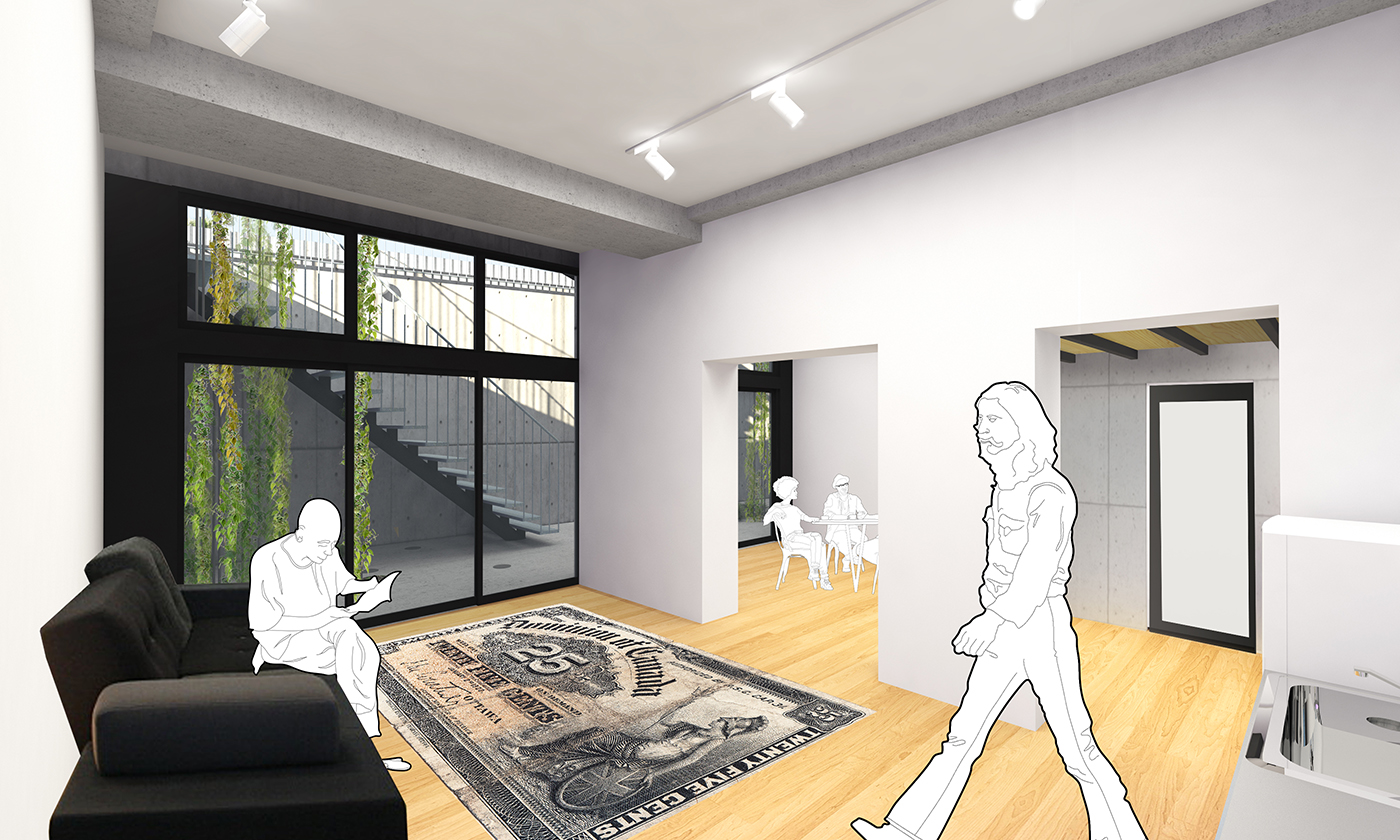 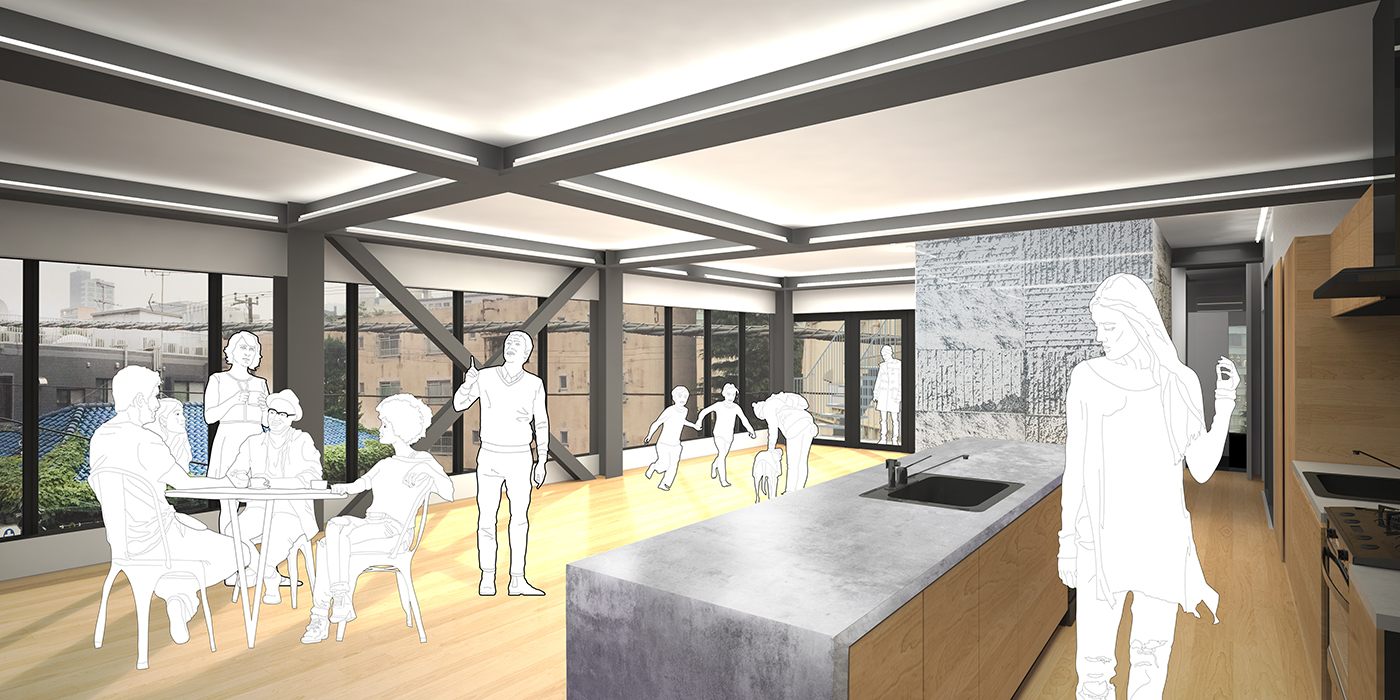 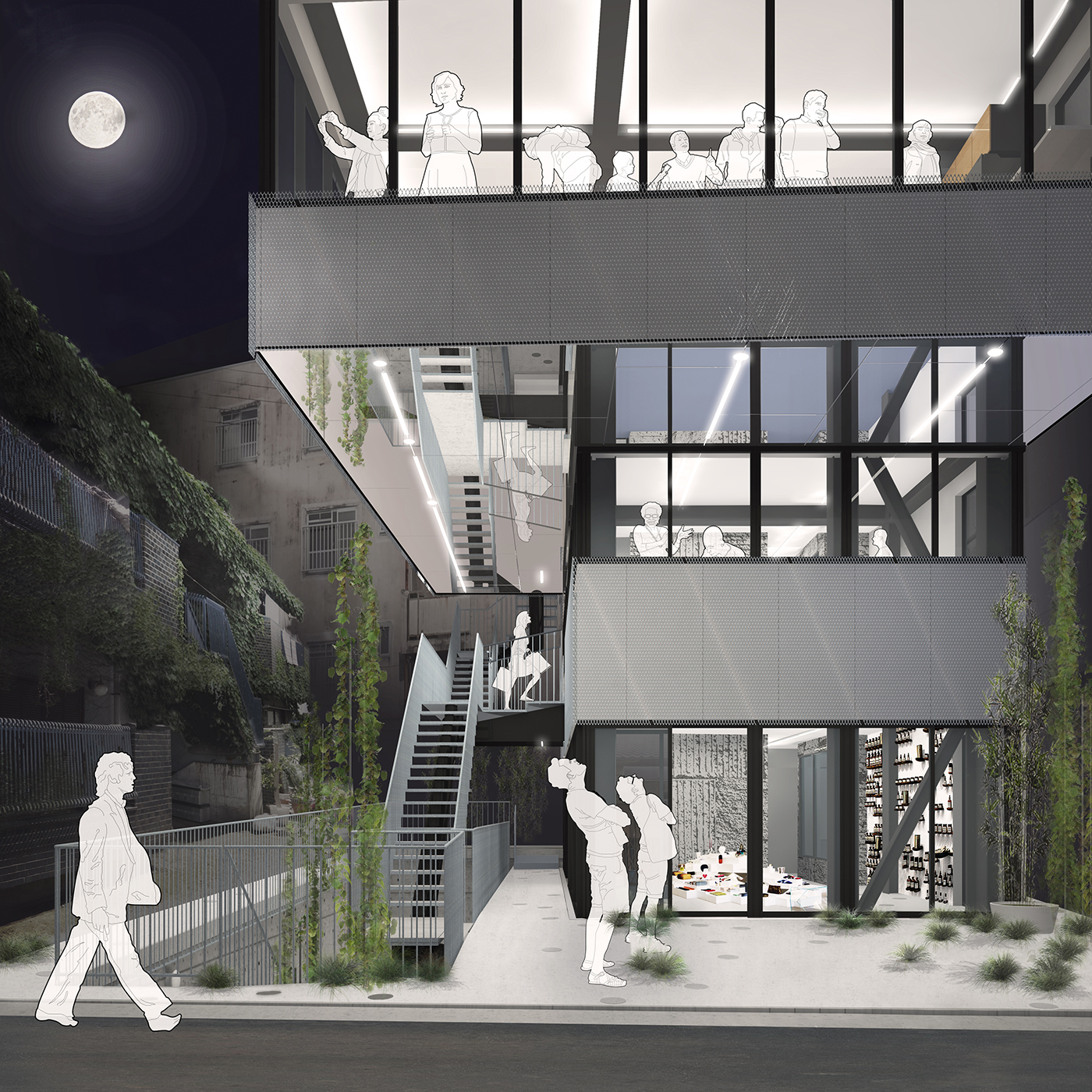