A renovated flat in central Tokyo for a physicist turned banker.

Comfort and luxury in a city with such high density is defined modestly - by depth of space and an absence of wasted ground. This flat was originally built around just the opposite approach - a typical Tokyo living space, it was made with a wildly inefficient series of small isolated rooms and very low ceilings.

In our updated version of the space, we aimed to simplify the organization and introduce as much depth as possible. The rooms are connected as a chain of spaces, without hallways, in order to maximize comfort and develop a sense of space without any waste. Ceilings were raised as high as possible, and all exterior surfaces were finished with concrete panels over a new layer of insulation. Existing service ducts were replaced with insulated concrete pipes, but exposed as needed, becoming a feature of the home.

The depth of the city is borrowed for the daily routines of those living in the flat, and is as visible from the entrance hall as much as from the living room and bedroom - affording a spacious impression of the otherwise small home.

If we are to live in the city then it is essential to work out how to use the high density urban environment to extend comfort. This assumes that the environment is an amenity and as a result blocking out the surrounding city would be a waste. 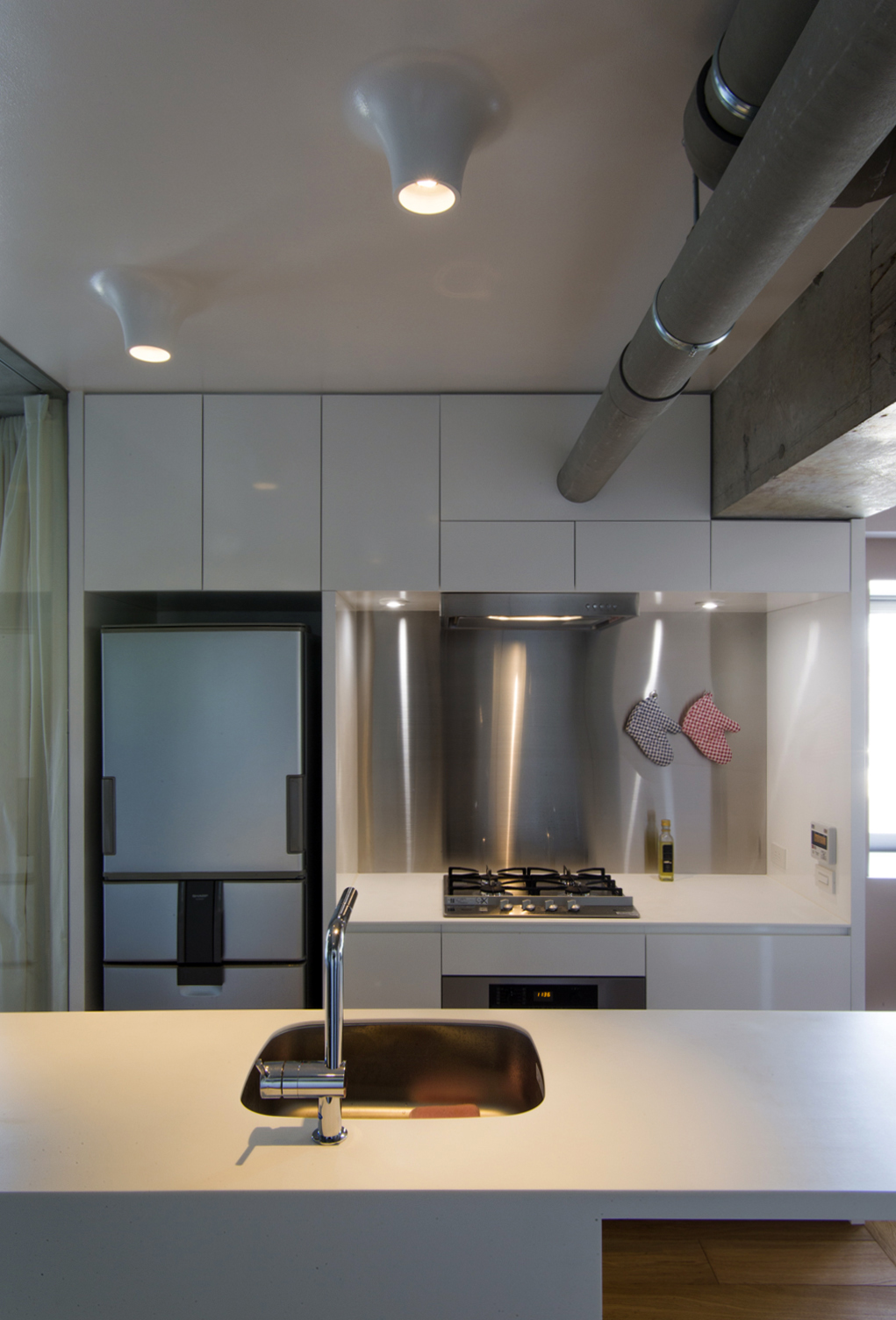 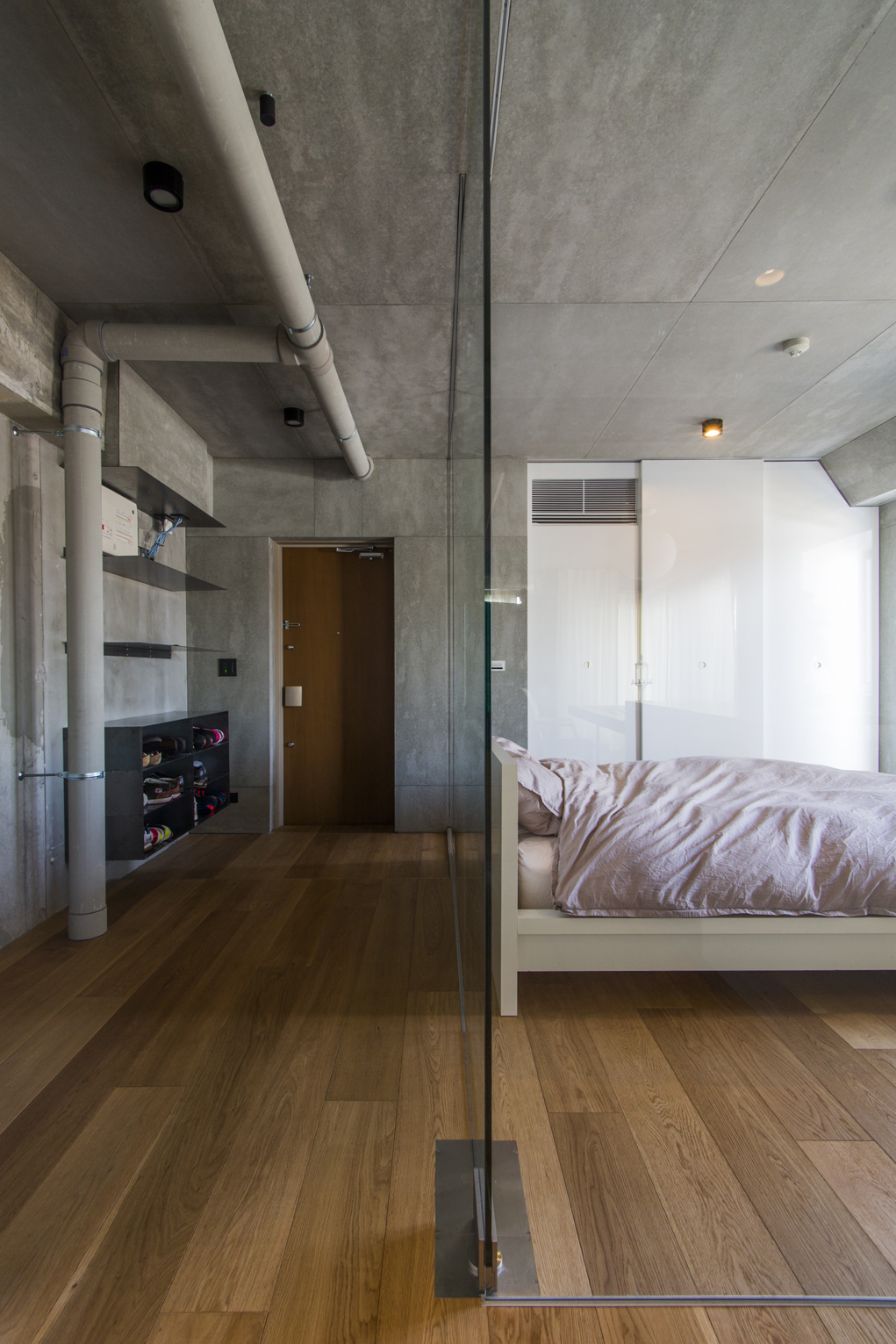 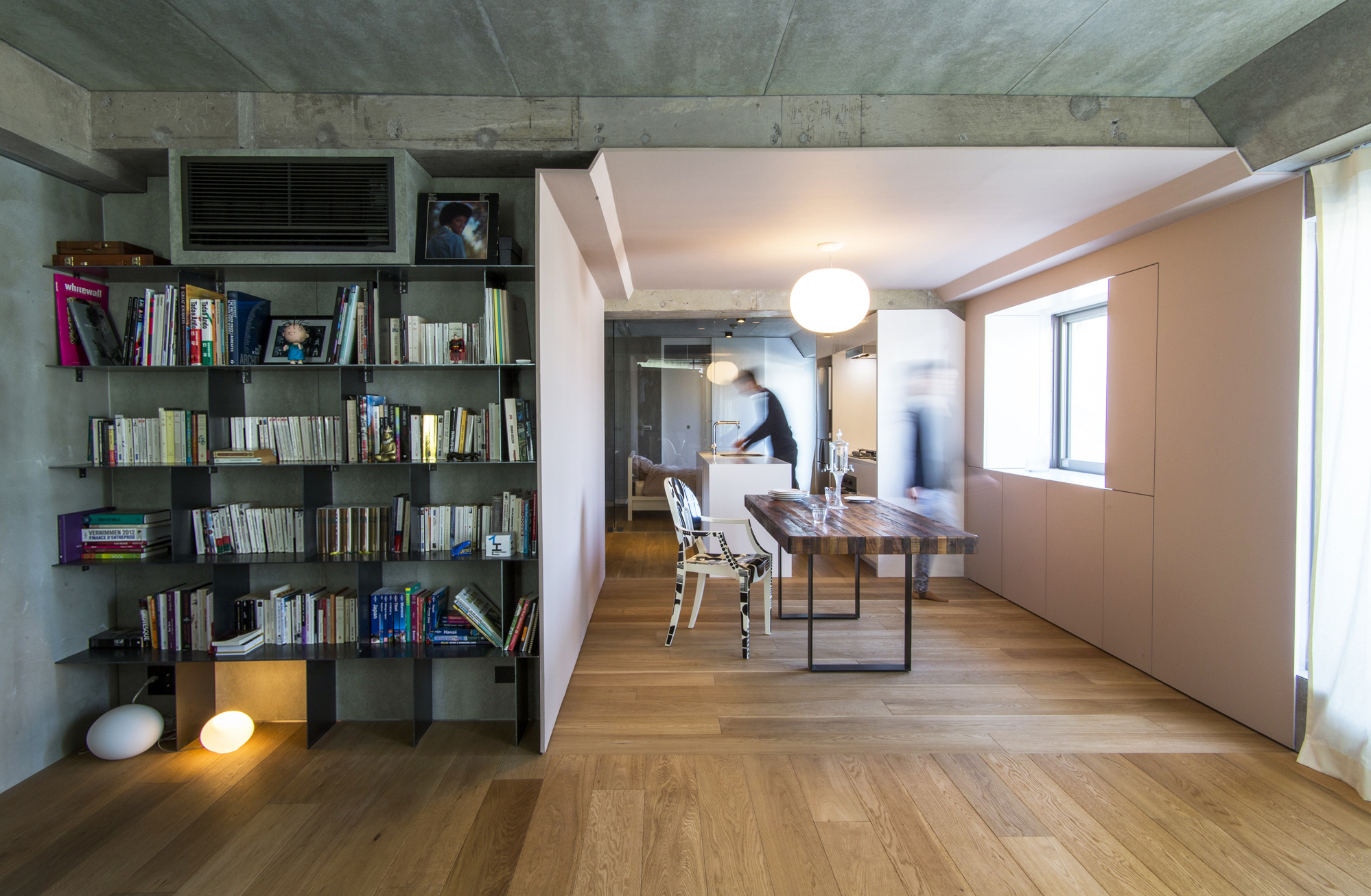 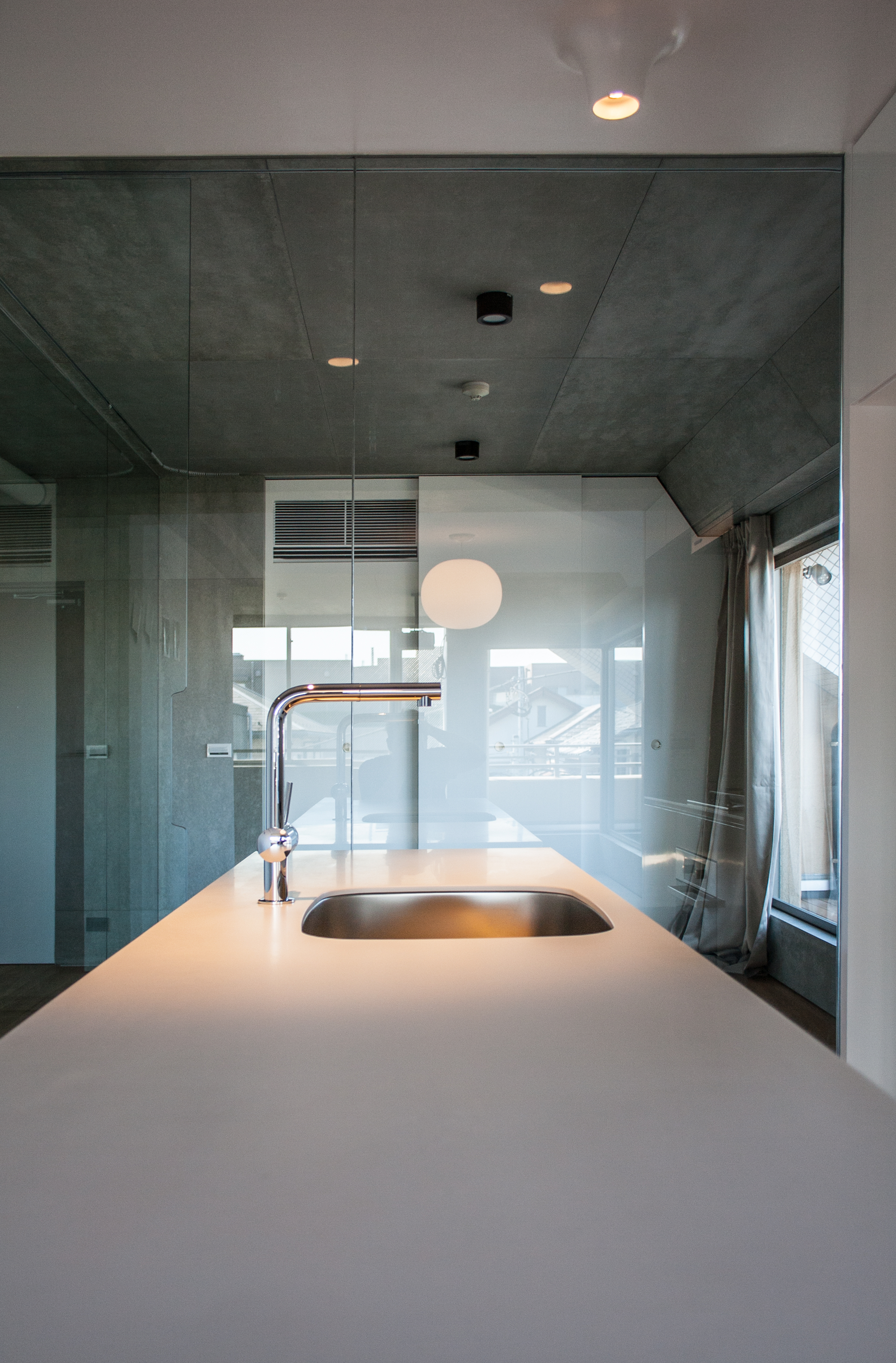 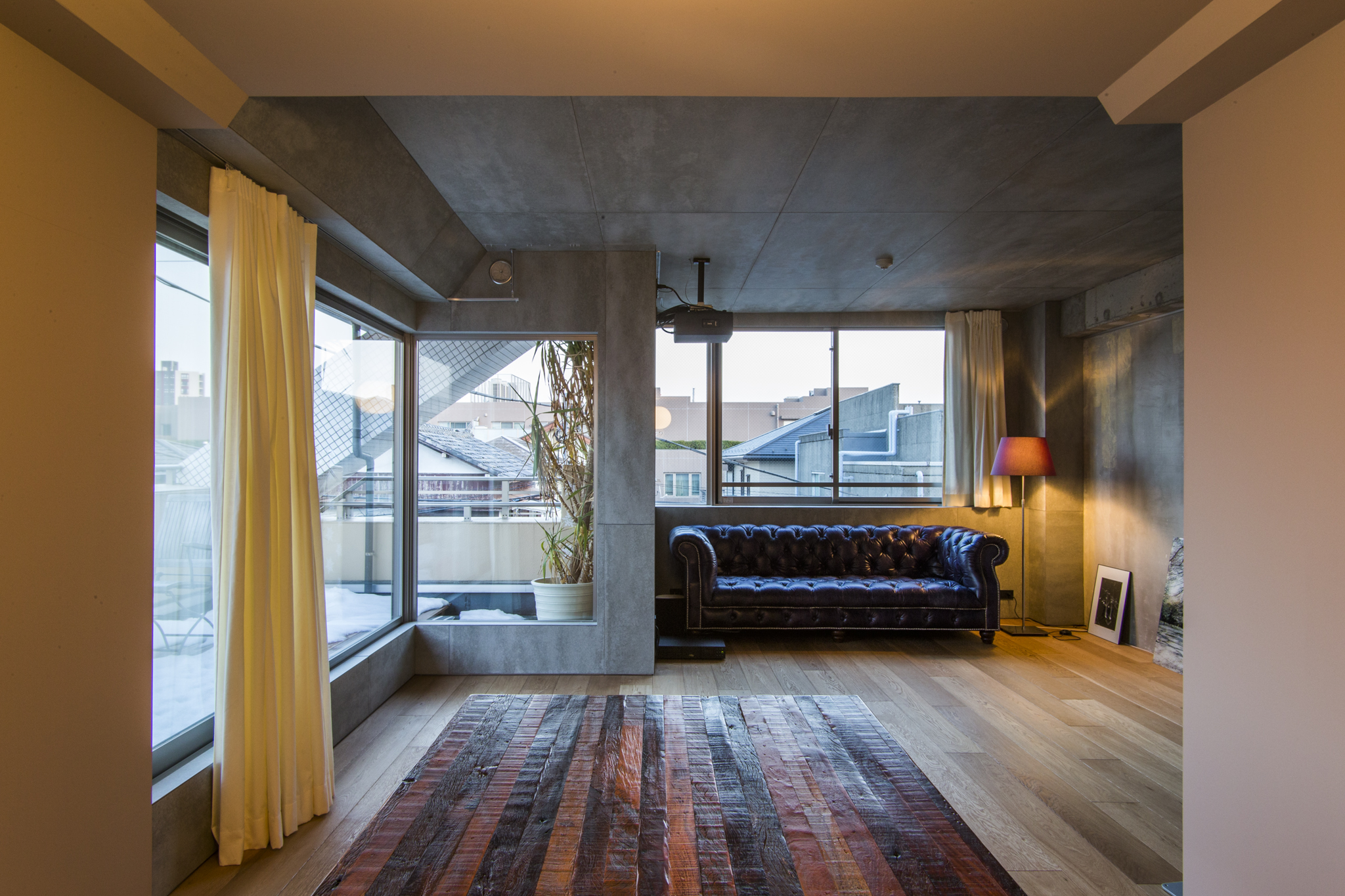 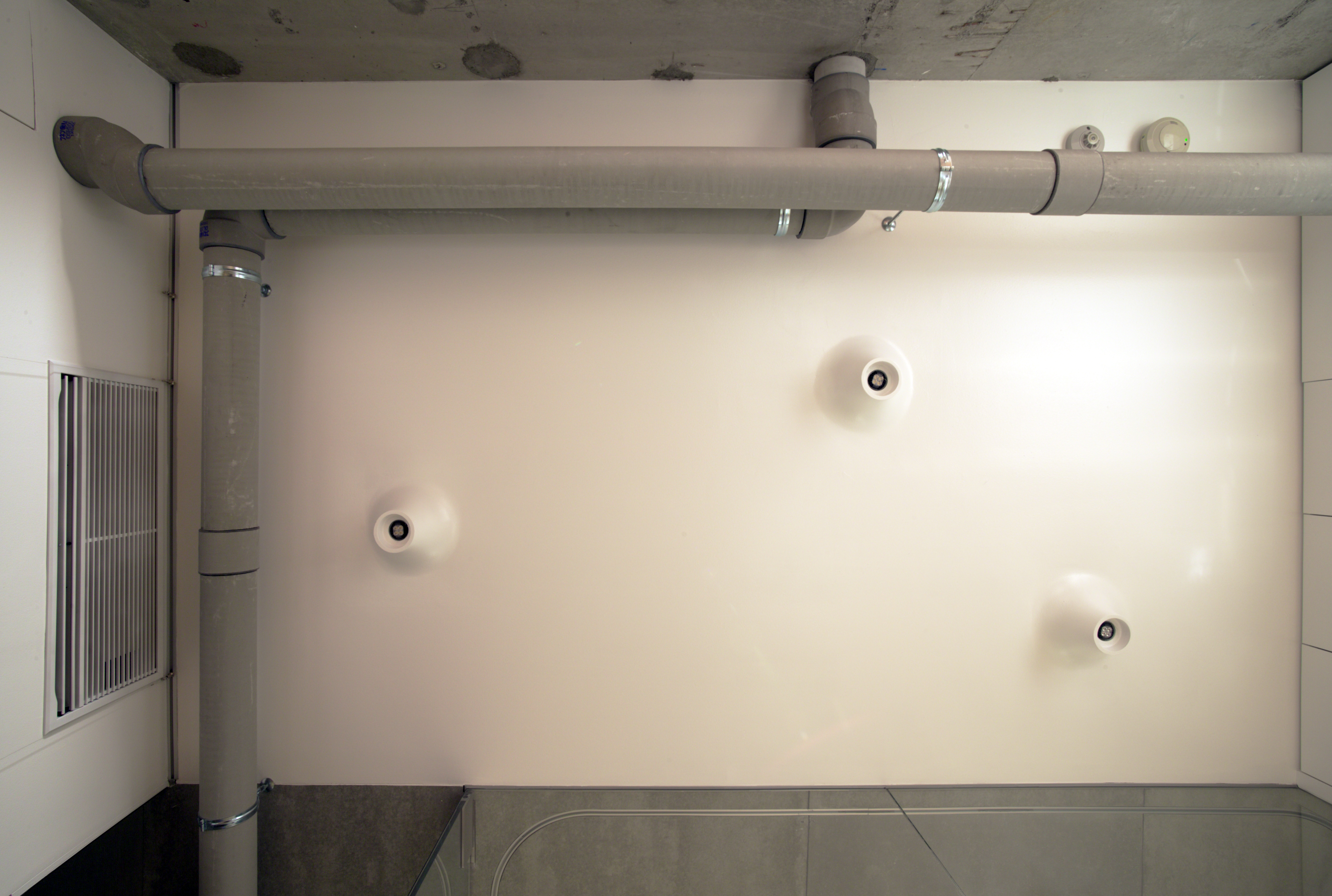 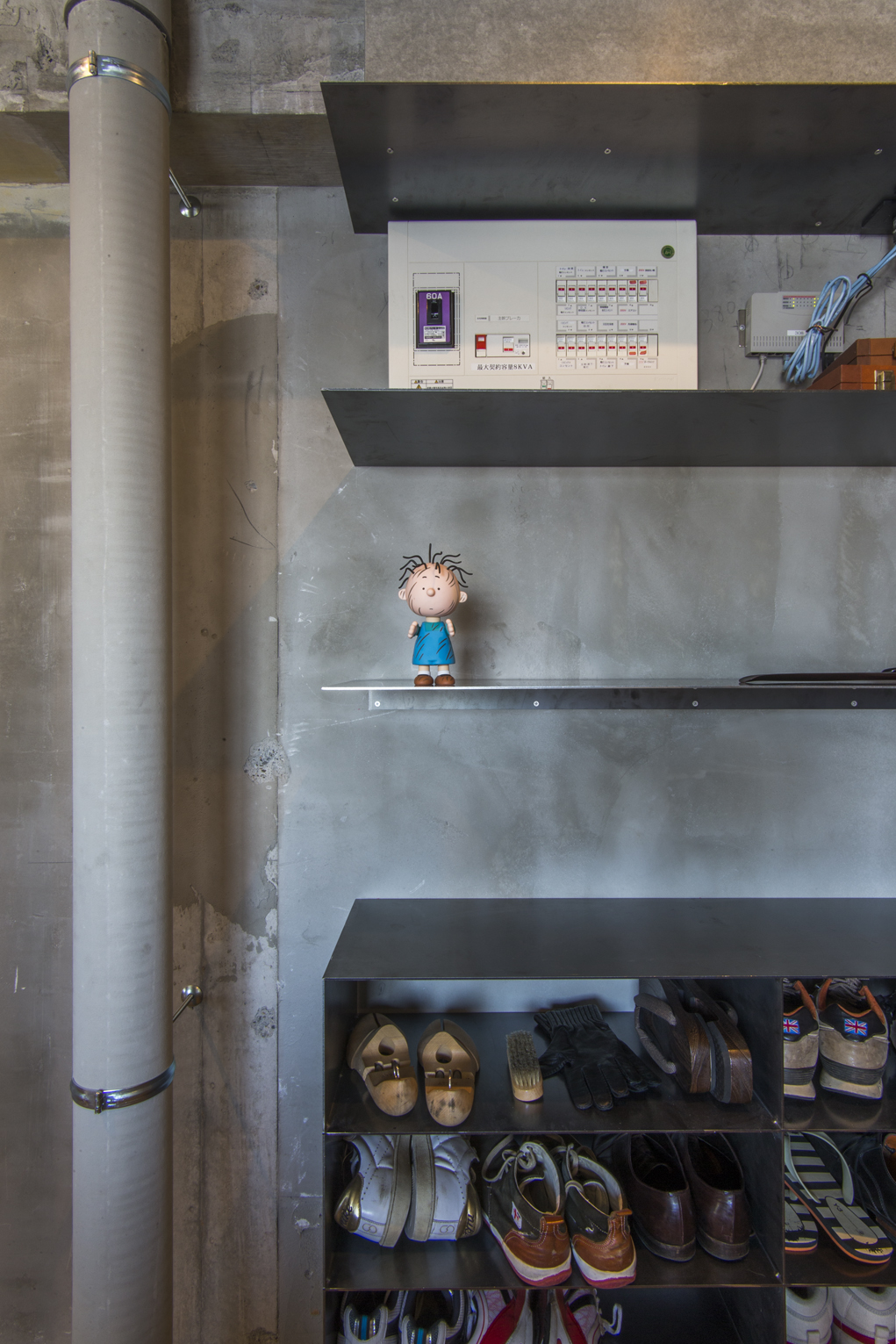 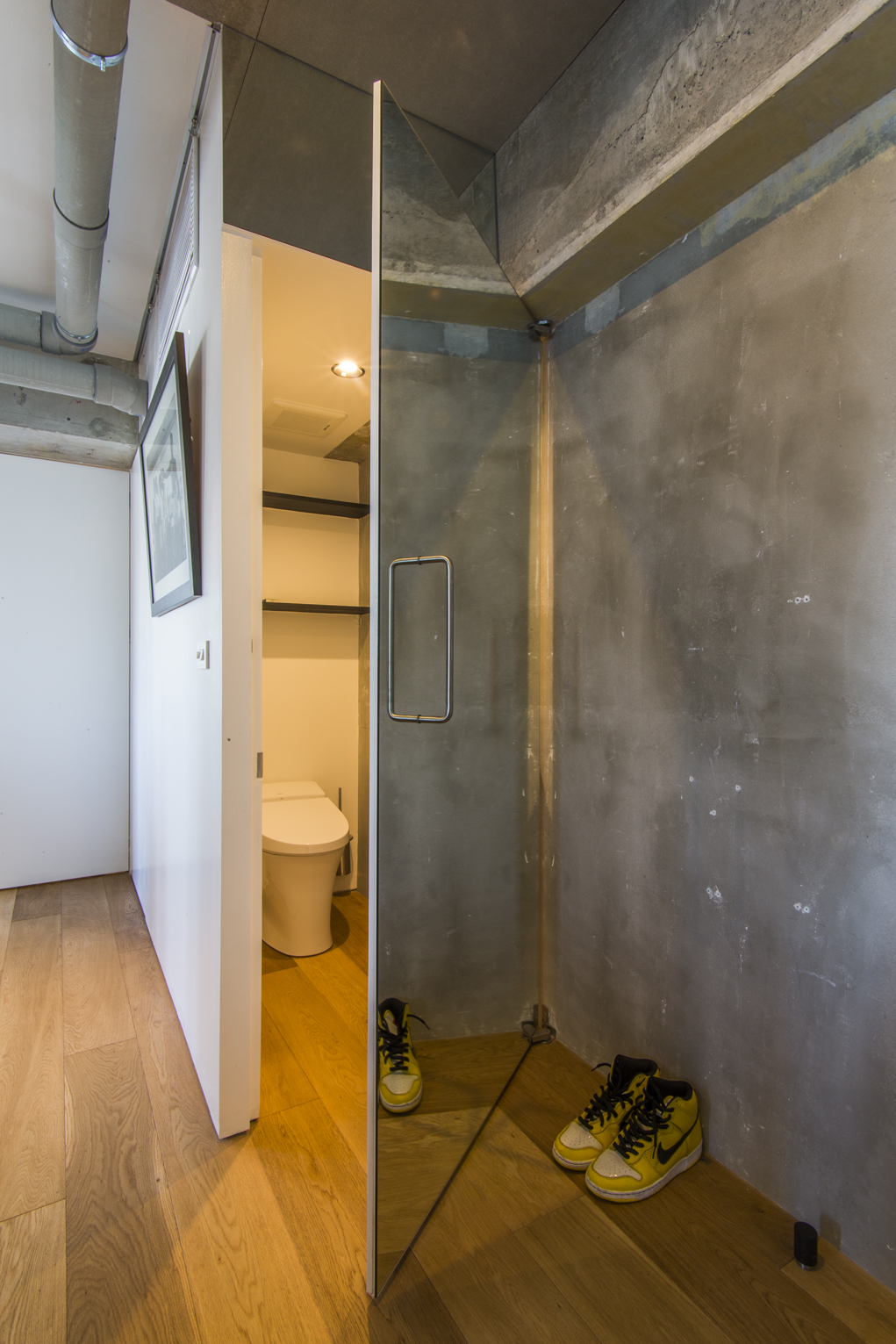 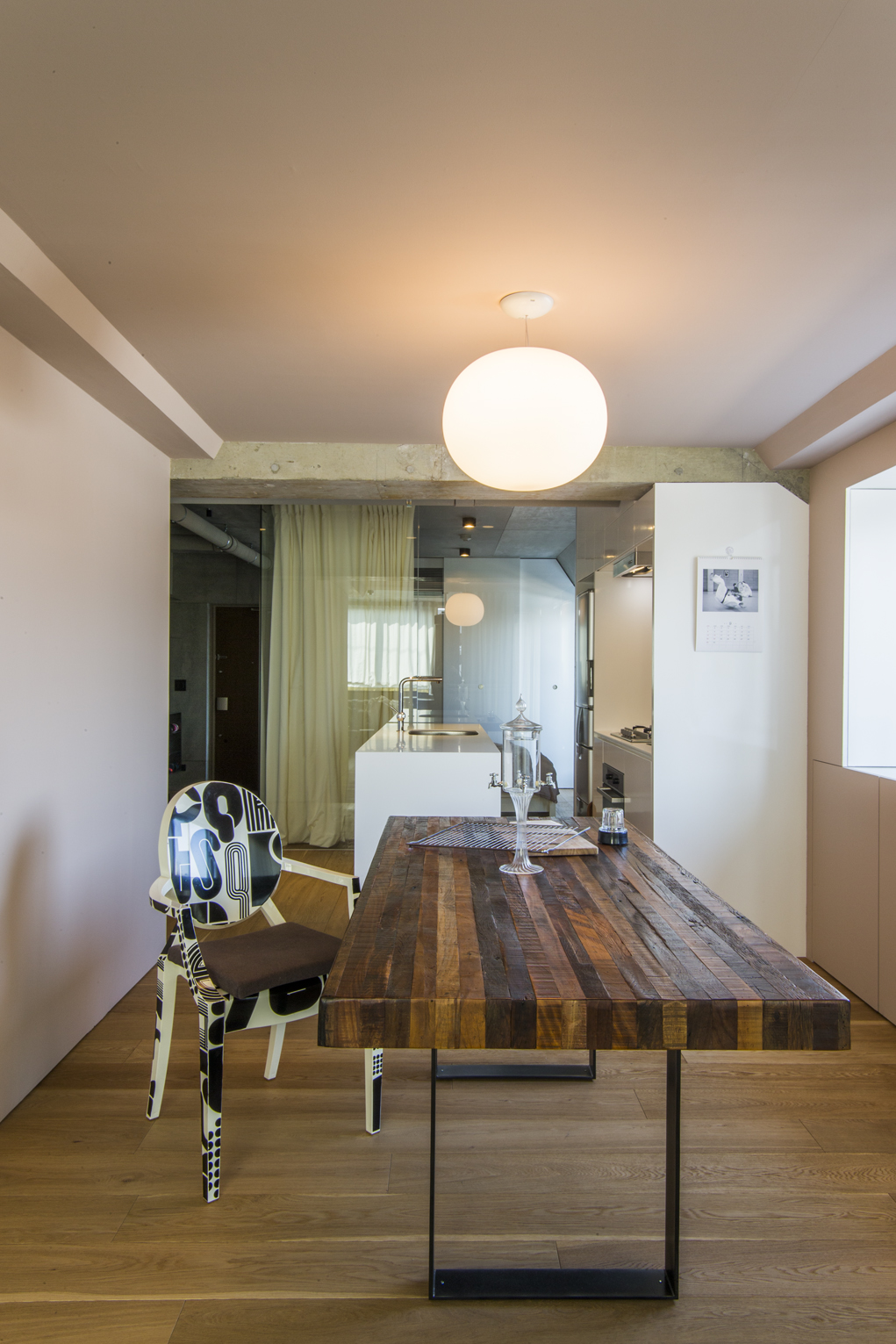 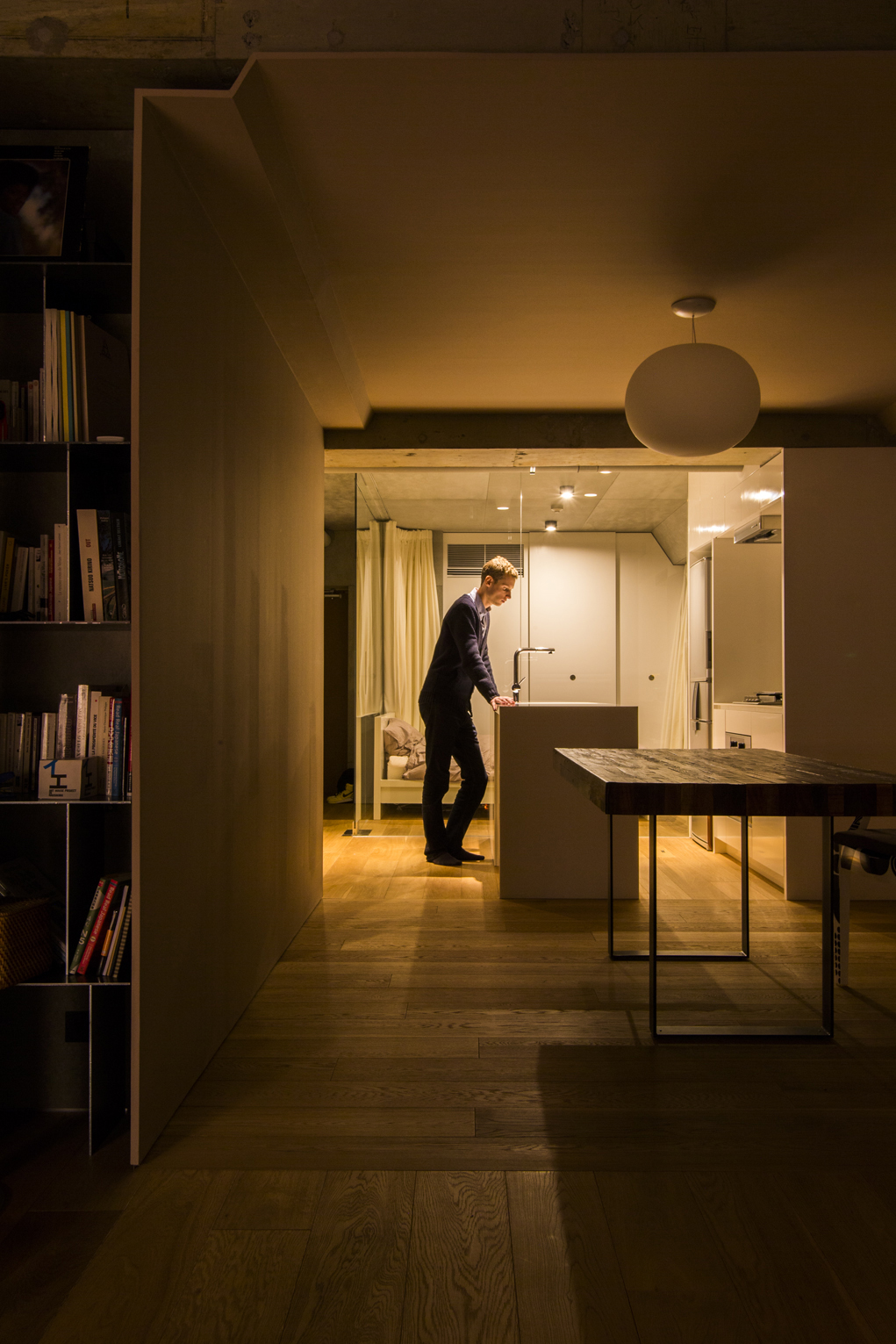