About three and a half hours South-West by train from Tokyo lies the bohemian beach town of Shimoda. The White Beach Hotel stands in an area called Kisami. Once a party destination it is now being remade as a family hotel to reflect changes in the visitors to the area . On land above the hotel, two flat areas were blasted from the mountain side decades ago in order to clear space for parking and tennis courts, but have since been abandoned. These flat spaces are also now a rarity, as the entire area has been converted to a national park and the kind of wanton destruction that created such places is now prohibited. With this history in mind the annex aims to rehabilitate the land and create a new landscape for living close to the beach. .

In order to minimize the impact the addition is made up of just four units, each 100m2 and combined into a single continuous volume. Each unit is identical except for the shape of the roof and the height it sits from the ground. By shifting up and down it is possible to create a green roofscape that maintains privacy without losing views to the beach and the mountains for each of the residents. The sloped roofs are a requirement for construction in the national park, but offer a green space to sunbathe and relax above the ocean. Walls are built from translucent polycarbonate insulating panels that bring the mountains, the beach, and light into the home year round. Instead of a simple hotel we are proposing to build a place where the interior is as special as the land around it. 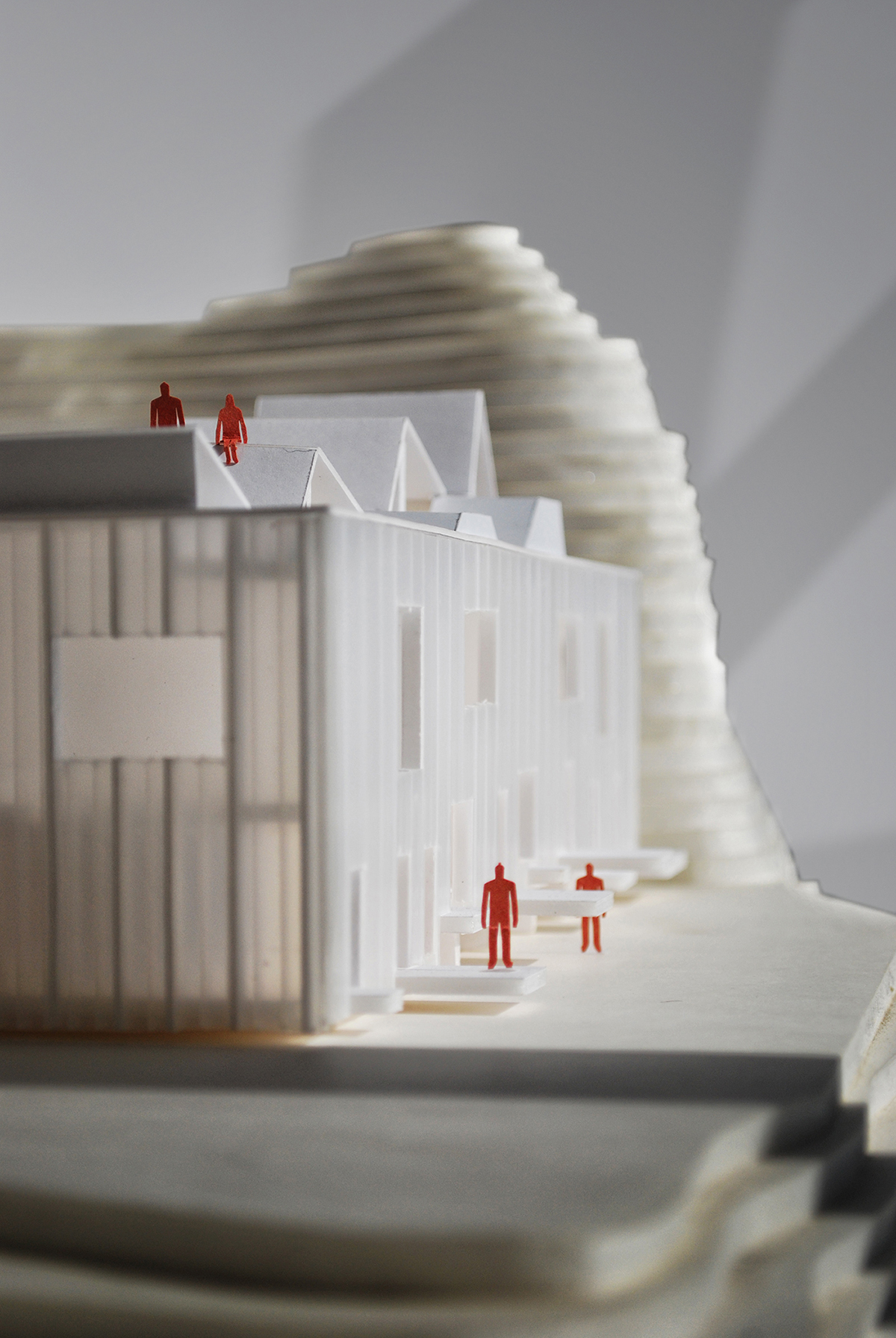 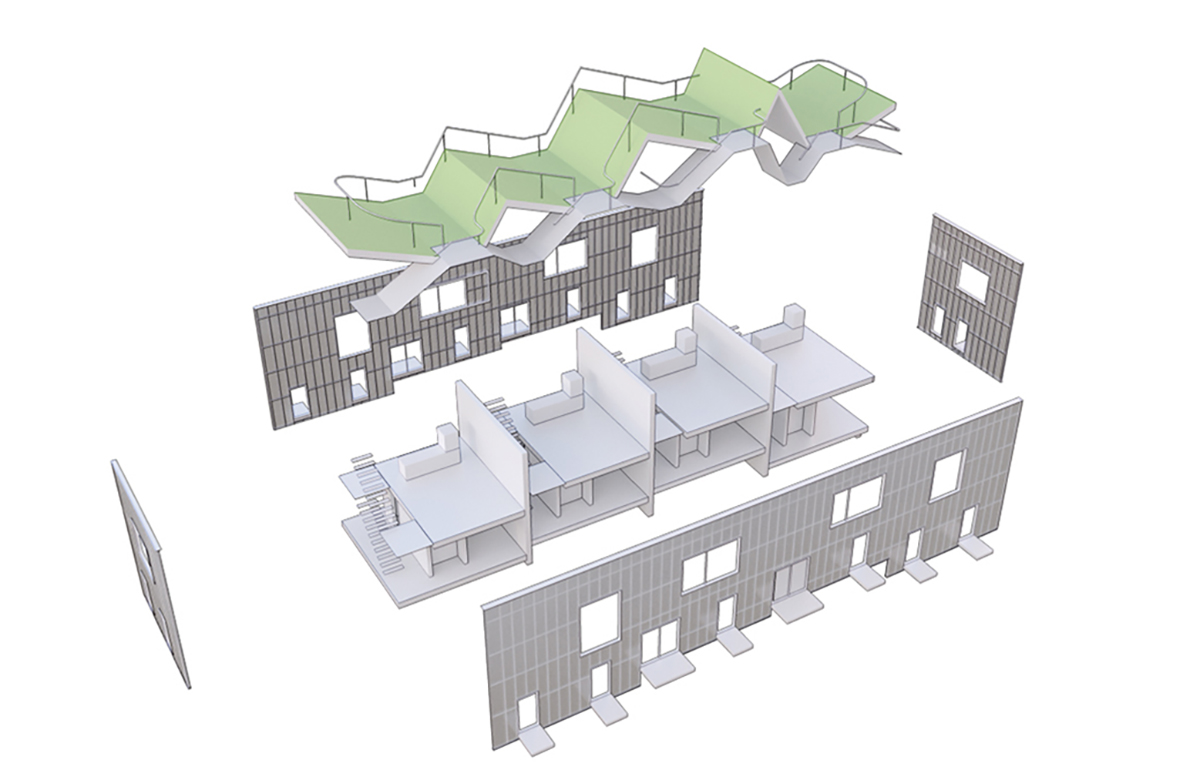 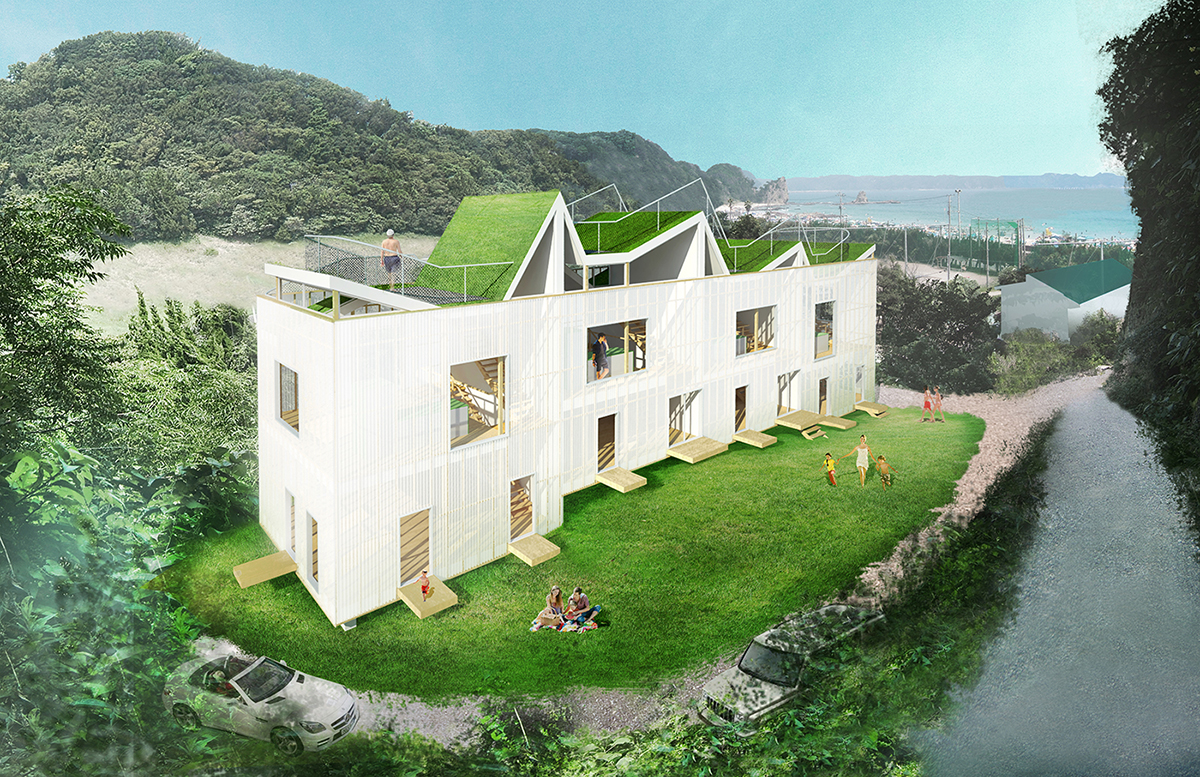 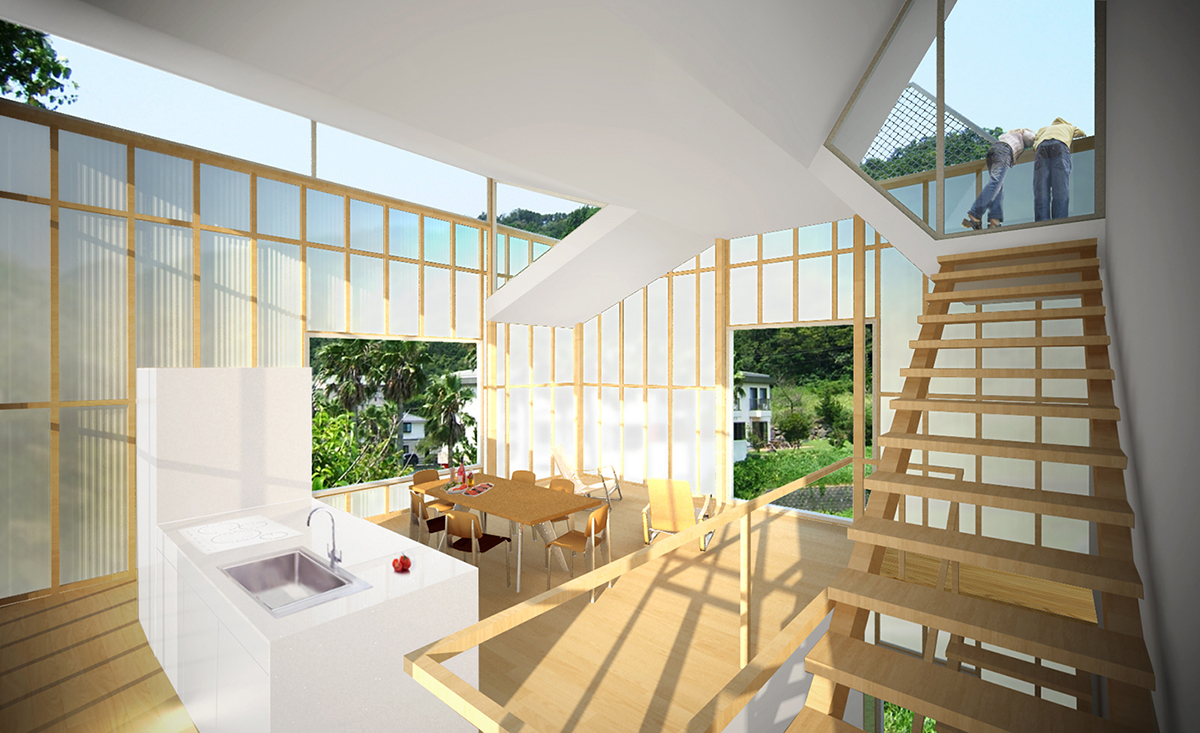 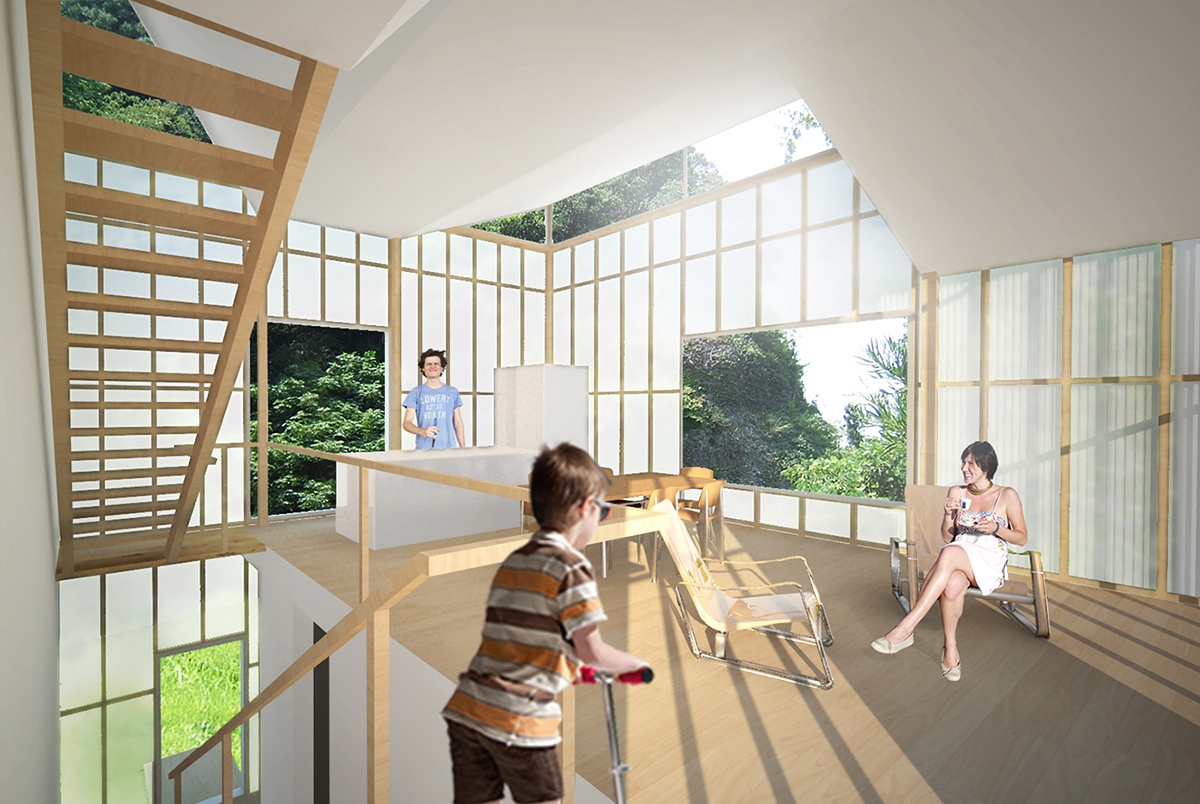 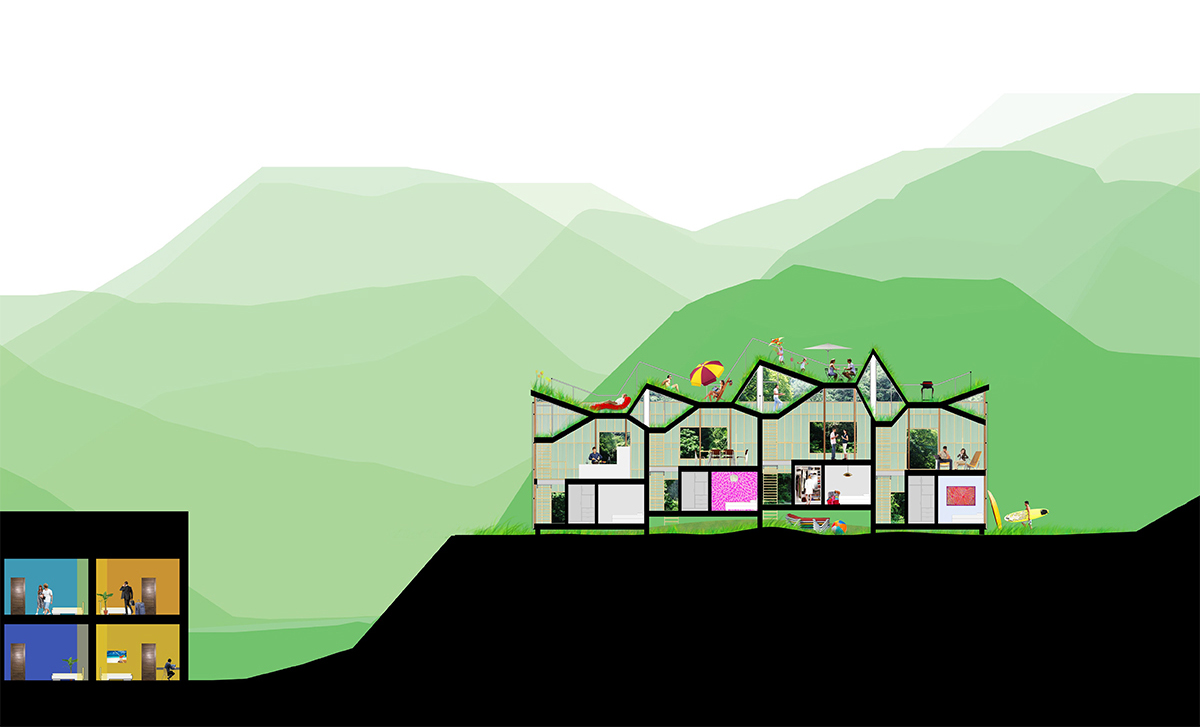 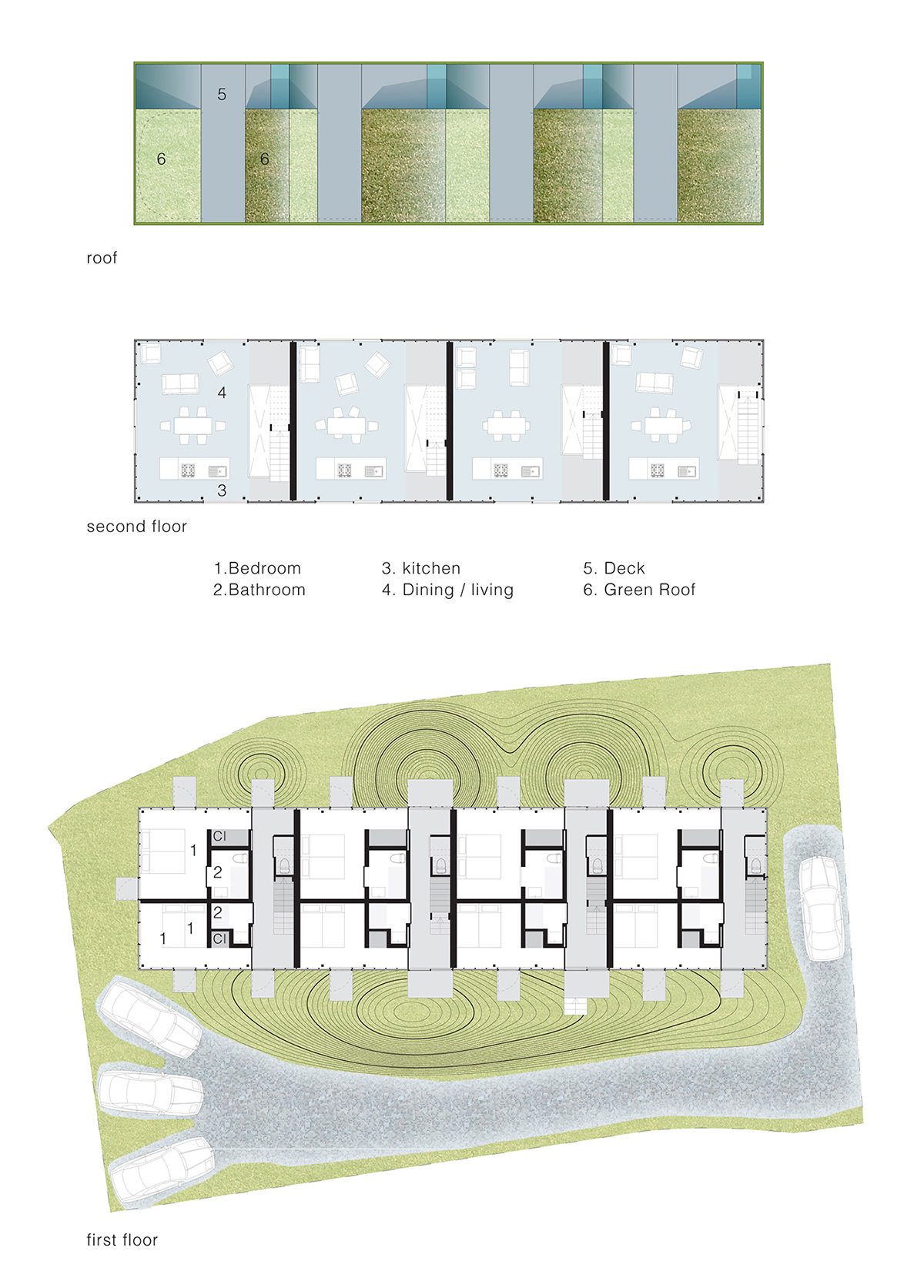 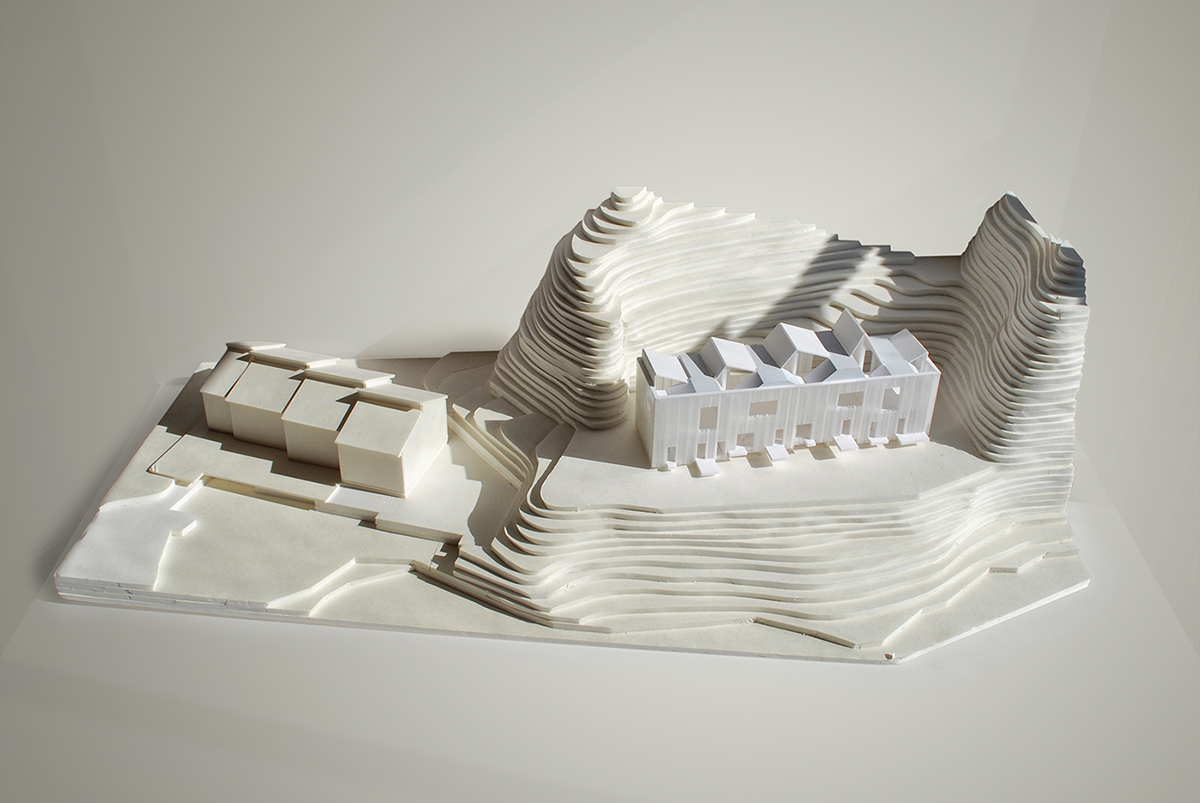 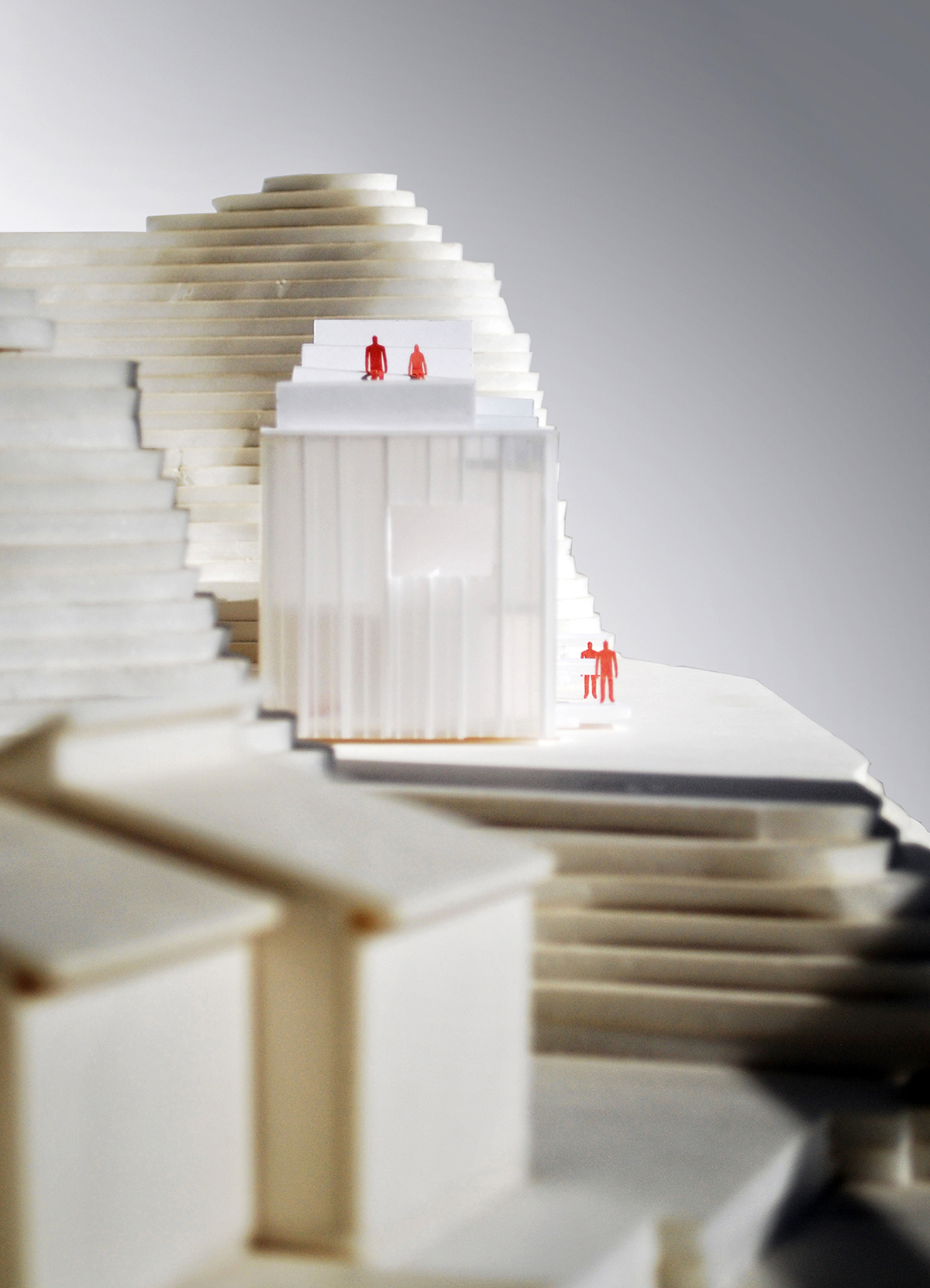 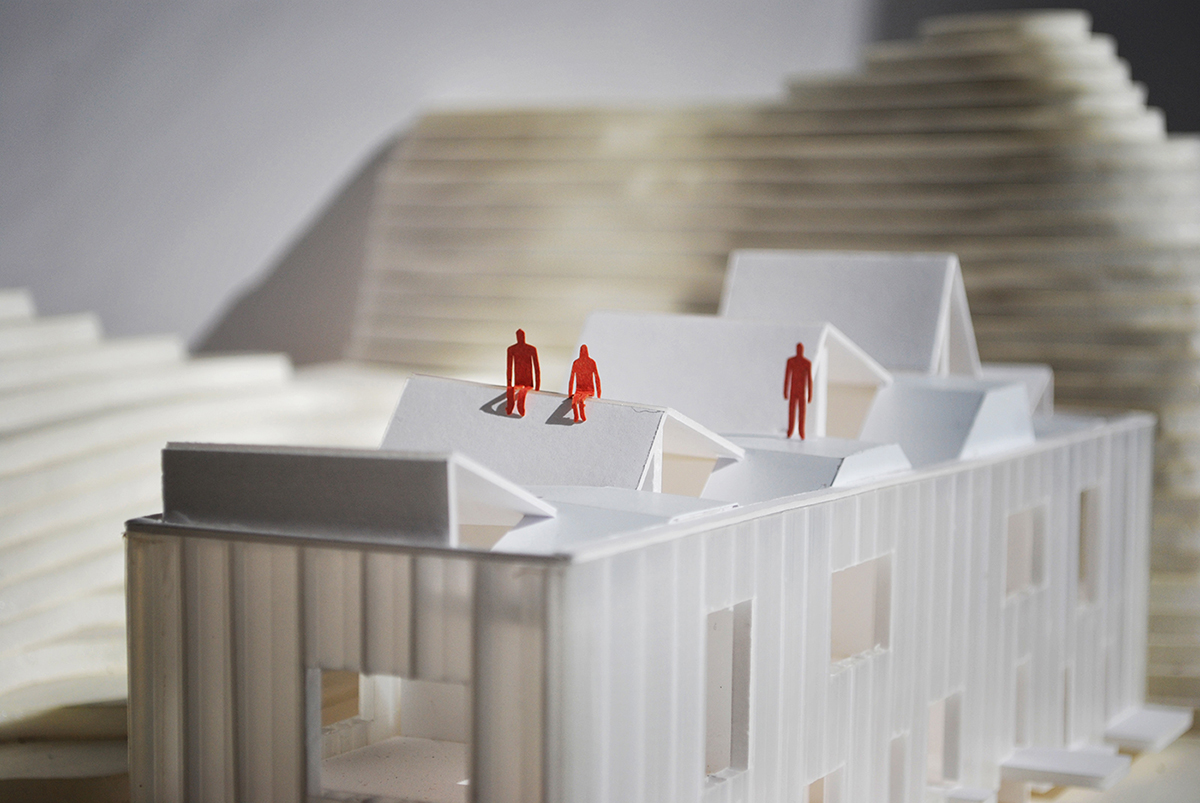 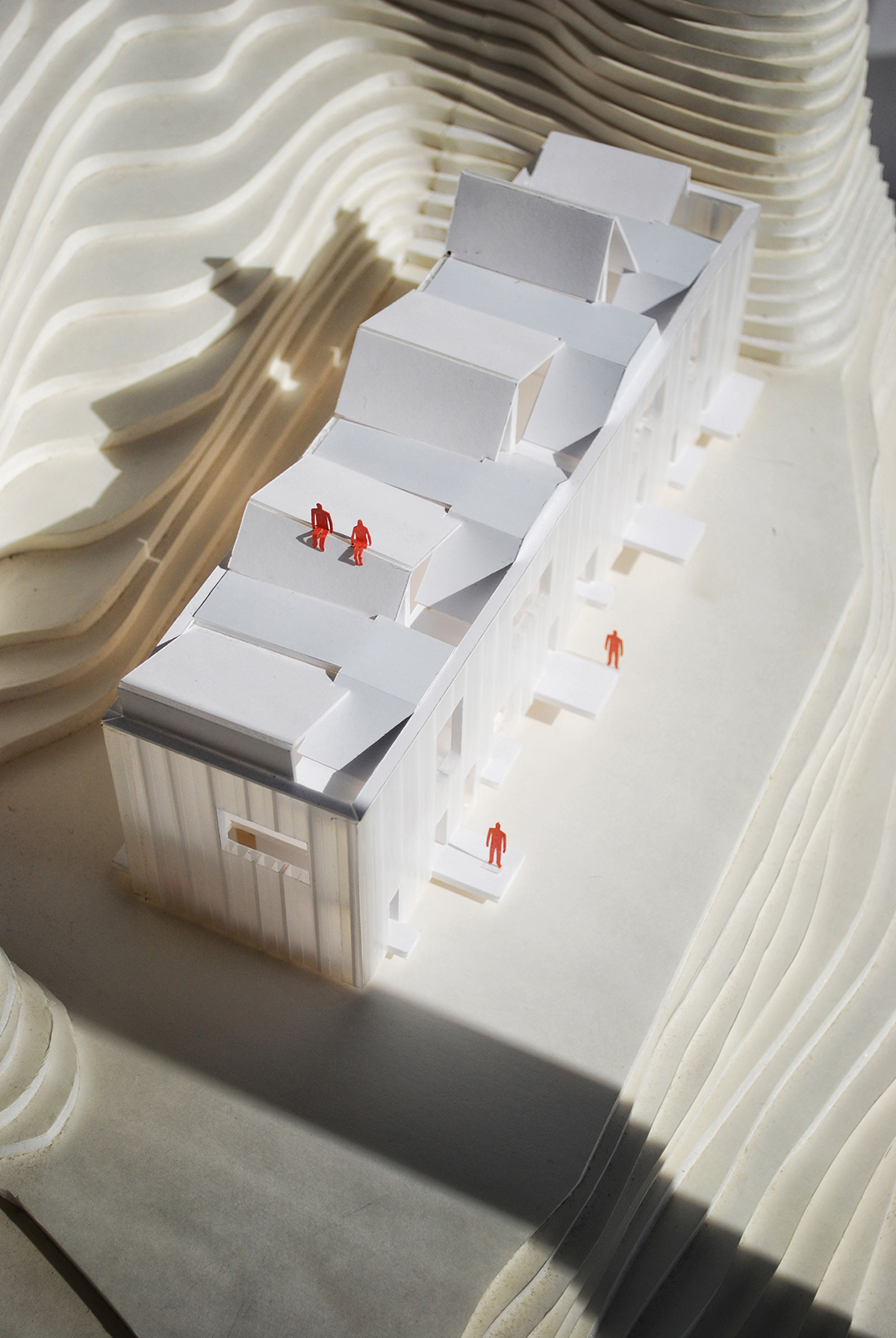